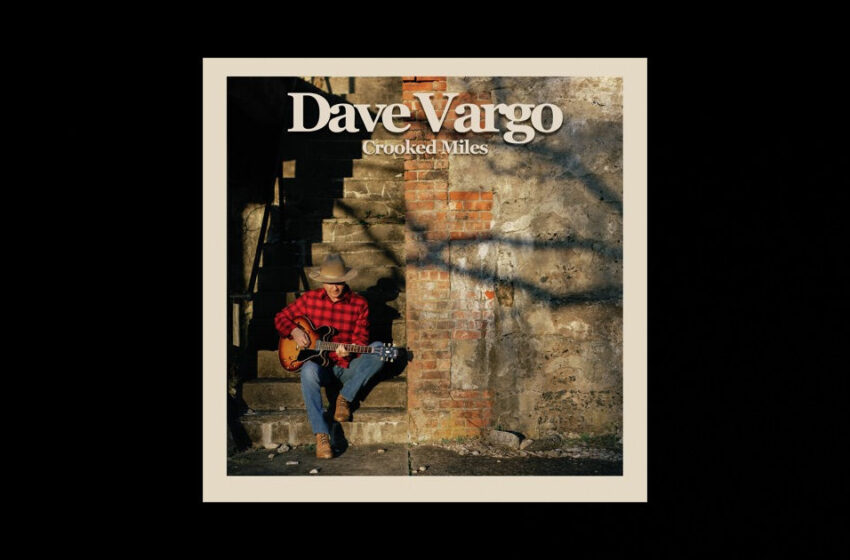 Hmmm…there’s a coincidence for ya…from “Fault Lines” last year to “Nobody’s Fault” this year – you know Dave, there are many other words out there my friend!  The dictionary is a big ol’ book.  Just sayin.’

On the bright-side of things, clearly I remember the guy.

The real question is…would I remember him if it was “Nobody’s Fault” that I had heard first I suppose – and I’m not entirely sure I know the answer to that.  It’s a good tune…the melody’s intact and it’s played as well as you’d expect to find from Dave…these are positive things for sure.  Is it going to be the single that sets the world on fire?  I’m not as sure about that my friend…but it is a quality cut.  Independent records aren’t all that much different from the ol’ mainstream in that regard…rarely will ya find a single-worthy tune hanging out as track number eight in a lineup, and in the strange case that you do, it’s either a case of a record is stuffed full of them from start to finish, or it’s taken that long to find one in the lineup.  I’ve just got the one tune on my playlist here, so you’ll have to be the judge & jury on what that’s really all about…but the good news is, you can take the story further – Dave Vargo’s new album called Crooked Miles looks like it comes out tomorrow according to his official website, so you’ll be able to help yourself in no time at all there dear readers & dedicated listeners.

Personally, I’m hearing a lateral move here with “Nobody’s Fault” – which in a sense, can be a great thing – if you liked Dave before, I can’t imagine anything stoppin’ ya from liking him now too.  The guy writes a solid song…no real disputing that – and I’m a big fan of the man’s voice as well.  I don’t know that this particular single really pushes him creatively or pushes his craft any further forward from what I’d heard already in the past from the guy…but there’s something to be said for giving the people more of what they love, and really, I’m not complaining – I’m one of those people that’ll happily take another tune from Vargo any time.  It always depends on what the goals really are…and he’s the only one that’s going to know what those truly are – but suffice it to say, it’s very hard to recreate the wheel with our music each and every time, even when that is the goal for an artist or band…which it probably shouldn’t be.  Like I said, there’s something to be said for consistency too of course, and if you’re looking to craft a legacy filled with a specific type of music or a sound that people can rely on, knowing that each time they push play that’s exactly what they’ll get…that can be an extremely great thing in terms of identity.

The chorus is fantastic in this song, that much I can confirm.  You can feel that real magic of music surge forward there and the presence of Vargo come alive that ten percent more you wanna hear when the moment calls for it.  Verse-wise, he’s holding his own…I’m not gonna be the guy to say that the ol’ track eight from Crooked Miles is going to be THE cut of all cuts you’re likely going to find on this record, but the balance and the professionalism is there…and sometimes folks, that’s really all you can ask for.  As I’ve said many times here on these pages of ours, a single moment can completely define a song for many people listening out there…and in hearing the chorus of “Nobody’s Fault,” sure – it absolutely makes sense to me that Dave wouldn’t just wanna leave that behind or on the cutting room floor.  He’s still got that sound & style similar to Toad The Wet Sprocket…again, I’m not gonna be complaining about that, because that’s a band that I personally love…and if Americana/Indie is the vibe he’s looking to create, it’d be impossible to argue he’s missed the mark at any point in this tune from the start to finish.

Five minutes-plus might be a bit of an ask in this day & age for some…and perhaps from this song when it comes to the strength of its ideas overall…but sound-wise, I’ve got no problem stickin’ around for a healthy amount of time when it comes to Dave Vargo’s music…like I’ve been tellin’ ya, he knows his way around the style he’s looking to create, and his professionalism seems to be as locked in as you’ve ever heard it to be.  For a track eight on a record, it’s pretty exceptional stuff…that’s probably the best thing I can tell ya…if the quality runs this deep into a lineup, that can often be a great thing – give him a listen.

Find out more about Dave Vargo at his official website at:  https://davevargomusic.com