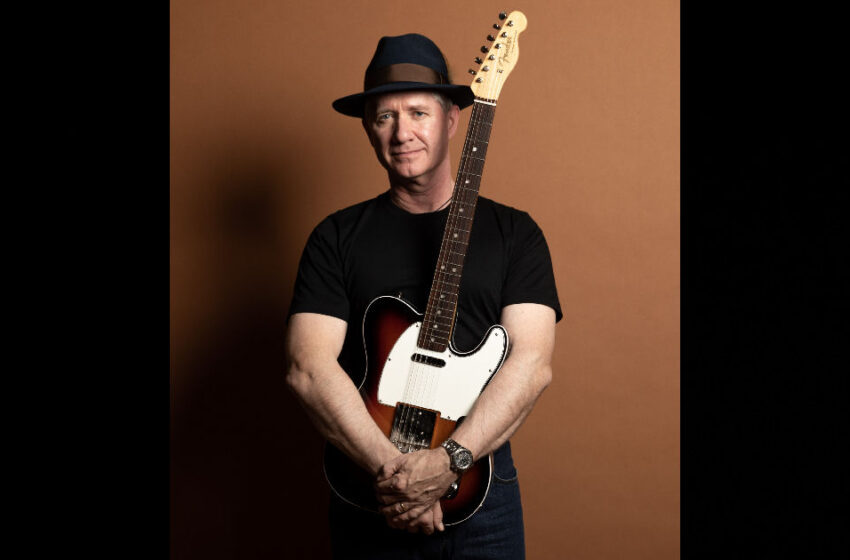 Music is such an endlessly interesting & exciting topic to write about.  Here I am, thinking to myself about the imagery that a title like “Fault Lines” conjures up before I’ve even pushed play…I’m sure we’d likely think about many of the same things from earthquakes to buildings rumbling, or even the shaky emotional terrain that can often be associated with this metaphorically, which is what you’ll find here on Dave’s new single.  That being said, after pushing play, I sat here and marveled at how contrast in great songwriting can show up in so many forms – “Fault Lines” is one of the steadiest & sturdiest songs you’re likely gonna get your ears around this year.  Like…I’m so confident in what I hear in this slow-burning tune, that I’d be comfortable building my house on it…and I’d put what I hear right up there with the lineup of songs on one of my absolute favorite records of all-time – Dulcinea by Toad The Wet Sprocket.  For real – “Fault Lines” could practically fit right into the set-list and no one would bat an eye.  The most you’ll find me conceding is that “Fault Lines” might have fit Coil perhaps that much better.

Anyhow!  This ain’t about Toad, this is about Dave – but I’m sure you can infer from my intro here, I’m definitely digging on what he’s come up with for this advance single from his upcoming third solo album.  Dude’s had an interesting career and a life immersed in his craft from what I’ve read…graduated with honors from the ol’ music mecca of the Berklee College Of Music in Boston, and took that wisdom straight to the stage more or less from what I gather.  He’s worked with some absolute legends, like Whitney Houston, Vonda Shepard, and Phoebe Snow along the way, and he’s also rocking other projects as well like the Dave Vargo Trio and a duo going by the name of Kim And Dave…clearly, Vargo’s a man of music…if you didn’t read about it, trust me when I say, you can sure hear it in a single like “Fault Lines.”  Listen to that last line of the hook in the chorus alone and how he gets the absolute maximum potential out of every morsel in the gripping tone & emotion he twists the melody with at that moment – spectacular.  Talk about focused songwriting & execution – I never got enough of Dave singing this specific moment…it’s every bit as careful as it is confident…like he’s steadying himself before moving over what could be the shakiest terrain of the entire song were he not to nail it down as tight as tight can be; and every note he’ll sing for ya right there, comes out with such bulletproof assuredness to it, like he knows the risks, but he’s willing to take those next steps anyway…because he’ll make it over the “Fault Lines” to the better days that potentially exist on the other side of’em.  Mind you, he’s flipped the script right back over to us through the way he’s written this song…it’s every bit designed for us to consider how we’d navigate our own course through the struggles in life & livin’ it, just as much as we’d likely assume that much of what he’s writing about is still coming from his own personal experiences.

“Hard to know which way to turn…what gets left behind…step by step, you wedge across the fault lines…”  Like…truly, I love it.  Even just the use of the word “wedge” gets extra points from me, it’s just not a word you often see pop up in songs, which again, gives you a bit more additional insight into how Dave approaches his songwriting and the detail you’ll find in it – he’s got fantastic imagery throughout this entire single.  Essentially, “Fault Lines” is faultLESS, there’s not a single hair outta place on this track, and the music surrounding Dave’s vocals is as interesting as the best story you’ve ever had read to you – this whole song opens up like an audible journey that’s guaranteed to keep you hangin’ on every word.  Guitars on-point…love the distance you’ll hear on them in the short solo that takes place just past the three-minute mark, and all throughout the song you can hear how they sparkle & shine like lights far away…like beacons of hope on the other side of the “Fault Lines” beckoning you to make that leap of faith and cross over.  It’s all as mesmerizing as it is enchanting, charismatic, and character-laden – if you’re looking for stoic songwriting and the flawless execution of it all when it comes time to record – chances are you’re gonna have no problem at all sliding Mr. Vargo here right onto your playlists.  And hopefully, based on the definition I just supplied ya with, that applies to the vast majority of ya – this is the kind of consistency & reliability you should be more than willing to rock with at any given time.  The man knows how to make every ingredient in the mix stand out; the entire song rolls fluidly along like audible clockwork, seamlessly, and clearly made with professional precision & passion united in tandem.  Despite its questioning lyricism, and the observational insights that point out the potential difficulties we can encounter in life…there’s a remarkably comforting vibe that comes through in that key line I pointed out to you in the very beginning of this review…a wisdom in Dave’s voice that tells you he’s been there, he’s made his way over the “Fault Lines” to the other side himself, and that we can all be sure making that step is much more worth taking, than not, based on the welcoming allure of his vocals.  Poetic, perfectly crafted, and stunningly executed…ya can’t ask for much more than that outta anyone.

Find out more about the man behind the music – visit Dave Vargo’s official website at:  https://davevargomusic.com