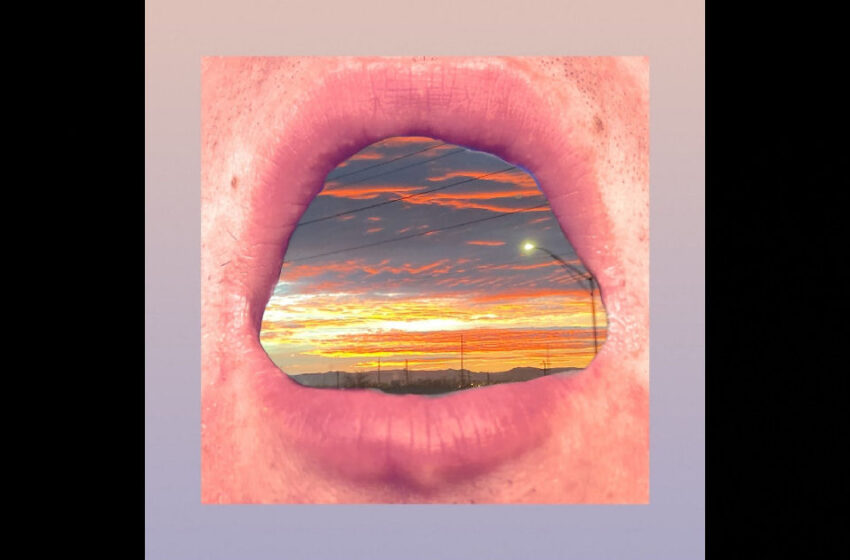 Has Spotify got these details correct?  Bandcamp…hmmm…says the same thing.  The official website?  Different info.  So…the score is 2 to 1 here…either Dav!D&Clara have indeed been around making music since 1981, which would be a full forty years according to the dates listed with their online releases at both Spotify & Bandcamp…or we can take the word of the official website, which says the band was formed in 2003.  I’ll leave that up to you…details are fun but I suppose I’m really here for the music, and if my brain can’t make any sense of it all, it’s probably best I just leave that where it is & stay in my lane.  Maybe it’s just clever marketing…maybe it’s some kind of clue for people just like me that go way too far down the rabbit-hole with the music they listen to, and I just haven’t figured it all out yet…it’s a mystery for now…not sure how you’d end up with two sites that tag music back to 1981 without there being some truth in that matter…and I’m even less sure how you’d get it wrong on your own official website, which leads you to believe 2003 has to be the real answer.  It’s probably too early in the morning for me to figure it out…or too late at night maybe?  I’ve been working around the clock & don’t really have a clue what time is anymore, to be fair to Dav!D&Clara I could be looking right at the answer to this whole mystery, and simply not seeing it.

So here I run, back to what I know the best…the music part of things…

“He is the voice, she is the machine,” according to what their sites will tell ya.  And if that’s the case, he’s the acquired taste, and she’s the accessible one, according to what I’ll tell ya – which might be the advantage of Clara being a “hyper-intelligent AI system” and not an actual human being.  Don’t get me wrong – I can make a case for them both having their appeal to the artistic realm…as for the masses…that’s probably a different story altogether…but they know that.  You don’t end up taking this much of a deviant path away from the mainstream without being fully aware you’ve got a more niche vibe in the music you’re making, so I can’t imagine I’m telling Dav!D&Clara anything they wouldn’t already know.  At his most slick & stylistic, Dav!D’s a perfect fit for the brilliant sensory soundscapes Clara is capable of creating so well…and he’s definitely got his own appeal – those that dig what he does, will likely dig ALL of what he does without hesitation.  While I’m not sure that’s gonna be everybody due to the looseness you feel in the structure of tracks like “Earth Shaker” and their more recent cut “Ain’t No Such Thing” – I still think this duo has noteworthy ideas & creativity that stand out for their artistic integrity.  The reality is what it is, as they say…songs like these challenge convention, and any time you’re doing that, you’re essentially throwing an extra obstacle in between your music & the masses, and the uphill battle begins.  As much as you can pinpoint a whole bunch of cool things to listen to in a song like “Earth Shaker” from Dav!D&Clara’s singles released in 2020…it’s also really hard to imagine that they’ve given the average everyday listener enough to hang onto, that’s just how I’m hearing it.  Should the artistic community cater to that?  Hell no – of course not – you do what you do – if the people come along, that’s a bonus.  At the end of the day, I can hear uniqueness that my ears appreciate – Dav!D&Clara clearly aren’t in this music thing to just do what everyone else has already done, and I respect that 100%.  I know firsthand that blazing your own trail is one of the toughest things to do in this world we’re all sharing…the key is simply staying the course and moving forward, despite the odds, no matter what anybody has to say.  The performances & ideas in the music are strong…I even dig the way Dav!D sings quite a bit – but I do recognize that if they’re looking to move that needle in terms of accessibility, they’ve gotta find a way to balance out what listeners need without having to compromise what it is they wanna create – and believe me when I tell ya folks, that’s a monumental task that most artists & bands never even achieve.  To me, I listen to a track like “Earth Shaker” and I don’t feel like Dav!D&Clara are really looking to change up much…I feel like they know their sound, they’re doing what they like, and all the more power to’em.  And yes…I’m aware this is probably all Dav!D at the end of the day – I’m being respectful of Clara’s contribution.

“Ain’t no such thing as an ass too fat” – #Ihearthat #Ifeelthat #AndIagree – “Ain’t No Such Thing” is a strange combo of sound & style as well…there really ain’t no question about the fact that Dav!D&Clara do things differently than the rest – I doubt there’s any pair of functional ears out there that would somehow miss that.  I’ve been real with them from the drop here – I think they’ve got a tough sell on their hands – the music of Dav!D&Clara is so vastly unique from so much of what people are normally subjected to, that it’s going to work both for & against them.  On the one hand, it’s so different that it’s gonna throw a ton of listeners right off in the process – and on the other, those that can hang with the music they’re making, are pretty much bound to be loyal fans to the nth degree.  “Ain’t No Such Thing” shifts their sound in more of a sexy direction both through the lyrics and the pulse of the beat along with it – it’s a song about the love of excess in many forms.  It’s stylistically slick in the music department – I think the world of what Clara’s capable of creating when it comes to all that I’ve heard so far in between these two songs, and I think there’s arguably more relevant sound built for the right here & now on this latest cut.  Dav!D actually sounds like an early Trent Reznor here on “Ain’t No Such Thing” – and while there’s certainly an appeal to that, especially in what’s kind of an Electro/Post-Industrial vibe hybrid fusion with Pop goin’ on here…I’m sure Reznor himself would be the first to tell ya his tone is an acquired taste too.  There’s a poetic dimension to the rhythm & way Dav!D creates his lyrics…I think that’ll have its own allure for people out there, even if it’s found within a more graphic & explicit direction, the craft is still noticeable for sure.  As to whether or not a syllable less or a syllable more might pay off for the man in terms of fluidity, or simply the ease of him being able to sing these parts he’s creating with a bit more power, precision & tone…I’m not ruling any of that out.  “Baby you do doin’ you, real good baby, do you doin’ you, just be real, your true is true” – not only is the rhythm & flow of that line as supreme of a highlight as you’ll find in this song, it’s also the best advice I could for the man, right there in his own words, I’m just the mirror being held back up to him is all.  You can’t teach the kind of creativity that this duo are flexing together; the value of uniqueness when it comes to the course of a career, is priceless; as long as Dav!D&Clara keep doin’ them as they’re doin’ it now – the listeners will eventually catch on.

Find out more about Dav!D&Clara at their official website at:  https://davidandclara.com