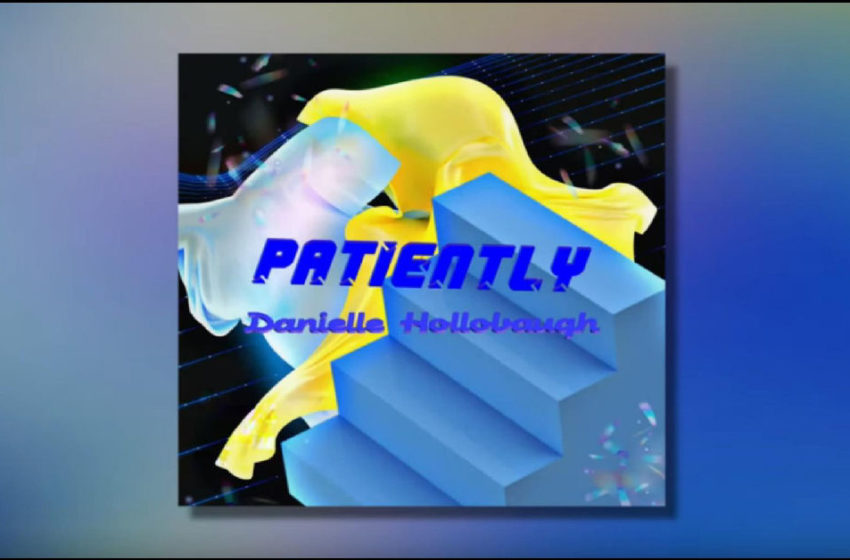 There’s not a day that goes by here that I don’t find a new artist or band to worry about.

Danielle Hollobaugh is not one of them.

And if I’m being truthful with you…that’s a conclusion I came to with a single spin of her latest cut “Patiently.”  I’ve put in several more since then mind you…but the initial wave of professionalism that hits you on that first impression makes quite the impact…that I can tell ya.  Perhaps the best way I could put it would be to say that, after hearing “Patiently” I hit up her social media pages & whatnot online in search of the answer to the question that formed in my head post-listen – “this is a mainstream artist, right?”  That’s the level of professionalism we’re talking about here…Danielle was born to make music.

Incidentally, her bio and pages of accomplishments will confirm everything I’m tellin’ ya.  According to legend, she’s been singing since she was about six – and while that’s usually a tidbit that you’ll read in an artist or band’s biography at some point in the narrative, rarely do you HEAR it like you do in Danielle.  I ain’t lyin’ to ya – ONE spin through “Patiently” and you’ll know she LIVES for music…& clearly she always has after processing everything she’s already accomplished by the age of twenty-five.  No joke – you’ll pretty much get lost in a list of much-deserved accolades for the work she’s put in, the songs she’s made, the awards she’s received, the talent shows she’s rocked…some of these statistics & things she’s already done will blow your mind – and she’s still just scratching the surface of a lifelong career!  For example – she recorded her first three-song demo back in 2004 according to her bio – do the math – that’s sixteen years ago.  Twenty-five minus sixteen is NINE folks.  Danielle has always been amazing.

When it comes to “Patiently,” I can tell ya exactly what it was that impressed me most in the writing – and that’s the hooks, although not the ones you might be expecting.  In the world of Pop music, craft is key – and designing a shiny & catchy chorus is an essential ingredient you’re bound to find in most cases.  You’ll definitely find that on “Patiently” as well – Danielle’s no more immune to this than anyone else, and she does an exceptional job on the chorus, in particular with her biggest notes and most intense demands on her vocals.  What you don’t expect to find in the realm of Pop-inspired-anything, is a verse that’ll outshine the giganticness of those oh-so-good choruses you’ll find…and I’d argue that when you DO find that, it’s an indication of something much more special than your average American Idol.  In my opinion, that’s exactly what Danielle’s got goin’ on here with “Patiently.”  I don’t want anyone out there to get this twisted, so I’ll say it as clear as I can for the people in the back – I think she’s done a great job on the entire song from start to finish…I’m just advocating for something particular that she puts into the spotlight in her performance of the verses on this single.  I suppose what I’m saying is, to a natural star like Danielle, I’d expect that the grandiose sparkle in the magic of a chorus would be there – and it IS – but it was the more stripped-down & organic melody of the verses on “Patiently” that revealed the sincerity, passion, and vulnerability of an artist with that next-level connection between the music & the microphone.  She hits her biggest notes of “Patiently” right on target, just as you knew she would…but it’s the more subtle moments of this single that go on to leave the most lasting impression…this is where Danielle feels like she’s right in the room singing to you.  As she expands into the main hooks, you get that sensational Pop structure & design that certainly pays off and delivers on the celebratory sound you wanna hear in a song’s most sing-along moments…but it’s the humble perspective & sweetness in the verses of “Patiently” that made this track as addictive as it was for me personally.  Inarguably, no matter which part of the song you like or love most, you’ll find that Hollobaugh has her head & heart in the game at all times, is 100% focused on getting her best into the recording, and greatly succeeds with the performance she puts into “Patiently.”  To me, it didn’t matter which part of the song I was listening to – I could ALWAYS hear just how invested Danielle was in each & every moment of her new single…she’s committed, confident, and capable of taking over the Pop genre.

Her career path would look like a straight arrow pointing UP if you drew it on a chart.

And like I’ve been tellin’ ya from the very beginning, it only takes one spin through “Patiently” to know exactly why that would be.  She’s got talent you couldn’t possibly miss or mistake for anything else – this is what she was born to do.  It’s that vibrant connection that exists & thrives between Danielle and the music she’s making that will have you coming back to listen…and likely becoming a fan for life.

Find out more about Danielle Hollobaugh at her official page at Facebook here:  https://www.facebook.com/daniellehmusic