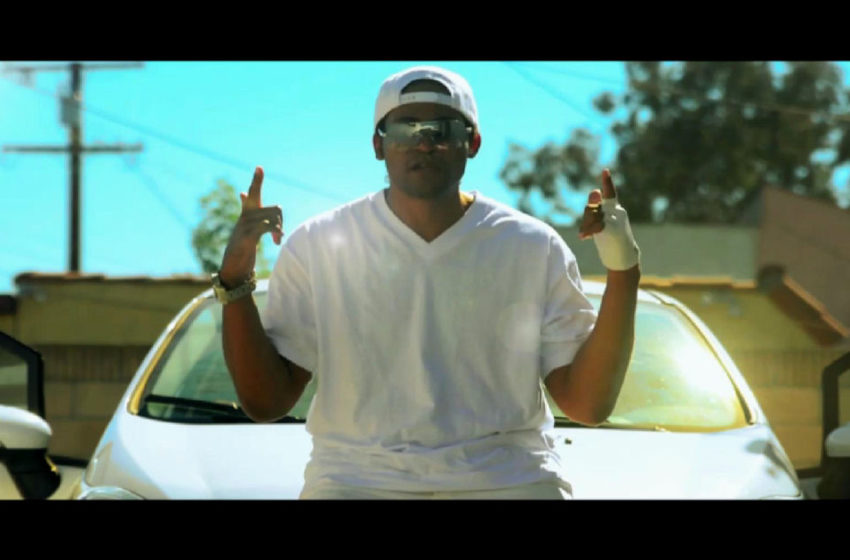 There’s a good chance I’m just preaching to the choir here…y’all probably already know the name Daniel Jackson.  The odds are pretty damn good that you do homies, he’s racked up more than 9+ million hits on his video for “Challenger” alone since its release around a year ago – obviously there’s no doubt that the people out there are feelin’ what the man is layin’ down on the mic & on the screen to entertain ya.

Daniel’s got big dreams and big goals, so it’s perfectly fitting that “Challenger” has him sounding large and in-charge the entire way through.  If you’re looking for more evidence of what I’m talking about, click on his GoFundMe campaign below and you’ll see the $1B goal he’s workin’ towards – just a modest paper-stack, that’s it, that’s all, he ain’t asking for ALL of the money, just a very, very, large slice y’all.

Hittin’ his bars with beef in his tone, Jackson puts in a confident turn on the mic and makes use of rhythm in the hooks to add that extra somethin’-somethin’ to your speakers.  Starting “Challenger” off strong with his verse and eventually shifting the song into an anthem-esque chant of “We’re the real OGs” by the end becomes a solidly satisfying journey in a real short amount of time, and one that leaves you on the most arguably hype moments of the cut, which makes you wanna check it out again.  “Challenger” becomes a beast of a personal anthem for both Jackson as an artist and even ourselves as listeners – whether or not you’re a real O.G., or just some banker or grocer, you’ll feel like you’re king of the streets even if you’re rollin’ in your Prius or on the city bus, you feel me?  Daniel’s got that ability to create a mammoth sound and he flexes that muscle with pure strength here, revealing a single that’s bold, makes an impact, and keeps the main hooks memorable & equally catchy.

And like I said at the beginning, he’s already taking over the globe – you don’t need to take my word for it when you can see how many hits, clicks, and views he’s scored on “Challenger” already, the verdict is in, the people have voted, Daniel Jackson is clearly an artist they want to hear & see more from.  You can see the positive trajectory his career is taking…he did well with singles/videos like “Revelation,” “Champion,” and “Dance For Jesus” – but on later tunes like ”HOLYGHOST” (both 1 & 2) and now “Challenger,” you can visibly see the traction his music is getting and the support flowing in by the millions as Jackson begins to break serious ground worldwide from his home-base in Long Beach, CA.

Find out more about Daniel Jackson from his official pages below!