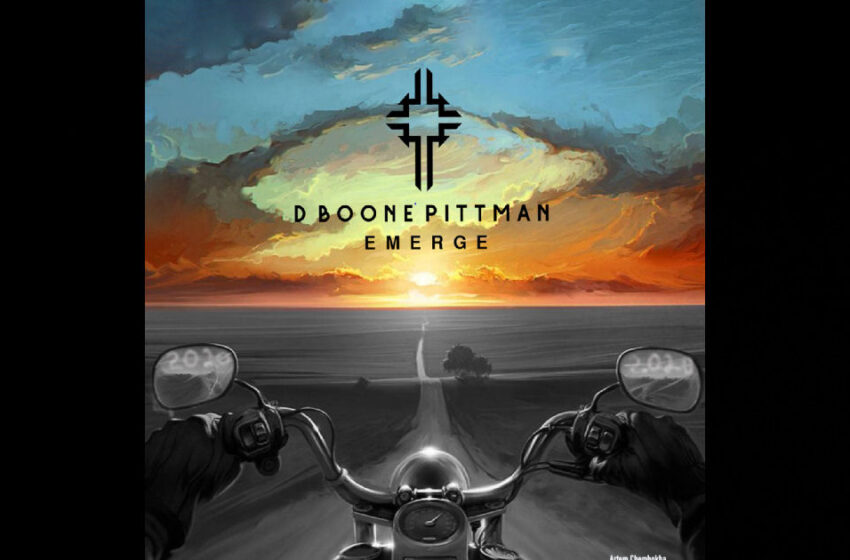 “…any place would be lucky to have a D. Boone Pittman to reveal its charms, its limitations, its stories, its humanity — its truth — to the world.”

Dig that.  We goin’ with the punctuation, or without though?  I’ve seen it written every which way out there…but if his official website is goin’ with a big ol’ capital D on its own instead of D., so shall it be here, as well.

Now where were we?  Ahhh yes – D Boone Pittman…man of music…Country guy.  He’s got himself a shiny new single called “She Likes The Beach” from his brand-new record called Emerge that just came out this year…his first since the debut of his solo record Bluegrass American Dream back in 2019.  I’ll tell ya this much folks…I get what the appeal would be on the listener’s end…and if I had the natural voice & talent that D Boone has I’d be makin’ Country music myself too…everything you’ll hear is an organic fit, perfectly suited for his talents.

While I never make it any secret that the genre’s outside of my realm & personal preference to a large degree – I did watch all of Mike Judge’s Tales From The Tour Bus, in addition to being raised with a Cash-lovin’ grandpa…I’ve certainly had my exposure to it all over time & still found things I really liked or even loved.  Songwriting-wise…I think there’s a lot to be said about a track like “She Likes The Beach” – and aside from the stunningly bold tone of D’s voice, that’s probably what made the biggest impact on me.  On that initial spin I took through it…I got about halfway through before thinking to myself…’alright…D’s got a decent tune here…he’s not recreating the wheel, but he’s clearly got a great grip on how to execute professionally.’  And then on that second spin I really started to click into the details a lot more…and I started digging right into the clever contrast & imagery he’s used to communicate how opposites attract – he’s got a solid story at the heart of this song, and whole lotta heart in this song’s story as well y’all.  Finally on that third spin the rest connected, and the wry spin he’s put into the finale of the lyricism hit home exactly as it should…that was right where I found myself really appreciating this combination of what’s tried, tested & true, and how the twist of his own personality made the entire difference.  I still think it’s fair to say that it’s built on a comforting sound that you likely already know & love as Country fans out there…heck, you can practically sing the words along with Pittman before that first spin through “She Likes The Beach” is even over – but killer details like what he’s added to the end of the lyrics on this song are going to play a significant role in what separates him from the rest of what’s out there for sure.

Depending on who you are, you might even find “She Likes The Beach” to be a cautionary tale by the time it’s all over!  I certainly found it relatable myself…”I like the mountains” personally – and my wife?  Well…”She Likes The Beach” – so believe me D Boone, I hear ya brother – that’s the scenario I’m livin’ in over here myself with my wife in the corporate world thrivin’ & me livin’ as off the grid as I can – we’ve always been opposites in many ways…and hopefully, I’ll be able to avoid the fate of the final conclusion you’ll discover here in the wisdom & lyrics of this new single by Pittman…if I’m lucky enough.  Heck – if we all are for that matter – good lord knows I’m not the only person on earth that wanted to get married to a person that was nothing like himself – there are tons of us out there all over the world.  You gotta figure that puts a man like D Boone Pittman in plenty good shape to connect to a widespread audience out there when it comes to “She Likes The Beach” – and I’d imagine once people have a listen to his charming style & vocals perfectly suited for the Country music vibe…chances are this guy’s got himself a single that’ll have no problem at all traveling between those beaches & mountains far & wide around the internet & making its way onto your playlists wherever ya might be at.  No complaints from me – I felt like D Boone Pittman added the kind of insightful twist to the end that can’t help but impress, and I was already enjoying myself plenty by that point to begin with.  Loved the way “She Likes The Beach” seems to come to what you’d absolutely assume is the ending for sure in a marvelous fake-out, then continues on to stroll on into the sunset for about another quaint, welcoming & friendly twenty-seconds of inspired musicianship, to finish it all off in style with another verifiable highlight at the end.

Find out more about D Boone Pittman from his official website at:  https://www.dboonepittman.com