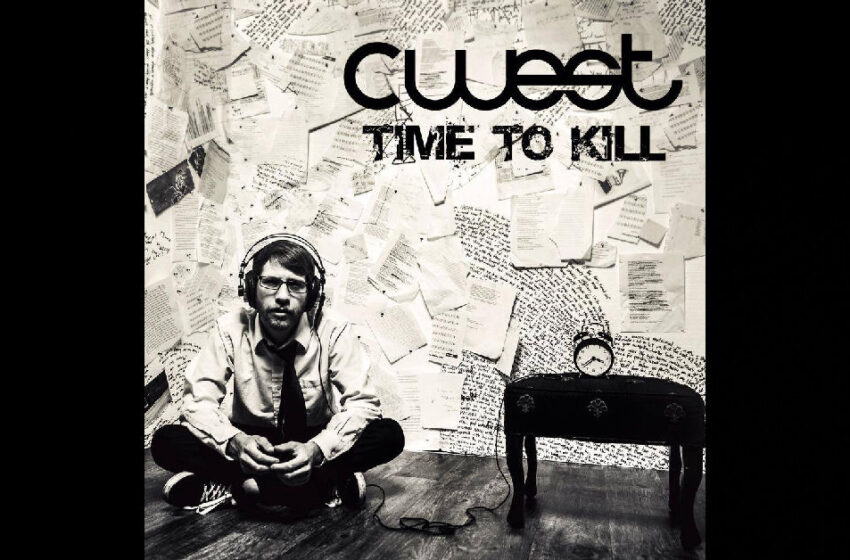 Cwest Holds Nothing Back With The Release Of His Debut Record Time To Kill – Out & Available Now!

With a middle finger confidently raised up in the face of adversity, Hip-Hop artist Cwest is breaking out of Burbank, CA, by putting in the work and raising the stakes for the rest to follow with his debut record, Time To Kill, released officially in September 2020, & catching straight fire all around the globe instantly.

Over the course of the past five-plus years or so, Cory West – aka Cwest, has been grinding hard in the studio lab, refining & perfecting a solid set-list of savagely unforgettable cuts destined to put his music squarely on the map & secure his future success from the very drop of day one.  If the music-business is truly all about timing as they say it is, Cwest is 100% ready to seize his moment & prove it’s Time To Kill with an album fully stocked & lyrically loaded.

Drawing on his own personal experiences growing up in the Midwest of the USA in La Porte, Indiana, and a youth spent in Metal/Rock bands before he’d discovered his innate connection to Hip-Hop and natural talent as a genuine wordsmith – Cwest has taken the sum-total of his talent & put everything he’s got into building a dynamically hybrid record that’ll hold up strong for years & years to come.  With a bulletproof lineup of eleven killer cuts that flex his professional finesse, Cwest opens up a vein of true vulnerability & gives listeners a bold glimpse into the mind of the man behind the microphone, revealing his genuinely thought-provoking lyricism and his uncanny ability to create massively memorable music.

Every bit as explicit & wildly expressive as he needs to be to get his points across – Cwest holds nothing back when it comes to designing complex rhymes that say exactly what he wants to say, exactly how he wants to say it.  Surging with the confidence & skill you’d find in a veteran of the game, he delivers with flawless precision, rhythm, and flow that highlights the fluidity & swagger of a debut unlike any other; Cwest’s a hungry beast of the m-i-c, and he makes absolutely sure his presence is felt throughout every moment of Time To Kill.  Unafraid & unapologetic, he dives deep into the many obstacles he’s overcome, in addition to his own personal battles & struggles that threatened to thwart his path to greatness; and by the very act of putting out this record for all to hear, Cwest confirms he’s come out stronger on the other side of it all.  Ready to show the world at-large that nothing could ever stop him from reaching the top spot on charts & playlists where his music rightfully belongs; he’s coming for the throne, straight-up.

Join Cwest in 2020 as he makes a serious statement with his debut record Time To Kill and puts the rest of the emcees in Hip-Hop on notice with its release.  With relentless attention to detail from the lefts to the rights, and the passion of the art of the rhyme in full-effect, Cwest surges through an unforgettable set-list that showcases his undeniable skills, unstoppable attitude, and incredible ear for sound – he ain’t just here for the moment – he’s building an entire movement, and ready to lead the way into the future.