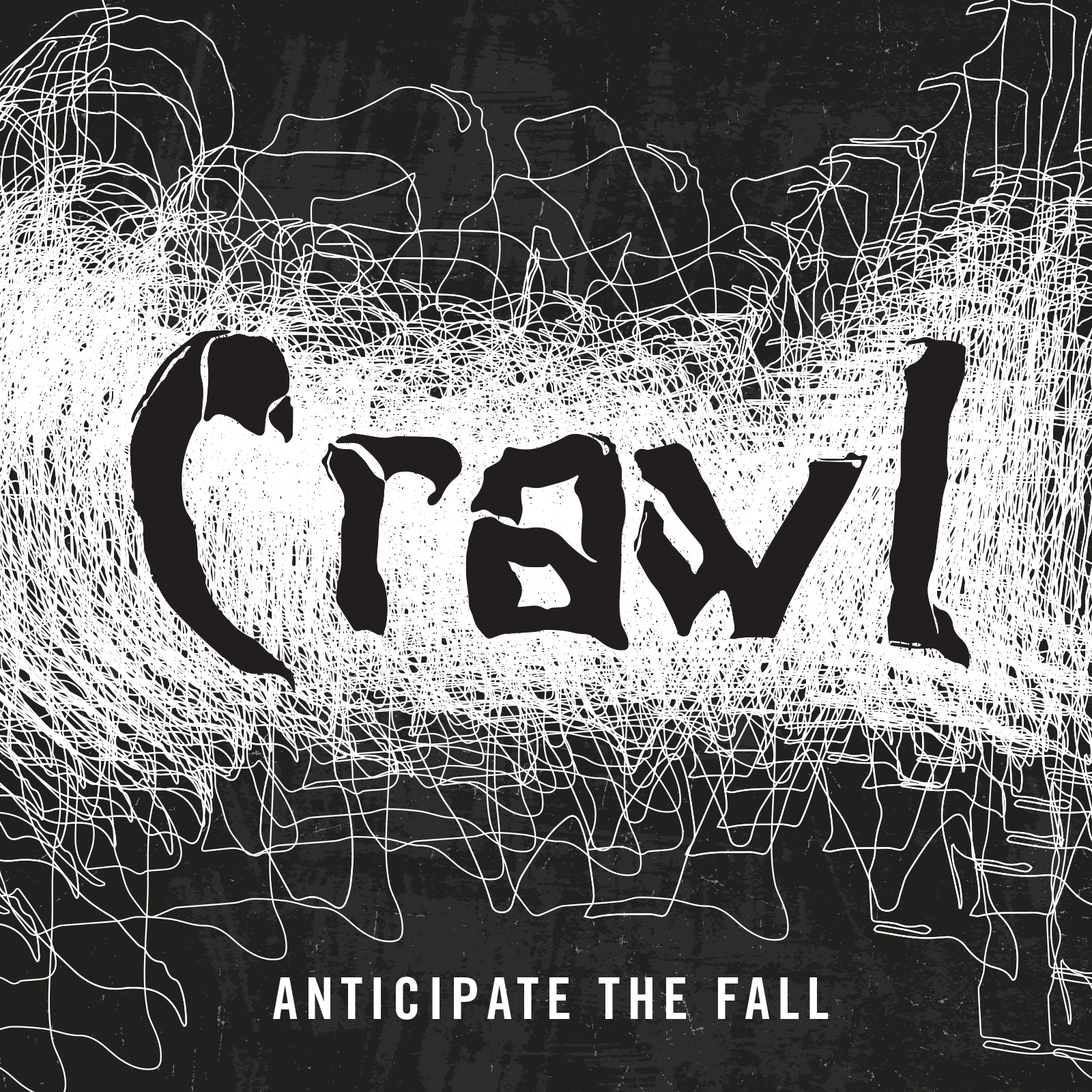 Crawl is an undeniably hard-hitting band from the Eastern side of Canada…wasn’t even kidding; most of these songs are tough as nails. Though they’re capable of incorporating a little melody into their music at any time, but for the majority, expect complete and utter chaos. From the moment “Rise” starts out with its filtered guitar & intense drums – this is about as chilled out as you’ll hear Crawl on any of the five songs from Anticipate The Fall.

I was wrestling with this one from that opener…I’m not sure it worked for me entirely. At best, I can hear somewhat of an old-school Alice In Chains influence in this band….think like, Facelift-era, only a little more hard in the music-dept. At worst…and especially in this opening track, I felt as if I was listening to Van Halen on acid, largely due to the wild dynamics in Michael David Wolf’s vocals. I think when he hits strides confidently like he does on the second cut, “Feel,” you get a sound from him that just matches the music that little bit extra…there’s a noticeable difference between those two performances. While the idea of course might be diversity…I have to state for the record, that personally I want no more Van Halen anything…careful on that fine-line boys! Let’s see where this goes…

Ok. This is more like it. This might not exactly be the easiest sound to digest, but I’ll certainly have myself a portion of whatever they’re feeding drummer Tom Grondin. What a BEAST!  There’s some impressive chops, cuts, stops and starts from him on this third track, “Loaded,” and personally I like that this drummer seems to be set a little higher in the music of Crawl than I find in most bands; it definitely gives it the intensity of the ‘live-show’ feeling. Just listen to “Loaded,” and imagine what the pit of the crowd must look like in front of these guys when they play. Unreal. Great back & forth bass & guitar work, especially the ending of this track, Scott Clark on bass and Stuart Green just nailed it.

OH MY. HERE WE GO. “No Lies” has an INCREDIBLE opening. Just PERFECT guitars…completely engaging, massive sounds. Now…before I let Michael David Wolf off the hook here…he already knows where I’m about to go with this one I’m sure…in fact, I’d be SHOCKED if he hasn’t heard this already…but there’s a distinct Canadian influence he’s borrowing a little from in this track, of the unmistakable variety. Ian Astbury of The Cult, made the ‘sing until I snap, crackle & pop’ sound infamous here in Canada and the world beyond…and there’s no denying that in this track Wolf has patterned himself in this style, which I actually think was a really bold move, but also one that worked extremely well. I’ve always dug on The Cult, I’m certainly cool with more of that sound, and here we are with something pretty damn close and certainly respectably memorable in its own right.

So…I’m left torn, like I said, this is a tough one. In my opinion, I think Wolf demonstrates skills in pretty much any genre of rock you can name…HOWEVER…it’s his own diversity that can make this EP feel scattered and unfocused. Musically, I think there’s a tremendous consistency here and diverse enough within its own sounds…but I felt in some respects we couldn’t always count on the vocals to match the music itself, sometimes resulting in odd-pairings. Again, there’s no taking away from Wolf, the guy is literally a tremendous singer, even a great songwriter here for sure, but I’m not so sure always about his choices for HOW to come about attacking these songs. Like I said, he’s quite the singer – but I’ll let you be the judge on whether or not this gritty, tough music wants a more traditional singing-style on it, like in the last track “A Little Left To Kill,” or if it should have a little more bite and sharpness to it, like in “Loaded.”

I think there are a lot of things that Crawl does exceptionally well, and overall this EP has an energy that just doesn’t stop, becoming unbelievably strong in the middle of this solid effort. All it takes, again, in my humble opinion, is for Crawl to sit down and sit still for five seconds, and discuss what sound they really want to go after; that’s the luxury of a singer like Wolf – he literally COULD do anything. Point this guy in one of these incredible directions and let him lead the charge from that input…and with that extra focus and attention paid, I have no doubt this band could go from great to greater right away.

Find out more for yourself and check into Crawl at:  https://www.facebook.com/crawlrocks