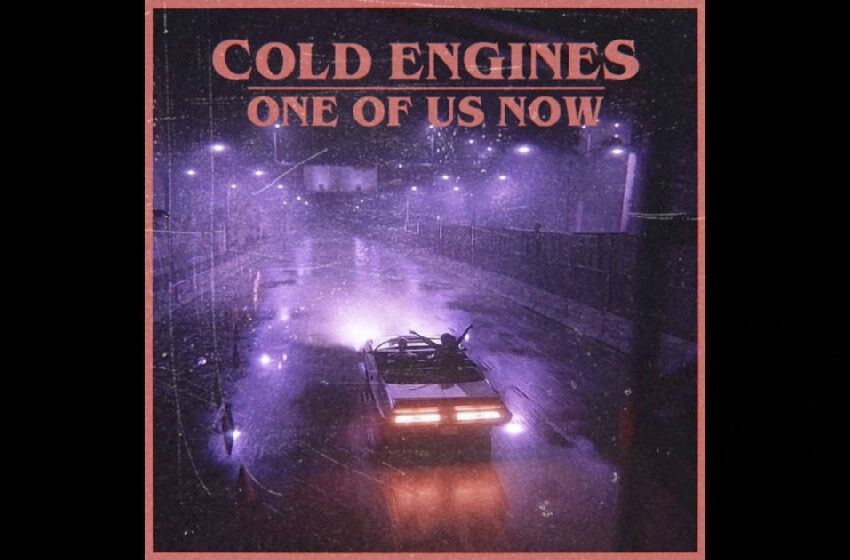 Here I am, as usual, somewhere down the middle of the rabbit-hole, trying to find my way to the answers I’m looking for.  I came across this posting on the social-media pages of Cold Engines online that mentioned Flowered Covered Hills being their SIXTH album of last year – amazing!  I mean, come on y’all…information like that SHOULD catch your attention – that’s a phenomenal level of creative output.  I ain’t doubting their math – they’d know better than I would & I suck at the subject to begin with – all I’m saying is that I never made it past a four count…which, mind you, is still absolutely incredible for one year’s time.  I can see additional artwork at their main site that certainly implies the existence of more – but as to where it’s ended up…that part I never really did figure out.  I suppose the real point is, they’re an insanely busy band, no matter how you slice it.  Four, six, or one half dozen of the other – you get the idea…you don’t end up with this much music on the inside of a year without being massively inspired.

What’s actually NOT surprising to me at all, is that they’re breaking out of Boston.  If you’ve been following along with these pages of ours, even though we’re based out of Canada way far away from that scene and I’ve never been there personally – I’ve got my ear to the ground 24/7 dear readers, dear friends…and that whole city is bursting at the seams with music of all kinds right now.  Like, if you were a sports fan, following along with a city like you would a team, you’d look at Boston right now, and think to yourself…damn…they’ve got all the right pieces in place, and in about three-to-five years, that whole spot is gonna take over the entire scene – and globally.  Remember that you heard it here first folks.

The first track I heard would generally considered to be Retrowave sound for those of you out there not like myself with a ton of grey in their beards that still remember the 80s, Cold Engines are carving out a solid place in the scene to call their own.  They’ve got more than five years under their belts collectively as a band now, and you can hear the exceptional tightness & professionalism they play with on a track like “One Of Us Now” as a result – it’s crystal clear that these guys know their way around the realm of digitalized sound & the ol’ studio boards.  They’ve got their sweet & synthetic vibes perfectly put together, and haven’t shied away from the important details within the atmosphere like the quality in the backing vocals, the way they use the dynamics of the structure to their advantage, and the many elements in the mix that stack up to an all-around memorable cut – “One Of Us Now” is a mid-tempo/nearly slow-jam, but I’d argue tooth & nail they’ve still got a tremendous amount of single-worthy sound flowing through this tune.  I’m not here to tell ya that Cold Engines are recreating the wheel here, but there’s no doubt whatsoever they’re rocking a high-quality cut, and there are millions & millions of fans across this planet of ours that would find the sound of this band straight-up irresistible.  As I’ve said many times here on these pages, not every song needs to necessarily be groundbreaking or even necessarily all that unique – making a flawless cut that sparkles & shines with single-worthy sound from start to finish is still every bit as much of a monumental achievement as outright originality is.  “One Of Us Now” might not push the scene itself forward perhaps – but you’d kinda be foolish to expect that out of a band that would be found within the RETROwave genre, you follow me?  Cold Engines are proudly walking on the path that others have created for them, ready to hold the standards of the genre’s very best and offer their own perspective on the sound/style in the process…honestly, it’s a great recipe for success.  I hear a song like “One Of Us Now” and I can hear all the right pieces are completely in place here – they’ve got excellent players, they’ve got a fantastic singer, they’ve got ideas & they have an in-depth understanding of what makes melody connect – which you can hear in the way they transition from verse to chorus in this cut – everything is right where it should be, and they’ve truly come out with a flawless gem as a result.  Hooks are strong, the mood is tangible & has evocative weight to it…I felt like “One Of Us Now” had the allure & universal vibes required to bust through the stigma of mid-tempo tunes having a harder time reaching an audience.  All-in-all, for what was my first impression of Cold Engines, I came out of listening to “One Of Us Now” feeling like this band will have no problem at all finding the audience their efforts and music deserve out there…I ain’t lying to ya; this is a timeless vibe they’re working with that people always love.

What the title-track of their album “Flowered Covered Hills” will instantly confirm to any set of ears listening, is that there’s certainly a whole lot more to Cold Engines than just digging into the Retrowave sound – they’ve got many different sides to their musical persona and have the talent to pull it all off.  Switching into a beautifully designed acoustic Pop/Indie-Folk moment in time for you all to enjoy, “Flowered Covered Hills” has so much natural & organic beauty to it that it pretty much doesn’t need a single word from me to voice the many reasons as to why you should listen to it – it’s a song that sells itself, and does it honestly through the humble sweetness you’ll find.  Exceptionally poetic with stunning imagery in the lyricism, you’ll hear Cold Engines absolutely thriving in the warmth of the pleasant glow this song has…it’s still in a fairly low-key gear energy-wise, but once again, they mesmerize you with melody to the point that any set of functioning ears would be more than willing to sit down & listen with their full undivided attention.  I dig the playful guitars on the way in – and the bass as well for that matter…I’m thinkin’ that’s the ol’ stand-up bass we’re hearing here…and they’ve got like…what is that – like…probably keyboards masquerading as accordion somewhere in the distance beyond the piano?  Whatever it is, I’m loving it – it’s as perfect as The Rug in the Big Lebowski’s house – it ties this whole room together.  Serious shout-outs to this whole band though…I’m not hearing anything I’d change, I’m not hearing anything I feel like they could have done better…not on “One Of Us Now,” and not on “Flowered Covered Hills” either – having both of these cuts back-to-back as a sample of what they’re capable of is complete proof they can thrive in multiple areas of the music-scene with real confidence in the material – these are quality tunes, through & through.  While “Flowered Covered Hills” can quite often be extremely devastating if you’re digging right into the words & lyricism, the music and writing is so noticeably inspired that it almost can’t help but bring a smile to your face at the same time.  This band has all the right tools to succeed, a remarkable grip on melody and how to structure those magical transitions from their verses into the main hooks of the chorus, and multiple options ahead of them with the extremely versatile sound & talent that Cold Engines possesses.  Impossible not to claim complete & total victory with these two tunes as a first impression of what this band can do – I think they’ve done themselves proud with the sound of these cuts & the performances they’ve put in, and ultimately, whenever that’s the case, you can rest assured that directly equates to a memorable experience on the listening end.

Find out more about Cold Engines from their official website at:  https://coldengines.com