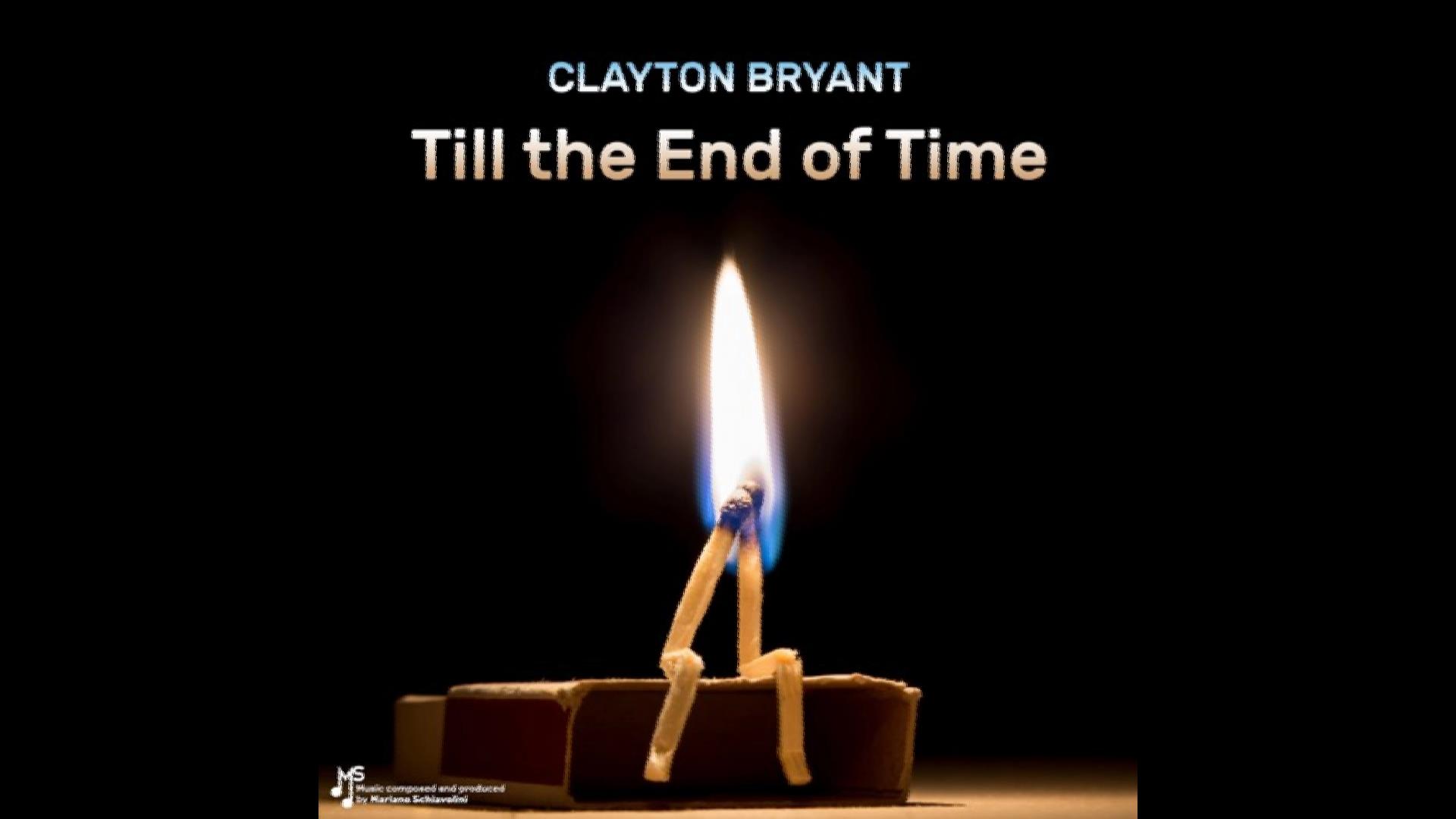 Lots to unpack here.  No sooner does the world see another tragedy of violence through the actions taken in Las Vegas just yesterday than a song comes through my playlist here that was written about one of the horrific events of the past in 2015; the first single I was checking out from Clayton Bryant was a response & tribute to the victims & families of the Garissa University College massacre that took the lives of 148 people all too soon.  These are stories that have become much too common in our world today…and quite often our leaders are ineffective in finding the ultimate solution.  Without a solution in place, it’s left up to the people to continue to apply the pressure, continue to speak and continue to create the awareness…and that’s where music like “Where Will It End” comes in. 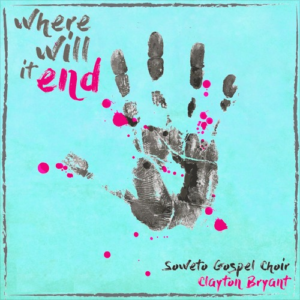 The best of our humanity is always on display when we’re unified…when we’re together.  Through an extremely emotional and moving song, there is a whole host of people involved in “Where Will It End” to communicate its message…not only because each facet of this tune can be traced back to the experts in each individual compartment of the song, but rather because a concept like this needs to have that sound of togetherness to really make it work.  So one by one, they came aboard…I probably have the order in which they arrived on the project wrong, but for instance, you’ve got music by Mariano Schiavolini, lyrics by Nicolette Turner, vocals from feature star Clayton Bryant being backed-up by the fantastic sound of the Soweto Gospel Choir and a video to support it all directed by Loraa White.  These artists all came together in a unified vision and cause to put this song together and contributed with bold commitment in whatever ways they could in effort to bring “Where Will It End” into this world.  Because it’s a message that we, as a people, truly need to hear.  Whatever country you’re in, whatever color you are, whatever gender, whatever you do for work, etc. etc. – none of these things matter when it comes to the fact that people are killed senselessly every day without purpose…and we, as a people, truly need to put an end to that.  It’s up to us…and I think that the comforting honesty in the sound of a song like “Where Will It End” shines a bright light on how important it is for each of us all to be involved.

The lyricism does an excellent job of providing powerful, thought-provoking words that connect and make the intended impact upon our minds & on our hearts.  Clayton does the song incredible justice through an exceptional performance – he’s got an amazingly real & soulful approach to his vocals that fits the song with the perfect amount of passion it needed to make these words become real to us.  Not that he needed any help – he certainly doesn’t and he sounds fantastic – BUT…since the Soweto Gospel Choir is on-hand and ready to assist…who could possibly resist them?  I’ll say this…it’s very rare for me to connect personally to a choir…I see the occasional one on talent-shows I enjoy, but ultimately, it takes something truly special to break through that barrier for me – and this choir has all that & more.  Essentially what I’m saying is, Clayton was doing just fine on his own – and then the Soweto Gospel Choir raised-up the entire song to the next-level through their absolutely stunning, empowering and uplifting sound.  The contrast between their powerful unity & captivating spirit with the hard reality we face through the majority of the words…does an incredible job of keeping it real & still giving you hope.  Musically it’s spot-on…beautifully played, performed and produced…I love the subtleness of everything we hear; the music is still a feature, but it really is the platform on which to get these words out to the world.  Schiavolini played this tune correctly by keeping the elements of the music sounding just as unified as the vocals themselves…lots of wild elements in the percussion and surrounding main-elements of acoustic-guitar, piano and bass that put an insightful sound together for Clayton and the choir to take on.  I’ve enjoyed myself listening to this track…”Where Will It End” is really well put together and it certainly seems like all hands on deck were on the same page with its intentions.  The results speak for themselves – it all sounds great…sincere and most of all, important.

“Till The End Of Time” isn’t nearly as heavy thematically as “Where Will It End,” which is more than fine as well…music can easily serve just as much of a purpose in being a catharsis for the people.  With music again written by Mariano Schiavolini, this time he takes Clayton’s stunning vocals into what was originally conceived as a new jazz track according to the write-up about the song online.  Did it stay that way?  No.  Not if I’m being honest about this song, no.  Does that affect our enjoyment of the song?  Also no!  There are certainly jazzy elements within the song, there’s no doubt about that…but by the time that Bryant has put the smooth sound of his vocals into the mix, it’s now become something much more likely to be found in the R&B or Soul sections of your catalog.  But like I said…a label does not the music make…the important thing is that once again, all the hands involved in creating, writing, recording and performing this tune bring their best to the song…and I felt like they did on “Till The End Of Time.”

Mariano has definitely found a strong ally in Clayton…neither of these dudes seem to make any mistakes when it comes to their art, music, career or vision of how these songs should sound.  The multiple layers contributing to the music from the bass to piano, guitars to trumpets, saxophone, drums & more…it all adds up quickly to show just how much effort that Schiavolini puts into his creativity & writing.  I think it also speaks strongly to how much each artist involved in an idea can also end up helping shape its overall sound.  Listening to the smoothness in the music…it’s a bit tougher to say…I can still hear that it’s got all the elements you’d typically find in jazz…but it’s structured much more in the pop-entertainment style of defined verse/chorus/verse rather than the typically more loose structures you’ll find in that genre.  Again…that’s kind of splitting hairs ain’t it?  Facts are facts…there’s not much else to pick on this crew of collaborators for…they seem to know exactly what they’re doing.  Ultimate point being that Clayton ends up adding-in his own stunning & professional style through both the lyrics and vocals here – and that takes the entire song in the direction of a new sound now shared between them.  In my humble opinion, that’s exactly why we should all be, as artists, open to the idea of collaborations; quite often that next contributor to a song will lead you into a part of music, sound or idea that you might not have discovered or found on your own – and those are the kind of wonderful surprises we should live for when it comes to writing new songs.  It can also lead to an incredible sound of strength in the results too, like it does on “Till The End Of Time” – the kind of song where you can feel that everyone’s contribution plays a strong role…and that as artists, each of their voices/perspectives are ultimately heard by what they bring to the song.  Expertly produced by Schiavolini once again…I’ve really got no complaints on what I’ve heard here today between these two singles here and doubt you will either – they’ve done a great job on both these tunes and I firmly believe you can hear they’ve put their hearts & souls right into every moment.