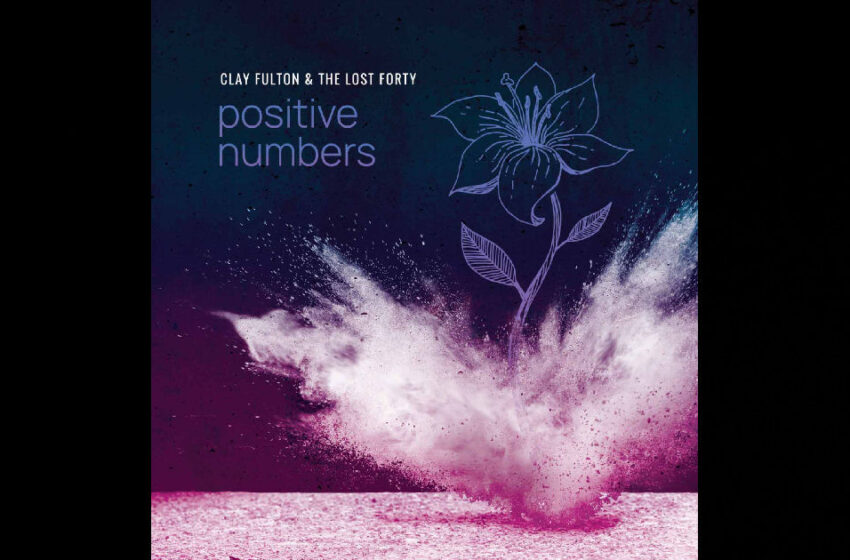 Oooo!  New album out…that’s always exciting times, ain’t it?  Clay Fulton & The Lost Forty have just released their brand-new record called Positive Numbers back on the 12th of August, and we’re here to tell ya about their shiny lead-single called “Little By Little” already circulatin’ around the ol’ internet.

Branded as “Authentic Minnesota Music,” I’ll have to take their word for it from way up here in Canada.  Can’t imagine they got any reason to lie to us, so let’s assume that’s the truth!  What I can tell ya for sure is, if this is indeed an authentic representation of what’s happenin’ over there in the Minnesota music scene, that place is in real good shape right now – this single sounds freakin’ fantastic.  Looks like…according to the pictures you can find on their website…Clay Fulton + The Lost Forty = about six players in total – and they should be extremely proud of how professional this song right here turned out – everything about “Little By Little” speaks volumes on behalf of just how ready for the next level this band really is.  This cut was actually the lead-single from their new album, and it’s easy to hear why it was chosen – “Little By Little” is an excellent representation of the band’s sound and incredibly enticing…it’s the kind of gateway into listening you wanna be putting out there as a first impression.

No reason I can hear that Clay Fulton & The Lost Forty shouldn’t be opening up for Mumford & Sons, Nathaniel Rateliff, or even the Zac Brown Band if they want to be…there’s a spectacular amount of crossover sound goin’ on in this single that’s a little bit Country, a little bit Folk/Soul, and a whole lot in between as well that could have them playing with Pop, Rock, and just about everything else when it comes right down to it.  In any event, no matter who ya might compare them to, or who ya might think they sound like – it’s clear they’ve got enough versatility to really reach a widespread audience and pick up a ton of fans every place they go.  Heck – even me!  I’m not exactly the guy that tends to reach for many tunes he’d describe as Country-anything to begin with, and Clay Fulton & The Lost Forty had me at hello.  I mean, if the main hooks in the songwriting & sensational vocals in this band didn’t instantly grab me to begin with, the spectacular musicianship would have accomplished that no problemo too – LISTEN to that thick low-end of the bass kickin’ out the heartbeat in this tune…or moments like the piano solo you’ll hear in “Little By Little” – there’s not a hair out of place here & they play like a truly unified force.

I suppose…if push came to shove…I’d probably have to give the vocals the most credit for getting me on board though.  That’s not to take a single point away from this band of aces – I LOVE what I hear from every player, and the balance of their strengths is ultimately impeccable…but hearing the way the vocals bend to the melody in the main hooks simply has that undeniable magic I’m always looking to hear in a song I’m listening to.  “Little By Little” is a perfect example of a tune that’s genuinely played with purpose and passion – the lyricism is insightful, the structure is bulletproof, the instrumentation sparkles & shines, the vocals from lead to background stand out for all the right reasons – truly, this is a complete performance to be proud of, no matter which player you are, or what role you played in playin’ it!  It’s as catchy as it is comforting…there’s a genuine wisdom to the words here that you’ll be able to relate to, that echoes the speed of life and how it continues to barrel down the road of time whether we like it or not…we might want to pause every so often, but “Little By Little,” our trains are all movin’ forward at all times.  Crossover sound to the nth degree working in their favor, Clay Fulton & The Lost Forty are speeding directly towards their success – songs like this and bands like this speak completely for themselves…I don’t need to sell’em to ya when we’re all gonna agree that they’re absolutely incredible.

Find out more about Clay Fulton & The Lost Forty at their official website:  https://clayfulton.com