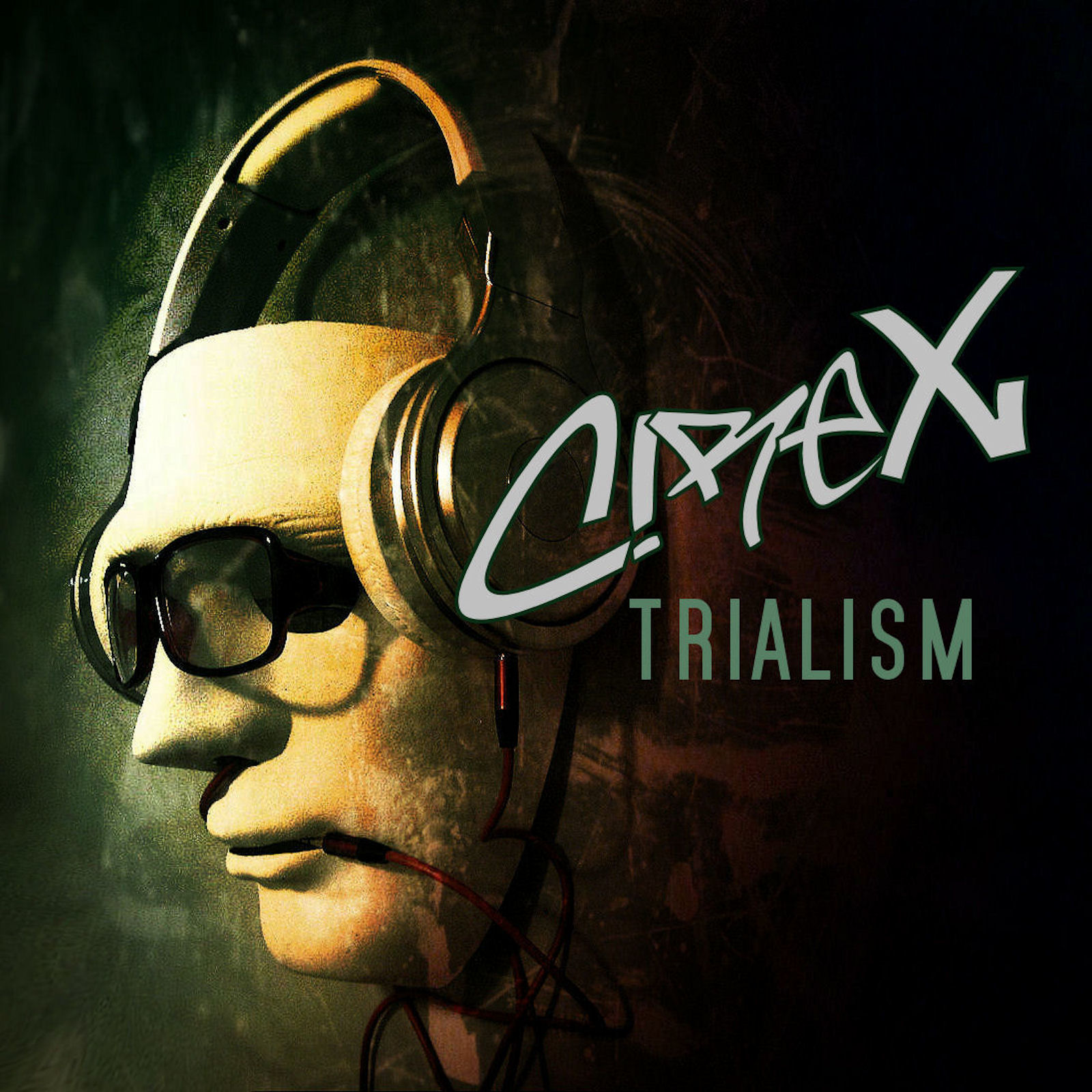 The latest album from the electro/dubstep/IDM musician and multi-instrumentalist known as Cirex is the audible representation of what putting a full-packet of Pop-Rocks at the base of your brainstem might lead to. Now, first off, no matter how that might sound to YOU…to me, that sounds rather like an enjoyable afternoon. This album actually took me back to the days where my brain WAS popping on all kinds of chemical levels and enjoying myself surrounded by the brilliant world of IDM and electro music. Keep in mind…I’m old and moldy now…back in my day we didn’t have none of that ‘dubstep’ stuff…hell, IDM was the cutting edge description, the one I still believe encompasses much of that genre today.

That being said…I quickly learned the difference between what was considered IDM (Intelligent Dance Music) Vs. EDM (Electronic Dance Music) and that I could be even MORE of a music-snob just by being able to make the distinction. To me it was a pretty uncomplicated formula; the more complex the parts involved, the more math you could identify in the rhythms and precision…chances are you were listening to some IDM. Conversely…if it just made you want to move and dance the night away…probably got yourself a nice EDM album to keep you up all night.

Much like Cirex obviously has, I gravitated towards IDM and actually steered completely away from EDM almost altogether. IDM could take a pocket-groove found in 100 EDM songs and combine it into one, which was perfect for the way I would listen to music…I needed that constant variety in sound…I still do. I could get the very best of the best of atmosphere and creativity through Aphex Twin…or the most extreme sound combinations from something like Venetian Snares; and as much as I hated the IDM term for sounding ‘above’ all other genres, I had to hand it to these incredible artists that were combining sounds in new ways I had never experienced or had even thought possible yet.

But like I said…I’m old now. That was long ago, but those sounds still heavily influence these artists today and have certainly paved the way. And as a sidenote, I’d like to mention that I’m not REALLY that old…both Aphex Twin AND Venetian Snares released killer albums just last year…

But we’re here to talk about Cirex and the latest album Trialism. This exciting sound-collage comes to us from the mind of musical super-genius Eric Ortiz, and this guy is serving up twelve tracks in just over a half hour, so full of sound it easily feels like you’ve listened to the catalogs of several artists in only a single listen. Like the best IDM albums from way back in MY day…it’s not something you can just take in without some serious digestion of everything that’s going on; albums like this take a lot of listening to truly get your mind around them.

Right off the drop Cirex gets it all cranked up and coming at you with “Cyber Me,” a crunchy cut-up riff that demonstrates this is not only an inventive beat maker, but one that’s quite comfortable in the dark as he is in the light. Tracks like “Cyber Me,” “Re-Transition,” and “iHuman” all that that standout quality of having just the right amount of menace and sense of intensity, or perhaps even danger throughout. You can tell that Cirex has a large understanding of soundscapes and how to bring an entire wall of sound crashing down, and how to build it right back up again.

A couple of my absolutely favorites were “Location 787,” and “Mnesic,” and for radically different reasons. I love the frantic nature of a track like “Mnesic,” and certainly can appreciate just how difficult it can be to make a tighter-than-tight 3 minute track like this…it not only takes incredible conviction and belief just to get it recorded at ALL, but then the editing involved will try to break your very SOUL. Hats off to Cirex as all the way through this album, there was nothing but flawlessly mixed sound in a genre where that achievement is extremely rare. No frequencies will jump out at you so hard as to bleed your ears; this is all very, very professionally done electro.

Back to “Location 787…” and maybe “Peter Blade” too…both of these tracks contain a more structured ‘song’ feel somewhat in comparison to other tracks like “Assembled,” or “35PercentLessPlastic” but much like listening to too much Venetian Snares would send you running for the hills in a silent bunker even after an amazing listening…Cirex has played the balance of sound completely perfect bringing slow, heavy groove & rhythm patterns like you’ll find in “Location 787,” and “Peter Blade.” These songs would be the glue holding together the sanity of the Top-40 crowd as they dare to experience themselves some Cirex for the first time. For the record…I absolutely love “Assembled,” that’s another extremely well put together cut-up beat.

Overall, it’s a completely commendable effort for adventure, texture and commitment to style and sound. Cirex clearly takes this extremely seriously in the studio when it comes to quality and has made sure we’ve got the very maximum coming at us in sound, on every second. While it’s always going to be a challenge for a genre like this to gain acceptance among the mainstream, there are certainly a ton of people just like myself who have been waiting for a new innovator like Cirex to come along and get us excited about the incredible places that you CAN take electro music and bring it back to the forefront of our musical obsessions.