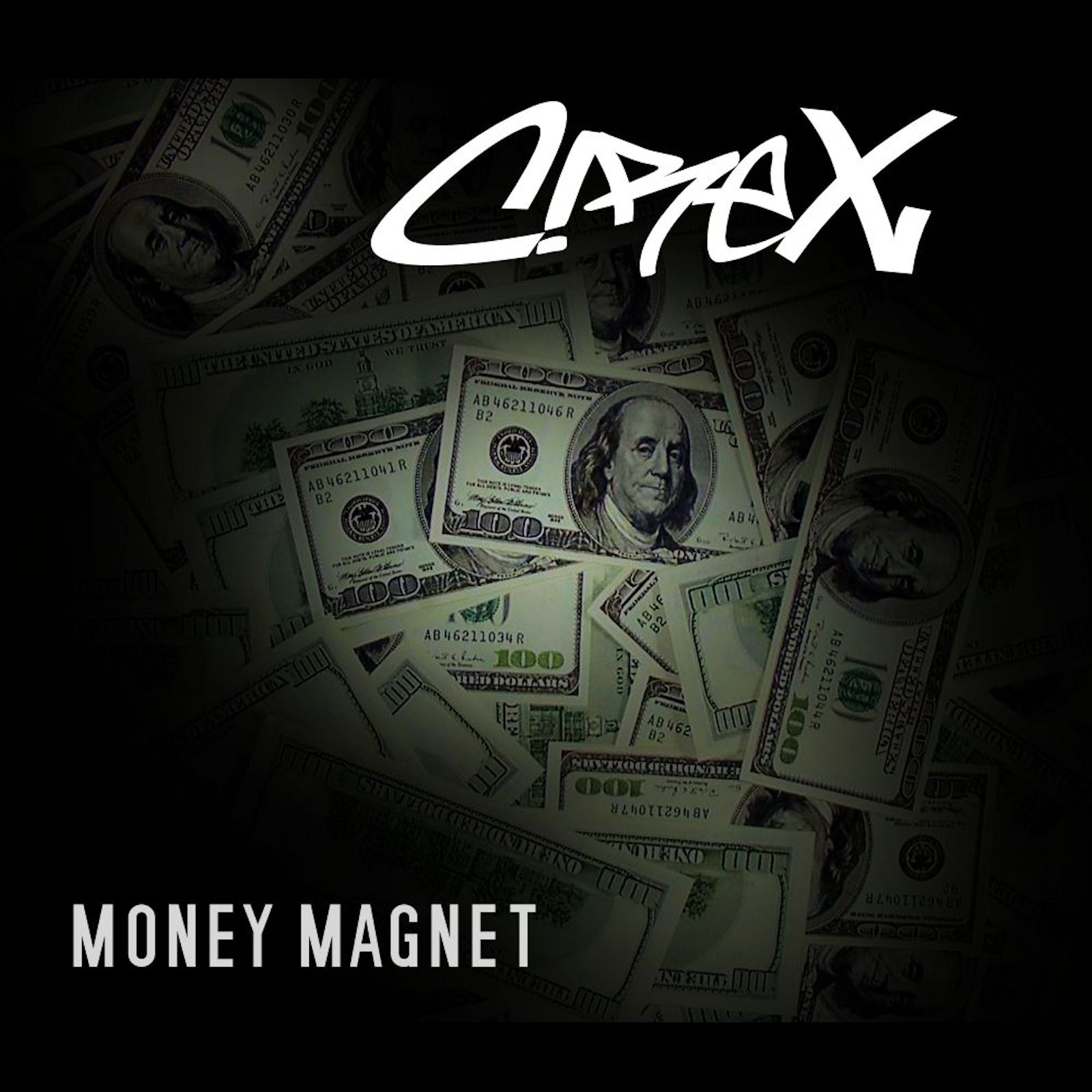 Mathematical music-hero Cirex is back on our pages with a brand-new set of broken-electro fragments all pieced together with the skill of a surgeon on his latest “Money Magnet.” In my humble opinion…I’ve watched as the evolution of Cirex has grown over time…and I’ve listened to his complex electronics for I think a couple years or so now since being turned onto what he’s creating…so…it’s not like this next comment is made lightly, as clearly I’ve both been around and heard some stuff – but shit gets downright weird in the world of Cirex on this latest single…so be ready.

He’s back up to his tricks with the quick switches & glitches that have moulded into a real signature & recognizable style. “Money Magnet” might be one of his most complex to date in the magnitude of its five-minute threshold, but by sharp contrast it might also prove to be one of the toughest to follow. Much like math itself – this is a heavily loaded full-equation to electro-precision and sharp editing & production, but one complex beyond the reach of many in certain parts of this new single. But again – just like math, not everyone is always going to ‘get it’ – I’m living proof of that. The math…not the music; and for some reason what Cirex cooks up always seems to be something I can connect with.

What really blew my mind on this particular cut was how he used tempo itself to great effect and didn’t just rely on his sharp editing to get him by…the way he bends some of the sparkling, theatrical sounds and the speed of this beat really creates this like…I dunno, TIME VORTEX whereby you feel like you’re listening to a song comprised of solely finding the best parts of an entire electro-disc, scratched to all-hell and then played; and as it hits each individual part you get a short burst of electro-awesomeness before it punches quickly into the next piece of the electro-puzzle. You electro-feel what I’m saying?

Though the new-single has some repetitive rhythms that will cycle through so you have something to latch onto, it’s still one of the tougher ones in the Cirex catalogue to really wrap your mind around with only a single listen. With it being such niche music – the beauty in what Cirex often does through these deconstructed & highly creative burst in sounds is that he goes with gut instinct and isn’t afraid to test the water with material that might take time to grow on people unfamiliar with the genre – he knows his audience and the people that naturally connect with this extreme style. And he seems to connect just fine to those…this guy pulls in all kinds of attention and response from all-over each time he puts out a new track.

“Money Magnet” with its time-warping effect through these adjusting tempos and interlaced parts proves that once again Cirex has challenged himself to bring something new to the table. Amongst the EDM/dubstep franticness and the electro-circuits firing off in all directions, this song becomes real brain-food quickly as it shifts the tempo overtop of layers that stay static-clung to their beat and the resulting effect has truly warped my brain.

It’s like…to the point where I’m gonna be so upset with myself tomorrow if I get up to discover that “Money Magnet” sounded completely in like, 4/4 timing or something. I’ve gotta admit, it’s been a busy day here and I’m a little dazed from all the interviews etc going on here today…

…but if there’s two things I’m reasonably sure of right now, it’s that I haven’t been drinking, and that an artist as purely defined in their style & craft as Cirex is would never be caught dead in something as simple & straight-ahead as a 4/4 timing, easy beat. He delivers music your brain can chew on…stuff that takes time to digest, think about and then listen to again; complex patterns and dynamic shifts in sound that are guaranteed to raise your heart-rate and your eyebrows all at the same time.