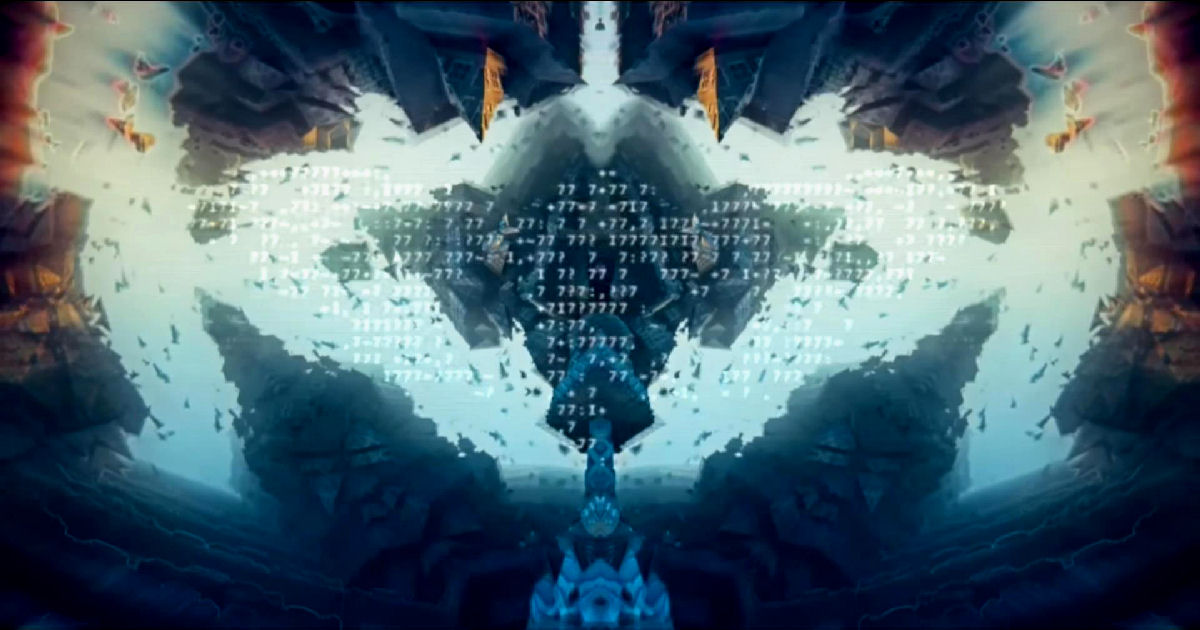 Over the course of our history making it, music has continually evolved in several directions.  Regardless of anyone’s opinion on the current state of where it’s at in any given point in time – we’re a heck of a long way from where it all began.  There will always be old greybeards out there huffing and puffing about how music isn’t the same now as it once was…and essentially, they’re right – it’s always in a state of flux that allows it to expand & contract with the culture surrounding it.  And I’ve got news for ya – that’s never going to change…if anything, evolution in music is its one true constant…artists & bands of all kinds are continually searching for a new sound or idea that will break through the barriers and challenge what we already know, revealing something that can only be described as truly unique.  Our history has already proven time & again that we’ll find those new creative breakthroughs and that next-level for the art & craft itself – and you could make a strong argument that this Cicada 3301 “Music Mix” is a perfect example of that exciting evolution taking place once again.

To understand this even remotely, I have to take you down the rabbit hole with me for a distance.

The mysterious notes I received with this video completely intrigued me.  The main message read:  “This is the amazing music of Cicada 3301, a mysterious entity or entities who clearly have astounding musical genius like Beethoven and Bach did.  They are rumored to code their music with secret messages.”  And at this point, I figured, okay…I’m in…music with secret messages?  How COOL is that?  The message would go on to make clear that there are to be no true credits attached to the music, no money looking to be made here…anonymous like that in several ways…subservient to a greater cause somehow…noble.  I felt like there were easily over 9000 ways I could support an idea like this existing in music already, let alone the fact that its creator or creators never even felt the need to take credit for it…it was abundantly clear that this was art for the sake of art & I’ve got a ton of love and respect for that.  I’m sure you get the idea by now – I was already hooked on the concepts, long before I had even pushed play…and then I clicked it…and I ended up down a whole other rabbit hole I didn’t even know was about to come at me.

Hopefully you’ve given that a click yourself…because you’ll need to know some stuff if you want to get the full experience.  I truly mean that perhaps more than I ever have if I’ve ever said it before – because this is entirely next-level.  Watching the Cicada 3301 “Music Mix” was a complete trip the first time around…not only is the music seriously gripping, organic, intense, emotional, and wildly expressive – but the visuals, as promised, seemed to be like never-ending ocular puzzles & kaleidoscopic scenes – at first.  But then I started to notice other things…little things…flashes of what looked like perhaps computer code or something…it wasn’t just a glitch in the editing – take a look at 3:17 in the video for example and watch what happens.  This was right around when I realized that whatever’s actually taking place here, is far, far beyond my own intelligence level…I can barely do a crossword puzzle let alone try and crack some sort of code – and that seemed somehow like what this might actually be.  Things like the flashes of imagery around the 5:12 mark seemed to be so sparingly placed…and purposeful somehow.  I’ll go into more detail on what I found later on, but I finished that first run through the video (notice the length!) fascinated & amazed with what I saw & heard…and then out of the corner of my eye, spotted a video that actually helped explain a ton of what I’d experienced.  It’s definitely not a cheat-code to understanding or unlocking the final message that’s likely contained within the Cicada 3301 “Music Mix” – BUT – it definitely confirmed that these things you see pop up on screen ARE indeed clues to an even bigger picture.  The video I watched explained that there are just about a million ways that these puzzles can be put together…almost always rooted in some real deep-web type-stuff where there’s multiple layers of computer code riddles, different phrases, imagery, on-screen brail and morse code even being used, along with the music itself, which could potential provide more clues through tempo & timing.  You see what I’m saying dear readers, dear friends?  You wouldn’t even take a project like this on unless you had such an enormous & unmatchable true love of the art & craft…that genuine want to see music & the mystery and magic it can provide succeed out there on several levels in a blissful new evolution.

And so, armed with my newfound knowledge, I went back to the Cicada 3301 “Music Mix” determined more than ever to crack the code, once & for all.

I’m absolutely kidding.  I went back to watch it again to see what else I might find or hear, because after the video explaining what the Cicada 3301 phenomenon was all about and how it’s essentially the internet’s most complex & impossible puzzle designed to render god-like minds into mere mortals, I’d long surrendered the thought of being able to decode the ultimate messages that this video is hiding on us.  But that’s ME…that’s ME knowing my limits & playing within’em – I’m shockingly ignorant of almost everything outside of music, people, and politics – YOU might just have the mental capacity that is required to unlock such a magnificent masterpiece.  In my heart of hearts, I can only hope that those of you that CAN hang with such an involved concept and are somehow rewarded with the ultimate answer it provides, that it like, leads you all to a hidden, untouched, & beautiful place on earth where everyone can jam together as one.  Like a map to the most ultimately artistic & precious space on the planet.

So look…I love you all, I don’t want you to get me wrong here…I think very highly of…most of you.

But conceptually, this is gonna be well-beyond most, just like it was for me.  I can acknowledge when I meet my match & when I’ve run into something that’s far more evolved than my mind can personally reach.  It’s like the cookies on the top shelf when you’re a little kid – you can see them up there, you know they exist, you just can’t quite figure out how to grab them or consume them.  So while I recognize that there are multiple, multiple layers that I’m missing out on here…I still understand that awesomeness IS there, even if I can’t claim to understand the mechanics or driving forces behind it.

And perhaps therein lies the most ultimate brilliance in a project like this.  I’m at LEAST .001% smarter now for having watched, listened, and attempted to understand even one iota of what’s actually happening here – and isn’t that the main intention at its core?  Evolution right?  A concept and stunning execution here…the impeccable attention to detail and painstaking process of creating something that works audibly, visually, AND THEN within multiple-layers of those dimensions to reveal something even more?  C’mon people – who even DOES this?  The imagery in the video is STUNNING to watch, the brilliant use of vocal samples at random times…both forwards and backwards, add even more to the story, and I’m sure of course, to the hidden messages contained inside this experience.  The music itself, is both scattered in style and intensely organized…creating a lengthy mix that could only be described as every bit of the adventure this whole idea is meant to be.  There are majestic orchestral moments & memorable melodies, there are more experimental jam-style moments that take more of a decided avant-garde rock style at times, brilliantly jazzy spots that combined piano, bass, strings in gorgeous ways…for those of you out there like myself that really dig on a widespread sound that can house multiple ideas, how can you not love this completely?  And that’s my point…really…you don’t HAVE to understand everything going on; if you do, you’re a genius straight-up, but even if you were to only catch a piece, you’d be smarter for the experience of having checked this out, know what I mean?  It’s ideas like this that shift the entire paradigm of society forward…slowly for some, perfectly paced for others, but forward at all times…into the unknown.  This entire theme celebrates the unknown.

All I’m saying here at the end essentially is that, even if I hadn’t learned everything I’d discovered about the Cicada 3301 mystery, I still would have given this an incredibly enthusiastic thumbs-up.  The music NEVER stops being anything short of colorfully imaginative and insightfully thought-out; it’s just as brilliantly played & performed and the range of styles from traditional, classical instrumentation to modern-day electro & ambient atmospheres is breathtakingly fresh and seriously remarkable.  In essence, there is SO MUCH to listen to in this one “Music Mix” that you could take this one track as your desert island album and you’d never get bored.  Excellent shifting moods, emotions, attitudes, and atmospheres in the music…and then like, if you’re lucky enough to have a TV somehow on that desert island of yours and you’re able to watch the video…well, I mean, you’re all set.  Grab a coconut, grab a fresh lime, sit back, and enjoy the show on every level you can.  Perhaps, if you’re lucky enough (and lets face it, if you’ve got a TV on your desert island, then you’re in pretty good shape luck-wise) and you stare at the screen long enough & really listen closely…one day…ONE DAY…you might just crack the code.  In the meantime, you’ll be like me and the majority of the rest of us, taking a genuine trip through an amazing set of visuals that truly interact incredibly with the amazingly charismatic music surrounding it.  The bottom line is, whatever level you end up being able to enjoy this on, it IS enjoyable; you don’t need to solve the puzzle to dig the incredible music, and vice-versa…you could watch this for the puzzle alone and be fascinated I’m sure…but for the record, the music is EPIC and seriously adds to the experience all-around…so do the right thing and turn this way up while you try to figure it all out.

I’m astounded, truly.  This is a concept in music I’ve never experienced before and execution that should be lauded for its stunning attention to detail & sharp focus.  I wish each and every one of you out there the best of luck in being able to crack the code of the Cicada 3301 “Music Mix,” because that’s gonna be seriously tough for a whole bunch of you out there.  That being said, I’m much more confident in saying that I know each and every one of you out there will discover something about this that you’ll fall in love with…whether it’s the incredibly ambitious sounds of the instrumentation, powerful emotion in the melodies, grooves in the music, experimental wildness in the ideas, or the jaw-dropping visuals that come along with this entire experience…there’s something for everyone here, somewhere.

And if my theory is correct…eventually that ‘something’ is ultimately what brings us all closer together.  What furthers our own story, as humans sharing this planet.  What evolves us.

This was truly unforgettable.  I’ve written a lot, but I’m truly lost for words.  You have to experience this one for yourself to fully get anything I’ve said…and I highly recommend you do that – this is amazing.