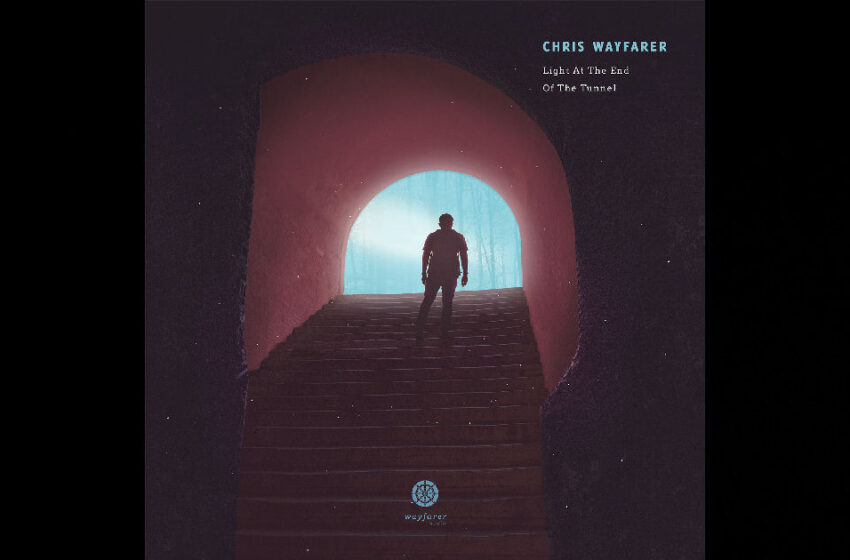 Chris Wayfarer – “Light At The End Of The Tunnel” – Single Review

So…look…I mean…you really can’t deny that Chris Wayfarer knows his way around the DJ decks & how to produce a solid tune from start to finish…at least, not after listening to “Light At The End Of The Tunnel” – it’d be mighty hard to claim otherwise given that there’s not an inch of this single that’s out of place.  I’m not gonna lie to ya, or make some wild claim that he’s recreated the wheel for drum’n’bass or any other facet of the Electro-realm with this latest cut – but there’s no question he’s got a decent track that a lot of people will enjoy.  Let’s be real here…with such a remarkably chilled-out sound, it’d be really tough to advocate that “Light At The End Of The Tunnel” is gonna be the single that makes you stand up & cheer this year…but that still shouldn’t take away from what Wayfarer has accomplished overall.  The goal of every musician out there isn’t to make the next hot summer jam; with so many unique ideas & directions & sounds & styles – quite often making music is about something altogether different that we never even know as listeners – maybe Chris was simply looking to sharpen his skills or production technique…maybe he was just looking to create a flawless cut that many people would enjoy, even if they might not run down the street ranting & raving about it – we never really know.  Just because a track like “Light At The End Of The Tunnel” sticks fairly close to the script doesn’t make it any less of an achievement, you know what I’m saying?  Sometimes a good song is merely that, plain as day.

Chances are, you’ll get what I mean when you have a listen for yourself.  While this latest cut from Chris might not exactly amp you up to the point where you’ll start throwing chairs across the room out of pure excitement – there’s still more than enough here to keep you listening, engaged, and entertained.  To me, I listen to a track like “Light At The End Of The Tunnel” and simply recognize that the fans of real D&B tunes, the producers out there, and the audiophiles like me, are probably going to be the folks that tend to get the most out a song like this.  As for the rest of you out there, like I said, it’s not that you’re gonna listen to “Light At The End Of The Tunnel” and have a negative reaction to what you hear, but it’s much harder to say whether or not there’s enough excitement amongst the mellowness & slow-build of this song to keep them coming back to it.  Essentially, this single plays very much like it’s been designed for the real fans of chilled-out House & D&B…those that appreciate the subtle transitions in music that often get overlooked by the masses of the mainstream, and the people capable of diving deeper into the stuff they’re listening to beyond seeking out another catchy verse/chorus/verse cut to sing along with.

Because when it comes to technique & skill, Chris Wayfarer has plenty to offer ya, and I felt like any set of ears paying attention right from the drop can hear that easily here on “Light At The End Of The Tunnel.”  While even I’d concede he’s got quite a lengthy build towards the main melodic hook that you’ll find at the heart of this single, along the way you can hear his use of production & how it all plays a strong role from the lefts to the rights in supremely controlled, professional, and delicate ways.  Looking at it from that angle, “Light At The End Of The Tunnel” becomes a fantastic display of restraint and sensory sound as one, allowing us the time to step right out of our world and into Wayfarer’s – the time we spend in between the main melodic hook is used to flex all kinds of audible finesse that’s more than impressive if you’re listening closely, or again, if you’re a dedicated fan of the genre/style to begin with.  Chris makes moves that would honestly fly right by the average everyday listener, and that might be a reality he’s gonna have to confront & deal with at times – that’s not on him, that’s on how the masses tend to absorb music & listen to it on their end…ultimately, people notice big dramatic shifts in sound & tend to gloss over the rest.  That’s how it’s always been – there’s nothing new in that equation.  I’d fully assume that as long as the folks outside of the Electro circuit can hang on to the point around the two-thirty mark where that main digital hook gets revealed, they’d have no problem at all sticking it out for the rest…Chris has actually got quite a memorable musical hook laced into what you might consider to be the ‘chorus’ of this Electro instrumental, and it’ll make a huge difference for a lot of listeners once they reach that point in “Light At The End Of The Tunnel” in terms of their interest and the impact Wayfarer makes by adding that key extra layer.  Appealing to fans on the inside of a genre, sound, or style is one thing – finding those ways to pull in new fans from the outside is another altogether – but it’s hooks like Chris has created within this single that genuinely do have a vibe that’ll connect, assuming those same people can keep their ever-shortening attention-spans affixed for a moment or two.  Personally, I dig the chilled-out mellowness of “Light At The End Of The Tunnel” and felt like every time Wayfarer did add a lil’ something extra along the way, his superb technique & stellar ear for sound ensured that we got the most out of each element through its sonic textures & tones – again, if there were a million things goin’ on instead, we’d likely never be able to appreciate the subtle transitions & elements he adds to the mix in the ways that we get to through the clarity you’ll find in a cut like this one here & the way he’s designed this so precisely.  It’s important to remember, as listeners, that songs can be every bit like a great story – and more often than not, the best ones we know & love all have an arc & an evolution to the tale along the way – Chris Wayfarer gives you plenty of reasons to keep listening through the supreme details he’s put into “Light At The End Of The Tunnel.”  If you’re paying attention to its highly flexible vibes, specifically when it sparks to life at the most involved points of its vibrant melody…you can’t help but feel that Chris found his way right into the heart of the magic.

Tags: Chris Wayfarer Light At The End Of The Tunnel Singles sleepingbagstudios