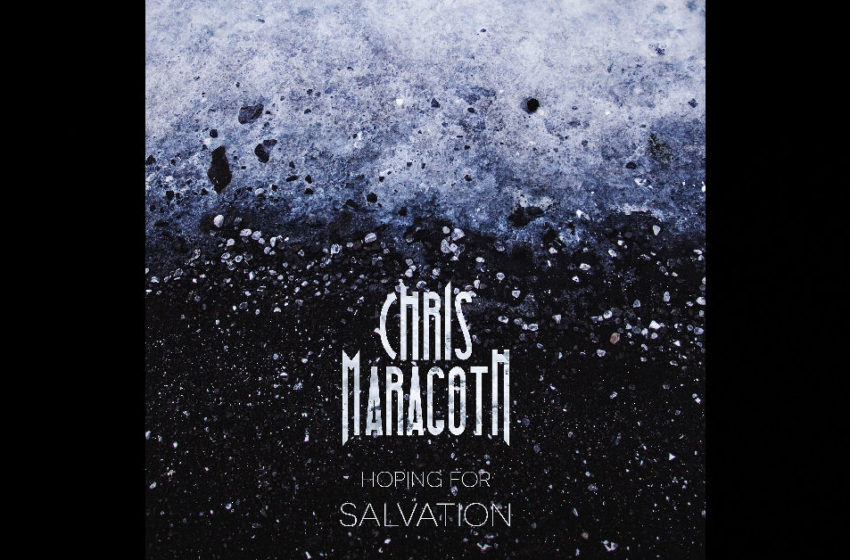 I’ll fully admit, for about thirty or forty seconds, Chris Maragoth had me questioning whether or not my instincts were correct.  I had it in my mind that listening to the new single “Hoping For Salvation” was going to send me deep into a storming Metal track…and with its gentle opening & gradual build-up taking its time to introduce Maragoth’s latest cut, I started to second-guess myself.  Then it happened.

And that’s no knock against the way the song begins – I actually like the entire structure and sound of “Hoping For Salvation” quite a bit, I just assumed that Chris was going to go straight for the throat from the very first moment of his new single before I had a chance to listen.  No real clue why that is…I suppose the name Maragoth sounded hardcore to me…then I factored in having a guest-star by the name of RoT on a song, and the possibility of religious connotations on a song titled “Hoping For Salvation,” which is something you find scattered through Metal music’s history.  I added all this up and just assumed this single was going to rip me a new one before I’d even pushed play – which, mind you, is always fine with me when that’s the case…but I do personally enjoy a more cleverly laid-out structure, which is exactly what you’ll find in Chris Maragoth’s “Hoping For Salvation” featuring RoT.

So truthfully, I was already pretty hooked on the sound of the beginning of this tune and just about ready to settle into it, before it blasted into its gripping grind of more intense Metal sound.  Took me a second to switch gears and realize I had been right all along about what Maragoth was gonna sound like, but I was immediately onboard with the powerful chops on display and killer execution from the music to the microphone.  I’ve mentioned structure twice already – and there’s a reason for that – that’s where you’ll find a track like “Hoping For Salvation” really excels.  The musicianship and vocals are more than impressive, but it’s also the fact that the writing here is truly bulletproof as well.  A genuine crossover cut, the hooks run deep here – fans of all kinds of Metal from traditional to ultra-modern are guaranteed to dig on this, and it’s also not too much of a stretch to imagine Alternative/Hard-Rock/Punk fans getting into “Hoping For Salvation” as well.  The structure of this single takes you on that journey we’re always seeking out as listeners, and the way this song rides the fringe of multiple genres gives it the opportunity to find a seriously widespread audience.  There’s a lot of meat on the bone here, as they say; not a doubt in my mind that tons of people will latch right onto the supreme efforts being made on “Hoping For Salvation.”  It sounds excellent, the songwriting is killer, the production is bang-on, and the performance itself is what’s likely to make the biggest impact on the listeners at the end of the day.  Together, Chris and RoT thunder through this single with resounding confidence, punishing authority, and skills that simply can’t be denied.  It’s a flawless cut and a single Chris and RoT should seriously be proud of.  PLUS – they’ve got themselves a wicked black & white in-studio video to support it that shows this whole moment happening right there in front of your eyes & ears!  The intensity never lets up for a moment visually or audibly…ultimately, “Hoping For Salvation” is a completely single-worthy tune highly deserving of a video and being heard by the masses out there.  A compelling & strong gateway into the music of Chris Maragoth – you can tell the man is all about quality and ensuring listeners around the globe will want to turn his tunes right up to maximum volume.  You KNOW you’ve got just as much time for that as I do – so do the right thing and get yourself a dose of the adrenaline running through “Hoping For Salvation” – click play on the video below & have a look/listen!

Find out more about Chris Maragoth through the official links below!