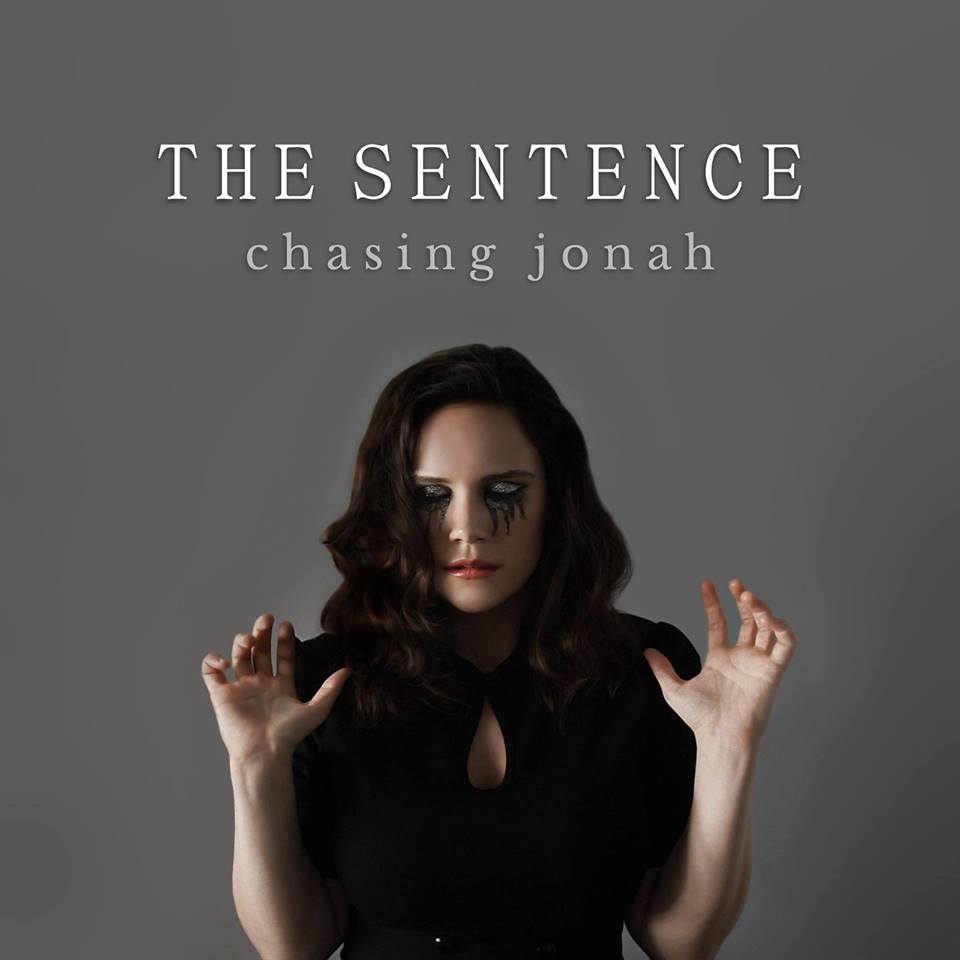 We’ve just passed our 1000th review at the page…and as we embark into the adventure of the 1000 to follow, I was stoked to find a new single from one of the most reliable sources of music out there in the independent music-scene – Chasing Jonah.  The musical-mind of Ashley Dudukovich is one of the most innovative, creative and beautiful that I’ve found throughout my past three-plus years of reviewing bands & artists at sleepingbagstudios – and her new single “The Sentence” proves I’ve had every bit of reason to believe in this particular artist as strongly as I have.  The powerful music she made on the last album we reviewed from Chasing Jonah put her on my shortlist for the year and her fans came out big-time to support her in our nomination for our Best New Sound of 2014; I’m not even remotely kidding when I say that this is seriously one of my favorite artists to listen to from the independent scene.

To say that the strength of the material we found on the Chasing Jonah album Prelude raised the bar of expectations for ANYTHING we might hear in the future is nearly as big an understatement as I can make.  The quality was stunning…the writing was breathtaking, unique and beautiful…and with one album – Chasing Jonah forever stacked the deck against the future by putting out such amazing songs on Prelude.  One of the best qualities of Ashley’s music is how incredibly REAL the emotion in it can be…and I’m so beyond proud to announce that she’s done it once again somehow…”The Sentence” surpassed any of the massive expectations or hopes I had for her future – THIS…is powerful stuff.

Her ability to mix melancholy & melody, perspective and genuine feelings is second to none.  “The Sentence” is an incredibly moving song…it’s got some pretty tough context in the lyrical content that will absolutely make you think about & feel her words.  I found the writing of the words to be incredibly insightful and written in a way that makes them tough to fully-figure out.  To me…it was a comment on society and how the media typically explores themes of ‘what the woman was wearing’ or examine other irrelevant parts of a victim’s life in an abusive situation.  Whether or not ‘we ask for it’ simply through the innocent nature of how we present ourselves to the world…and how we respond to it once we’ve become a part of a situation like that.  I could be wrong…it’s all the theories in my own head…but in my opinion, if this is the case, Ashley has nailed the mixed-emotions that come along with tragedy on “The Sentence.”  “The Sentence” as far as I understand it…could potentially last a person’s lifetime…if we let it.  I think it’s songs like this that provide the vehicle for empowerment that some people out there truly need…a real anthem of resonating expression…one that sounds unfortunately all-too real at times.  Even though that’s certainly part of the goal in writing a song for any band or artist…sometimes words can really crawl right under your skin…they can stick to you…you can FEEL them, not just hear them…because in those words is a truth.  There’s no doubt about the darkness of the lyrics on “The Sentence” – but the very fact that a song like this gets written shows that the power that had once been taken is now once again, fully restored if not even stronger.  Turning tragedy into art is courage…and whether or not the song is based in fact or fiction – the atmosphere in the music and sound of Ashley’s fragile emotions make “The Sentence” sound extremely real.

With the professional approach and strength in the writing of similar acts like Luba, Kate Bush or Feist – Chasing Jonah has scored another massive hit with me here on “The Sentence” and I have no doubt this will hit home with a fantastic number of people out there.  The atmosphere is chilling…the words are haunting & meaningful…and truly, we get to step right into a song that really envelops the mind and strangles the heart in its raw & real emotions.  Chasing Jonah’s left me nearly speechless once again…Ashley writes music at such an extraordinary level that it’s impossible not to notice just how high she soars above the rest of the artists out there in the independent scene.  The outpouring of emotion and true commitment to her ideas give her a confident sound…and no matter how confused or questioning the lyrics might be…that overall confidence leads her to a stunning victory and achievement through the melancholy and sincere innocence & beauty of “The Sentence.”  Absolutely incredible.

Definitely an artist to follow…don’t miss anything by Chasing Jonah.  The new single “The Sentence” is officially available and being released to the world as of September 15th – stay connected by visiting the official homepage here:  http://chasingjonah.com/