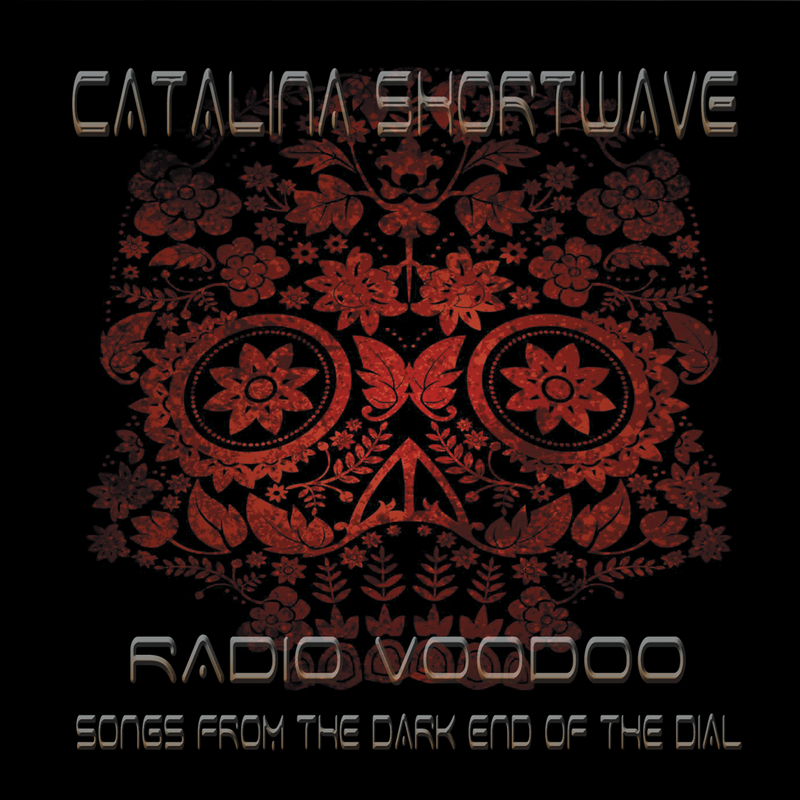 Impressive growth from this band! It was like…what – two years ago since we last reviewed some music from Catalina Shortwave? Somewhere around there…not too much escapes this brain of mine when it comes to music…I remember Catalina Shortwave as being on the cusp of even greater things as we first heard their album Repeater…parts that I liked and perhaps some parts that revealed the newness of the band still at that time. All indications had these guys on the right path – the music was, and IS still, exceptionally tight, wildly energetic and highly skilled. I even had an insider’s tip on this one…hinting that I’d be in for quite the progression in the band since last I’d heard them.

So immediately true! “Your Old Letters” is such a hypnotically rad-jam; mid-tempo with excellent bass & guitars and really fantastic vocals up front. David Rizzo is confident and powerful on the mic as he sings through the slow-rock rhythms of “Your Old Letters” – he gives the performance a tremendous amount of attitude and power in the clarity of his tone. The guitar solos…just out-of-this-world kinda-good! Serious musician-type stuff happening here…and everything sounds as tight as a Hollywood celebrity facelift – all kept in line through John Garvey’s bold-beats, cymbal-crashes and drum-rhythms driving the song. Again…don’t get me wrong – Catalina Shortwave was never bad by any stretch of the imagination – but already from “Your Old Letters” you can instantly hear the sound of a band really coming into their own; this is great!

Quickly bursting into the punk-funk of “Here Today, Gone Tomorrow” – Catalina Shortwave picks up the pace and delivers an extraordinary blazer on their second tune. This song catches fire immediately; the bass of Roy Scaturro is a sheer pleasure to listen to – this man is WORKIN that thang! Throughout the verse the guy is just killin’ it alongside the winding guitars from Marty Stauffer and Keith Morey and relentless Garvey-pounding – the combination of them all makes for an incredible canvas of sound for Rizzo to work with. He makes the most out of every moment, ranging from wild, theatrical-elements to his performance to laying the story on thick through some old-school jive-talkin.’ The mix is 100% on the money – Catalina Shortwave is sound better & brighter than ever on their new record and ferociously hungry to entertain. The spoken word story & narration-of-sorts in the middle of this song is an absolute riot and delivered perfectly…”Here Today, Gone Tomorrow” is an incredibly entertaining listening experience and a great idea I haven’t heard as well-executed as this for some time.

The commitment to their sound runs deep now…and as a result I think Catalina Shortwave has really done a tremendous amount to separate themselves from the rest this time around. The execution is just pure audio-awesomeness – listen to the grind of “Breakaway” with its Led Zep-inspired sound in the music and bending-raunch of those guitars. So good! Rizzo deserves a lot of credit for really letting go of any typical conventions to find the real melody within the subtext of these rock-rhythms. While the chorus might not be the strongest one on the record, it’s bound to be the hook that’ll repeat in your head throughout the rest of the week to come. The rock-stomp and pure-entertainment value of the dynamics of “Breakaway” find a way to still keep the energy up even when the pace isn’t at the blazing-speed of “Here Today, Gone Tomorrow” and finds a flawless transition towards the album’s middle for another energetic-burst in “Darkstar.” I might be a little more mixed on that track than any other…but a little competition between tracks competing for my love & attention isn’t always a bad thing. I think there is an incalculable amount of things to like about “Darkstar” really…the musicianship, the structure, the production and performance…it’s quite an achievement as far as the writing is concerned. Took me forever and a day to remember what it was this song reminded me of through its rumbling bass-lines…it’s the song “Bitch” by The Rolling Stones that it reminds me of. Catalina Shortwave has found a great way of incorporating their influences into their music without letting anything take over too much – and the resulting combinations of ideas and styles have really shown the evolution of this band is clearly headed in every right direction.

I bet what would be far more interesting to Catalina Shortwave…would be to know that while I might have struggled to recall The Rolling-freakin-Stones (Although it’s even more embarrassing to admit I really only know a Goo Goo Dolls COVER of “Bitch” – yikes!) – a quick scan through their song list to what was upcoming brought a song of theirs easily right back to the forefront of my mind…none other than “Anne Boleyn.” THIS…is a song I remember well. “Anne Boleyn” stood out to me back when reviewing Repeater long ago…but she’s changed much this time around! The tempo has come up…it’s almost like a Ramones-take on their sweet “Anne Boleyn” from the past…but I gotta say…I’ll take this song in any form I can get it. I still think there’s a hit in this song for sure…there’s just such a vibrant & uplifting vibe to this melody…and this updated version really takes it up a level as far as the overall sound is concerned. Even though I’d probably just as readily take “Anne Boleyn” in her original-form – this redone vibe and intensity has really given an entirely new life to this song which is really cool to hear. They say a good song is never finished, just abandoned right? Catalina Shortwave proves the statement correct and by heading back to the drawing board to re-map out “Anne Boleyn,” its tempo and flow…they’ve made a great move by revisiting one of the best & brightest in their catalogue, breaking new ground with it and bringing out the best in their writing through the new version.

“Black & Blue” was a bit of a toss-up for me. Something about the vocal-flow felt like…I dunno…I guess more obvious to the melody-line put forth in the music than any of the other songs. So far to this point, I think Catalina has been at their best in finding real-innovation through unexplored parts of melodies that they’ve mined for gold and made their own…”Black & Blue,” partly due to its tempo I’m sure, just felt a little more rushed than the rest. Save for maybe that smooth-as-silk guitar solo heading to and from the two-minute mark…I mean…that’s just perfection – I’d never argue that. Kind of similar to the Red Hot Chili Peppers and Living Color back in their early days – there’s a punk, funk, party-atmosphere that runs rampant throughout “Black & Blue.” It’s the kind of song that makes you realize that, even if it’s not your favourite on the record…Catalina Shortwave really hasn’t missed at all on Radio Voodoo: Songs From The Dark End Of The Dial. The band is definitely moving, writing and performing as one single-entity now…and it’s completely awesome to hear such cohesion between the players in Catalina Shortwave.

The final song, “Blood Orange” is fantastic for many reason beyond it using all the best-chords from “Hotel California” without being The Eagles. As The Dude would say – “I hate the fucking Eagles man” – and I’d agree; they’ve never been my thing – but this…”Blood Orange” – this IS my thing. Not only are the words haunting and perfectly sung over this melancholy-vibe…the lyrics tell a massive story that is extremely captivating to take in. However…as excellent as those lyrics are…however solid those drum-beats and bass-tones may be…I don’t know if anything quite makes this song as stellar as does the backing-female vocals. Absolutely STUNNING performance…she knocks it completely out of the park with strong, confident vocals that soar and swirl into the mix with the lead from Rizzo. “Blood Orange” is no ordinary task – it’s a formidable beast at over ten-minutes in length; but it delivers at every point & turn, every minute & second that rolls-on.

I honestly don’t know what my expectations were surrounding the return of Catalina Shortwave…all I can say is that whatever they might have or would have been…this band would have gone on to exceed them in every way on this album. There’s another one coming in February as well, just around the corner!

MAN is it great to hear them this outstandingly-radiant & this ready to really take hold of their destiny.