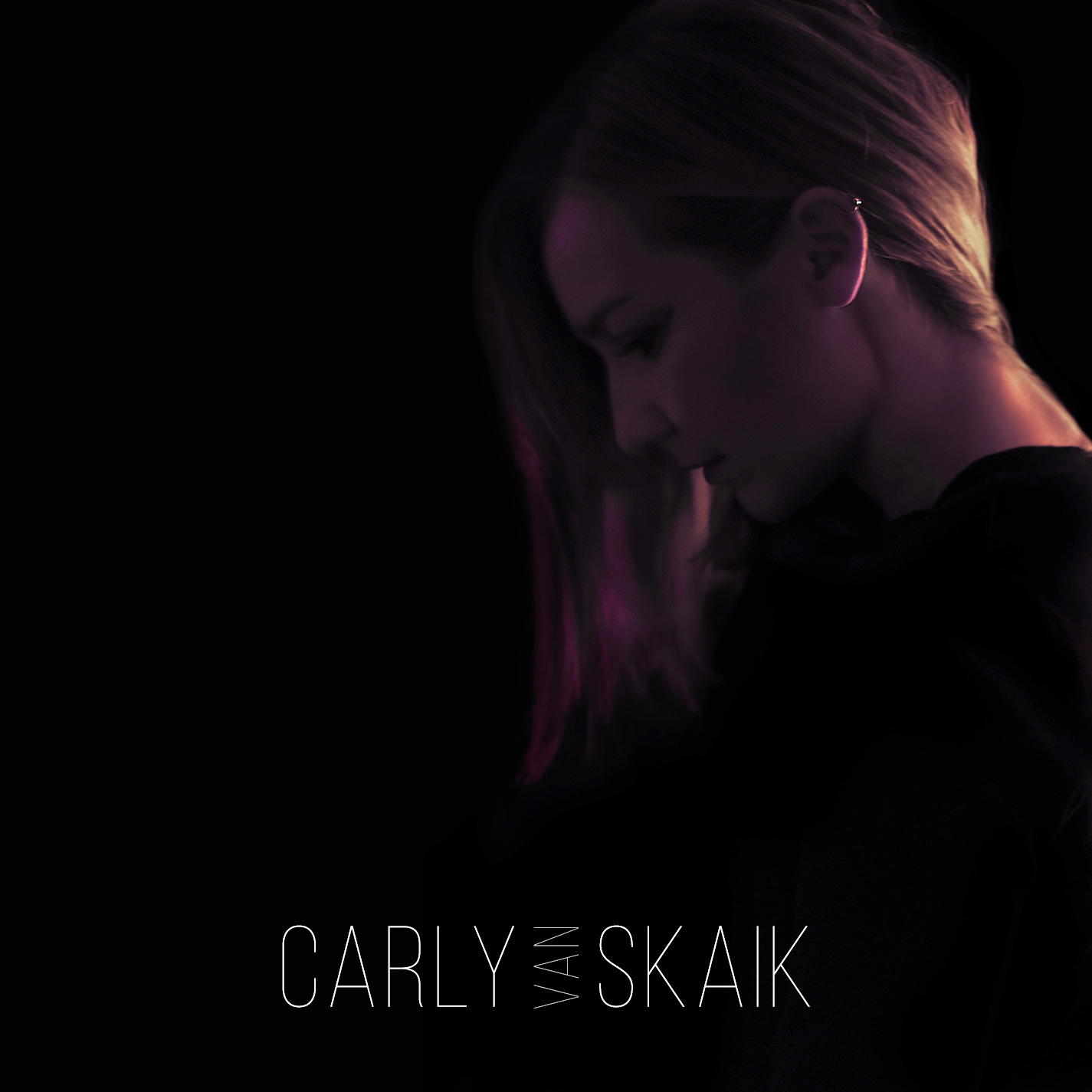 I’ve pretty much always got time of day for a sound like Carly’s. This sounds similar to the atmospheres and music I began to fall in love with over the course of my 20’s…where bands like Massive Attack, Hooverphonic and Zero-7 were sending their transmissions & music into my brain & ears for the very first time. Of course…as time would go on and those acts would eventually take more of a backseat-role in the mainstream as they got older or split-off to other projects…artists like Lana Del Rey would eventually emerge…another goddess-of-song that I find comparable to what I’m hearing in the music of Carly Van Skaik on her new self-titled EP.

I’d even go as far as to toss out a name like Jose Gonzales…there are a ton similarities to his vocal-tones and inviting atmospheres as well…and the stunning quality of performance & recording…just like Carly has here on this record. I absolutely love all four of these songs…I think the EP itself shows a beautiful arc & progression in the writing as it plays and I think it ends on the best of possible notes; plus…she’s really owning a sound/style I’ve loved in the past and putting her own confident-stamp on it here today.

Right from the increasingly-enveloping atmosphere that spawns, develops and evolves throughout the opening song “Behind The Velvet Curtain” – she had me hooked. Truly like a Del-Ray spin on a song like “Teardrop” by Massive Attack…this song has all the right ingredients to equal your total-attention. The guitars are perfection; completely subtle…the singular, simple-notes come out full of rich-tone…all layering and building upon themselves in extraordinary ways. The vocals are intense in both the chorus and verse…she works the magic of the hooks with increased energy in the chorus and really takes the spotlight confidently in the breakdowns where the music fades into the background behind her. From production to performance…I hear every reason to approach this music with the confidence Carly is taking into the studio here…she’s a hell of a song-writer and that is completely apparent within seconds of this EP starting-up.

I think the professional approach and precision taken on “Blue Diamond Eyes” would sell pretty much anyone on my song-writing theories behind Carly. With a sultry/melancholy sound to her voice…the lyrics tell a true-story and the emotion she packs into each line reflects the energy of the words perfectly. Great rhythm and flow to chorus once again…the music is both dramatic & subtle at the same time throughout the first two-thirds of this song. Pulsing with intense drum-beats and electro-vibes circuiting throughout…the ending of “Blue Diamond Eyes” strips the wall-of-sound back perfectly to its smooth rhythm and melody with Carly sounding absolutely spectacular right in the final moments.

I had to re-read this over for a second…I was pretty sure I had mentioned Jose Gonzales earlier…and I did…and the main reason is what I hear on “Damien.” I also mentioned that this EP makes a stunning progression in its sound and writing as it plays…so if this is the third song to play…wanna take a guess as to what my current favourite is? Each of Carly’s songs slightly improves upon the one before; and considering the heights she soared to on “Behind The Velvet Curtain” as the EP began – this is truly an incredible achievement to continually be raising the bar from there…which she will track after track, four-for-four. “Damien” echoes with a sweet, forlorn & longing sound to its melody…Carly has a wonderful way of mixing textures and tones, moods and atmospheres into boldly-impressive adventures and journeys into her alternative/indie mind & sound. “Damien” swells and fills up with sound gorgeously…and just around the minute & a half mark, breaks live a wave past the crest and crashing down onto the beach, spreading out the music wonderfully everywhere you turn. Carly’s vocals beautifully soar throughout the spectacular chorus of “Damien” where the words are effective and not overcomplicated…she lets her natural talent and captivating melody in her voice take the weight. A song like “Damien” might have very well become just another ordinary tune in any other artist’s catalogue…but not when it comes to how Carly has managed to express herself and her angelic vocals on this record. She sounds amazing each and every time, each and every style and twist she takes to her music and lyrics seem to make an incredible amount of sense to your ears…and more importantly…to your heart.

Which brings me to what I’ve been hinting at all throughout this review…the finale. “Dark Ages,” straight-up, for me right now is the front-runner…not just on this record…I’m talking about my 2016! This is a magnificent piece of writing…but once again I feel like the song itself might never have taken on such an incredible life were it not to come from the direct perspective of the unique and exceptional artist that Carly is. Easily my favourite song of the year so far…I know we’re not that far into the year here in January…but I’m telling you the impact of a performance and melody like this will easily be lodged into my memory right to December and beyond.

“Dark Ages” makes a beyond-incredible use of percussion in its overall music-melody…the guitars are sweet in their tone amongst the synth notes that hold the key in place as Carly sings her most magical moment on the entire record. I can only sincerely hope that this young-lady takes a real-step back for a second here to appreciate just what a spectacular moment in time she has managed to find in herself to share and record with us all. “Dark Ages” is the exact kind of song where, when you listen to it, you just know that it would audibly be impossible to make this final track any better than its already come out – Carly has gone from amazingly-great in the opening of this EP to absolutely perfect here by its ending. I love finding true-writers like this that really find the strength inside them to fully commit to their ideas and bring them to life like she has on this record and certainly here at the end in the emotionally-powerful “Dark Ages.” Carly Van Skaik is superbly stunning at every moment on this EP…she should be nothing less than extremely proud of what’s recorded on her self-titled record. I’ve already heard some fantastic music this year in the independent-scene…but if I’m being truthful…I’m pretty sure this is the EP that has made me look forward to another incredible year in the music-scene more than any other I’ve heard so far…her music is 100% completely and utterly fantastic – consider me a big fan!