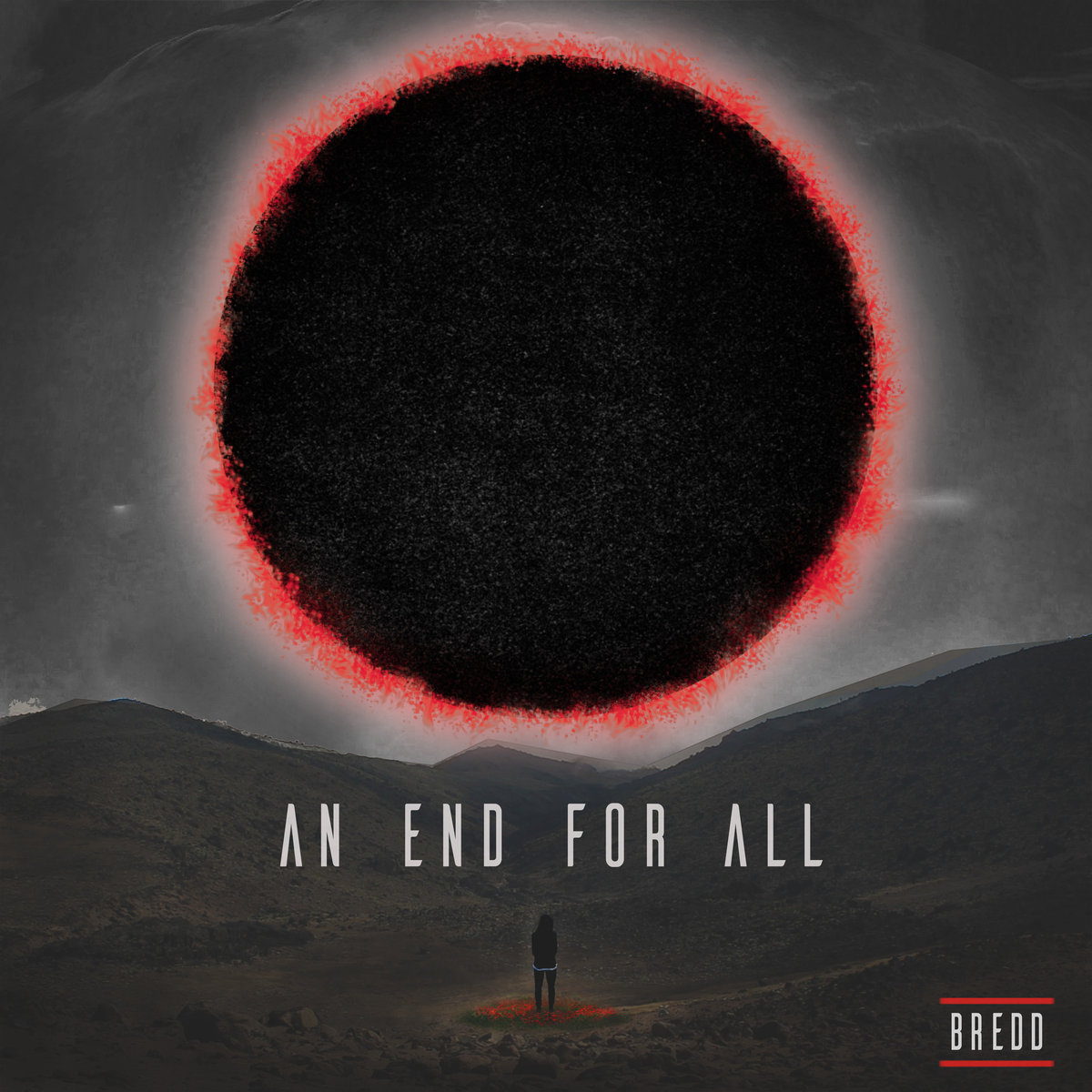 Bredd – An End For All – EP Review

Gotta say…there are some very pleasant surprises here on the new EP from Bredd, based out of Italy.  A lot of those fantastic moments come from the writing & the atmospheres in the music of his An End For All EP – but definitely just as much credit goes to the unexpected twists it has and the performances themselves.  Great players in this line-up of the band led by solo-artist Bredd – aka Raffaele Pane – and four songs that are definitely worth a listen or two for certain – and while you might not see a lot of this one coming, the impact that it makes on you is immediately established and these hooks sink in deep.

Released at the end of May, 2016 – An End For All becomes a solid journey into obsessions with love, hope & fear…and great musicianship.  I was seriously impressed by the way this adventure began; the opening tune on the record is called “Unknown” which is actually led by piano-player, Feliciano Zacchia.  It’s a short, all-instrumental, all-piano tune…but MAN is this a powerful piece of music that displays massive strength in the writing.  Hard to ignore the fact that it reminds me a lot of Mogwai’s first tune on their Mr. Beast album…it has that same incredible emotional-depth to it and a few of the same chord/key progressions that bring the comparison to mind.  Zacchia plays this song beautifully…and it truly sounds like the epic intro to something even more fantastic coming in whatever else might follow this short & sweet first tune…

In fact, it was so beautiful, so entirely gorgeous in its mood & melody…that it became difficult to immediately accept the incredible ROCK sound that follows it on “So Alive” at first.  Not even kidding you – I was NOT expecting this short record to make such a massive twist in the writing and sound – so it was a bit jarring to hear the contrast in these first two songs on those first couple listens through.  Once you expect it coming at you…you really can’t help but LOVE “So Alive” just as much as the radically different sound of the opening tune.  The piano is put away here…and guitars, bass, drums and vocals emerge entirely ready to rock the freakin’ house.  The hooks in the writing of this track are incredibly addictive to listen to…and the whole song absolutely roars from your speakers with a serious confidence to its overall sound.  The guitars have an excellent grinding-distortion & tone to them…the drums are on fire as they beat away into the madness of this melody…and the bass is enormously-punchy in the mix; it all sounds incredible HUGE – and I absolutely loved it.  Again…it’s hard to imagine that the sound of “So Alive” is going to be what comes at you after the subtle-nature you find in the delicate tenderness of “Unknown” – but once you’ve braced yourself and you’re ready for it, this becomes a serious turn into the fantastic arena of rock.  Bredd on the vocals – sounds perfect…and in many ways, as much as I enjoy the music surrounding him – it’s hard to ignore the fact that the vocal-flows and melodies he creates through his vocals are of equally high-caliber and strength.  He detonates as explosively as the music does on “So Alive” in a truly inspired performance – what a tremendous rock-song!  I think the hooks I’m hearing here on “So Alive” are certainly strong as steel – and the confident performances are a complete pleasure to listen to from each of the musicians involved.  This song has all the right ingredients to be an enormous hit on rock-radio stations and would easily be accepted into earholes from around the entire globe; “So Alive” is uplifting and inspiring to listen to…you really DO feel “So Alive” as it plays!

While I didn’t attach quite as strongly to the following song “Frenzy Of Sound” – that’s simply a result of having two stunningly amazing songs upfront.  If “Frenzy Of Sound” was the first track I had heard on the EP…I might have possibly felt different about it…it’s hard to say.  Another song that’s based in blissful hooks and powerful vocal-lines…it’s impossible to deny what a great song this one is, but it’s difficult to compete with the pillar of strength that “So Alive” was just before it.  It’s a bit lighter, a bit brighter in its tone…and still an incredible amount of fun to listen to; “Frenzy Of Sound” holds up its end of the bargain and continues to keep An End For All rock-solid in quality…there’s zero-doubt about that.  You can hear that this song brings a smile to all the players involved as they play through another inspired performance.  Great punch to Pierpaolo Iulianello’s bass-lines once again, solid drums from Mara Graziano…and of course, Bredd is once again just smoking-hot in the vocal-department.

Speaking of that…those amazing vocals end up hitting extraordinary heights on the final tune, “Divided.”  If anything I can say for certain, it’s that our opinions of the strength of Bredd’s performance in the vocals of “Divided” will be anything BUT “Divided” – they are stronger than steel.  Beautiful and powerful emotions absolutely surge through this song; he’s accompanied by the piano and Feliciano once again to end this EP in a sheer, stunning delivery of a truly amazing combination of vocals and melody.  Gotta give this solo-artist and band a lot of credit for consistently switching up the vibe of this short-set of tunes…and completely pulling it off beautifully from any angle you look at or examine it from.  “Divided” ends An End For All with such incredible impact that you are bound to remember Bredd’s music for years and years to come.  This final song is about as memorable as music can ever be and a seriously impressive highlight after the three killer songs that have already come beforehand.  You’d expect almost that the EP even at just four songs would eventually reveal some sort of weakness, but Bredd’s record never does.  It never dips in quality – the writing here is spectacular and I really believe that all of these players deserve incredible recognition for a job better than well-done – An End For All was entirely stunning, all the way through and I’m already looking forward to whatever comes next from Bredd.

Find out more about Bredd at his official Facebook page:  https://www.facebook.com/BreddOfficial/

Tags: An End For All Bredd EP sleepingbagstudios