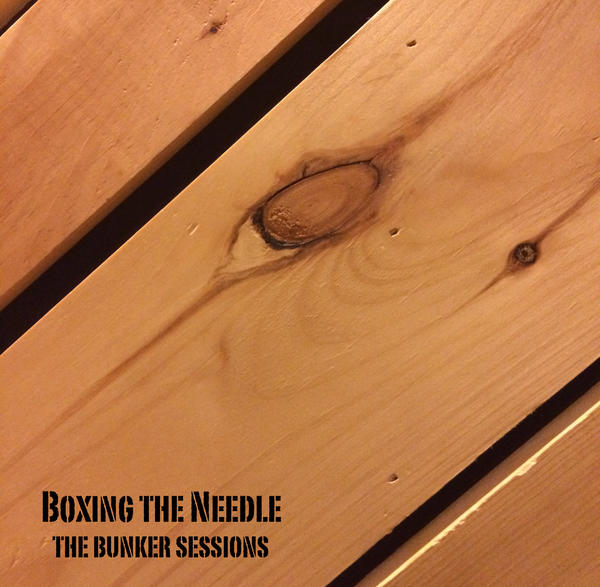 I’m digging on quite a bit about Boxing The Needle…right from the music up to and including the pictures they’ve posted to social-media…these guys genuinely look like FUN. That being said – they also look like they absolutely know what they’re doing as musicians, which you can see in their studio footage online through videos & pictures as well. All of these things…combined with the unity you’ll hear in this band in the subtext of these blues/rock/soul tunes…it all makes sense when you hear The Bunker Sessions…Boxing The Needle do what they do very well…all from a very honest, real & raw approach that sounds smooth with a real classic New York feel to their style & sound.

“All We’ve Known” features some fantastic drums from Scott MacRobbie – and he backs-up this melody with an earnest, crisp & clear beat that sounds thick, reliable and precise. This opening song is a complete builder; it starts gently…sweet harmonies, delicate keys/guitars and a subtle-beat begin “All We’ve Known” as starts to sparkle with a beautiful shine. Guitarist/Vocalist Ryan Townsend takes this one on in-style…and I really dig the relatable way that he sings this song’s lyrics – he really brings you in close to listen with a very charismatic performance and really expressive-emotion in his voice. I dig its strength, I dig the way it rasps & breaks…almost like an equal-mix of Bruce Springsteen, Joe Cocker and Adam Duritz. Everything about “All We’ve Known” progresses perfectly through its rhythm – there’s definitely a song here…and a hook that’s so amazingly powerful by the end I’m honestly shocked to find it relatively unexploited here in this opening tune. The humming…it’s freakin PERFECT in its melody, both from the backing and lead…but it’s really when the lead joins into the backing-melody’s hums that the magic bursts forth undeniably. That’s the kind of sound you can hear echoing through the festival crowd at a late-night performance…the kind of part in songs that create a unified atmosphere between the band, music and audience listening, every time. The sly music-producing/writing side of me tells me that I should recommend Boxing The Needle goes back to this one again and MILK that mother! As it stands…”All We’ve Known” ends even more fantastically than it begins and is a very impressive introduction to the band and their music on The Bunker Sessions…definitely a song to experience and repeat.

Though…”Savage Henry” is pretty-damn savage…that also might make a pretty epic ending to a live-set. I suppose either way it might go down…I guess the point is that I have a strong inclination that this band would be just as entertaining if not even more so from the stage. Songs like “Savage Henry” have that real heavy blues-rock vein pumping the blood to the heart of this tune; solos come flying out…the reliable bass-rumblings from Ryan Marks keep “Savage Henry” with a slightly more menacing-sound. Were it not for the large-presence of the bass and drums…this song might have only been titled “Somewhat Mildly-Aggressive Henry” or perhaps even “Hard To Get Along With, But Really Not Such A Bad Guy – Here’s Hank!”

In all seriousness…that low end being beefed up in this second tune is really what makes it “Savage Henry.” It has a familiar-feel to it…and a real inviting way of pulling you into the rhythm of their rock. Townsend makes a few odd-choices in this one, but never finds himself off in tone…just a few moments that I felt like he pulled-back when he could have put a bit more into it…but I could be dead-wrong about that. Might just be the way I hear it…for the most part, I hear a singer that’s making smart-moves when it comes to Ryan’s personal style on the microphone…and if he’s given us everything he’s got, you’d know I’d apologize for asking for more; it’s just my nature…I’m a greedy, greedy music-man.

But like Snickers…Boxing The Needle aims to satisfy every need you could possibly have in their final track, “Sneedens Landing.” This seven-plus minute-long song winds through some incredible ideas, textures and tones. Excellent drums once again from MacRobbie, almost tribal as they start out…and they set the stage for some really smart keyboards from Yan Falmange who really takes a wild & bright turn in the spotlight of the writing in this song with some tremendous parts. The verse is very much like the atmosphere you’d find surrounding a lot of R.E.M.’s early music like on Reconstruction Of The Fables or Document…haunting in ways, inviting in others. The two-Ryans trade their vocals off in layers between the lead & harmonies in a great combination and the steady-bass-line from Ryan Marks also works complete wonders in the middle of this epic last song. “Sneedens Landing” features a completely innovative and expanded mid-section whereby the players truly get to flex their creativity and musicianship in-full. Yan Falmagne completely owns this middle over-top of the smooth, rolling-bass from Marks; Yan gets all-kindza-crazy with experimental sounds & synth parts wildly flailing through the song as it drifts closer and closer to a more progressive-rock territory. Although the chorus wasn’t my favourite part of the song, it doesn’t hurt it at all…it’s just a bit brighter than the rest of the music in “Sneedens Landing” but definitely shows their ability to combine different rhythms, sounds and structures into one massively enjoyable experience overall. This final-tune takes you places…it moves you like music really should.

Incidentally…and I know I’m only here to talk about The Bunker Sessions today…but you know I often poke & peek into what else I can find when time allows…and if we’re talking about music that really moves a person…I’d be completely remiss to not mention the Soundcloud-player drifting into their latest song, “Borderline.” Although this song isn’t featured on The Bunker Sessions EP – the passionate performance and brilliant-writing of this song is not something I can let go unmentioned. If it’s any indication of the next-step for Boxing The Needle post-EP…I think we’d all agree they are heading into some purely authentic and stunning territory. Great melody to this song…great writing and superbly committed performance from Marks and Townsend…who I believe are on their own for this LIVE-tune…

Not my fault! Soundcloud did it! Hopefully this becomes a recorded-tune as well on the next Boxing The Needle record…which is already something I’m definitely looking forward to.