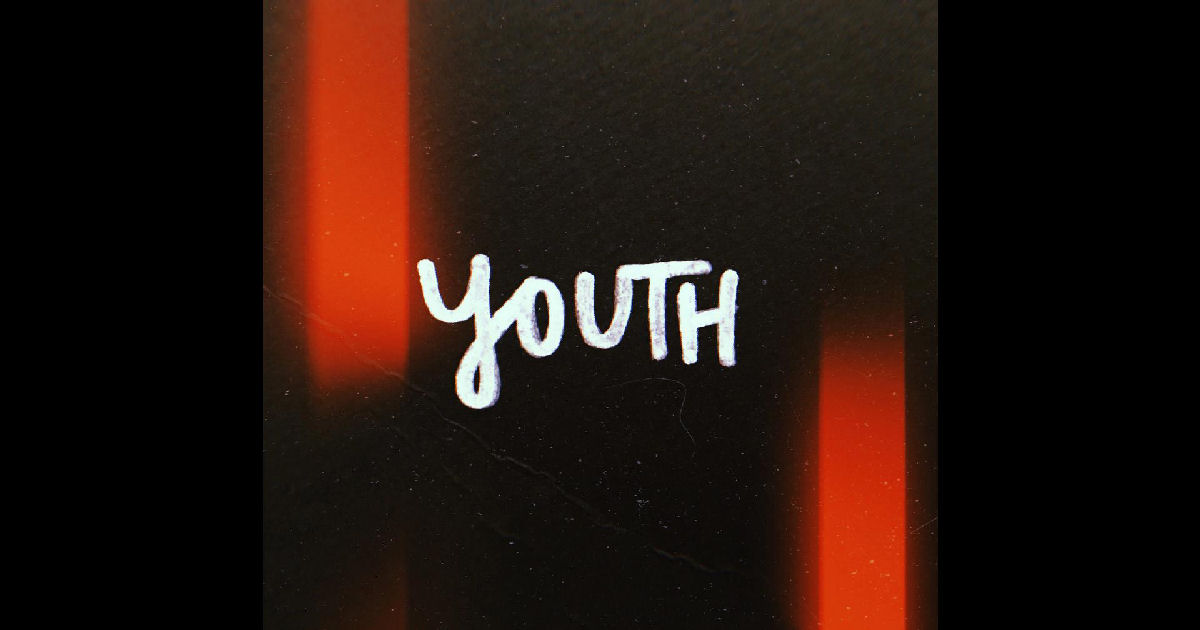 Well here ya go…all you people out there looking for some uplifting energy & positive messages in the music you listen to – “Youth” should pack in plenty of both for ya.  A song that ultimately celebrates the freedom of being young and living for today…all that good stuff…all told through tales of the struggle of life & love.  Blue Apollo’s not running short of inspired sound, let’s put it that way; whether the story in this single is based on real experience or not, the conclusion in the chorus & sentiment remains the same – it’s all about the moment and embracing it for all it’s worth – and that’s exactly what this band from Dallas is clearly doing now.

I’ll admit…my gut tells me this is a little bit on the glossy side…sometimes that can be difficult for people to connect to – because face facts, Blue Apollo SOUNDS like they’ve been veterans of the scene for years – “Youth” is undoubtedly a really tightly written song and undeniably performed with passion.  So they’ve got that working for them for sure…the skill & talent is there, the players are right on-point and the balance in the band seems to be really evenly spread to create a solid core.  At the end of the day, “Youth” is written with flashy hooks that run rampant through the melody, heightened in the chorus as you’d expect to find – what makes this particular song almost an oddity is how well rounded every corner really seems to be, you feel me?  It becomes one of those six or one-half dozen of the other type-things…you get a really great song all-around, but you kind of ending up wanting a bit more personality in here somehow too.  Best way I can think to put it is that this SOUNDS like a single.  You can’t really fault a band for putting in what’s essentially a perfect performance – but the end result can quite often be (and I think kind of is here) a questioning of how organic a song like this truly is, know what I mean?  You could flip all this right around on me and argue that EVERY song is organic because it comes from somewhere and there’s not really much I could say to that, you’d be correct…but I think you get what I mean.  It’s tough to tell here…because “Youth” is so stylistically flashy…it sounds stylistically designed.  In my mind, I wonder whether or not the song came first, or the main hook driving the concept in the chorus, ‘let’s drink our youth straight from the bottle’ – I have to admit, it’s the kind of imagery & word combo that’s strong enough to write an entire song around later…that’s what this sounds like to me.

Credit where credit is due though – I’m not here to take any points away from these guys, they’ve all put in a killer performance on “Youth.”  The guitars really stood out to me…not sure if that’s from Luke Nassar or JP Labastida or both, but I really like the tone they’ve got and the precision they play with.  As far as Luke’s vocals go – I think this guy is already a powerhouse just waiting to happen; you can hear it in the biggest moments of “Youth” and the bold tones he can sustain for lengths at a time without wavering in the slightest.  You can really hear the melody in this guy’s every word…above all things, I felt like I appreciated this the most about the new Blue Apollo single…they’ve really made sure that the vocals complement & assist the music.  Drums from Jeremiah Jensen are solid as a rock in holding down the rhythm section with the low-end rumble & bounce of the bass-lines from Rodman Steele, no complaints there.  Ultimately, I think they’ve really worked together on this song as a true unit and I think you can hear that in the writing, which I do like.  While a song like “Youth” might feel more ‘written’ than just coming out from the fluke of a good jam session & then turned into a song like so many other bands out there – they’ve also given each other their own moment in the spotlight to put their skills out there both individually and how they interact with the rest of the players in Blue Apollo.  There’s unity in this band that I completely believe you can hear and they’re certainly gifted with a full lineup of talent; I think they’ve got an inarguably single-worthy tune with “Youth” – but I also think they’ve still got a whole lot more to offer.  I’ll be interested to see where Blue Apollo goes from here – they’ve definitely got all the right pieces to make it work…time will tell on how they want to use’em!

“Youth” is the lead single from their upcoming EP When You Ask For Rain – stay tuned on the details and find out more about Blue Apollo from their official website at:  http://blueapollomusic.com/