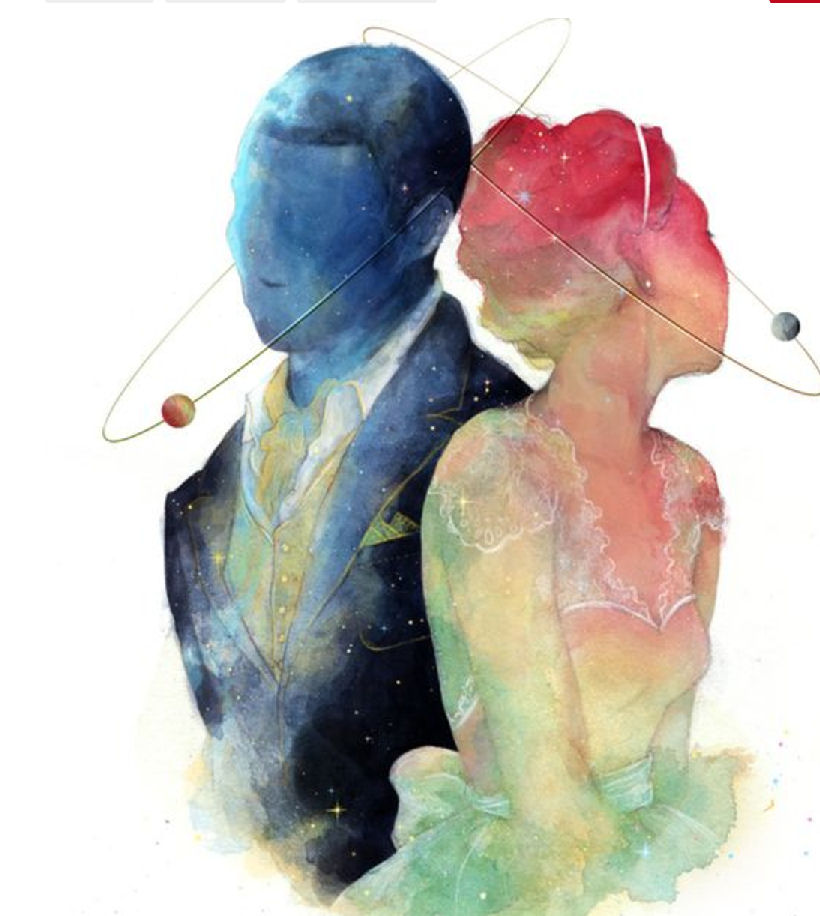 Man!  Sometimes I have to push back from the keyboard, give my head a bit of a shake and take a moment to be grateful for the privilege it can truly be to hear some of the music made out there in the independent scene.  Occasionally you get really lucky as a listener…you can discover a project like Black Astronaut that is so in-tune with their sound, ideas, creativity and melodies that they simply can’t miss.  Charles Luck, the mastermind behind the music of Black Astronaut is clearly right in the grip of his own abilities and confidently nestled in the zone of his own innovative approach to songwriting – “One Love” is another highlight example of why this project continues to shine brightly as a beacon for what music can be when real heart & imagination combine in the pursuit of passion.

Of course…as it’s been noted in the past reviews we’ve done on Black Astronaut’s music, having Tino Red show up to take on the microphone duties surely doesn’t hurt, like, you know…ever!  Over their time spent creating many of the melodies, rhythms and smooth-grooves you hear in this project, their collaborative efforts have continued to refine & define themselves – and “One Love” might just be their most widely-accessible track to-date.  Charles always keeps the music in-check & entertaining, Tino keeps the words on-point and right on the money through his tone & delivery – I’ve already known them to be the ingredients in a bold recipe for success from what I’ve heard in the past, but there’s an undeniably appealing added sweetness in the gentle rhythm & sway of “One Love” that I couldn’t get enough of.

The guitar/piano/bass combination works beautifully with the crisp snap of the drum sounds; “One Love” is like the audible-equivalent of a magic carpet ride in how smoothly it flows and glides dreamily along like it’s on a cushion of air.  It’s a tender tune that immediately makes its case and appeal to your emotions through the gorgeous sound of the chorus that begins the song…and as if things couldn’t possibly get any smoother – Tino Red finds a way without issue with his professional approach to the microphone in the verse!  Spot-on for sincerity and tone…it’s a seriously captivating performance that you’ll listen to closely…Tino Red really brings out the magic in the writing & melody for all to hear.

Music, vocals, performance, production, writing…you name it and once again, Black Astronaut has shown the ever-present realization of the potential that exists in this project.  Everything about “One Love” sounds like it’s truly meant to be there…it all belongs…it all fits and it’s all performed with brilliantly matching energy that really helps the music get the most from the words as well.  For those of you out there that still have a little love in your hearts – you’ll love the sentiment, emotion and mood that drive this mellow-stunner.  Lyrically sound in all-ways that it could possibly be; not only is it a focused song that delivers on sweetness, positivity and the most beautiful expressions of love – but if you’re paying close attention, you’ll also hear familiar references and tie-ins to many of the cohesive themes & ideas that run through the threads of Black Astronaut’s growing catalog of songs.

Truly impressed once again by the writing of Charles Luck and the overall execution, approach and sound of Black Astronaut – I really think they’ve nailed a sweet melody on “One Love” that people will absolutely love to listen to just as much as I have.  It’s so smooth that I swear…if you put it on repeat, you’ll pass through an hour or two with just the one song and hardly even notice how much time has flown by because it seems to find a way to instantly sound like it belongs as the soundtrack of your entire day!  Not a bad thing for any song to have that kind of charm and repeat-worthy attributes; Black Astronaut has certainly shown them once again on “One Love” featuring Tino Red…but if you’re really following along with their music you already know it’s not just another good song – this is another GREAT project – and it sincerely deserves recognition for its focus & consistently stunning melodic-excellence.