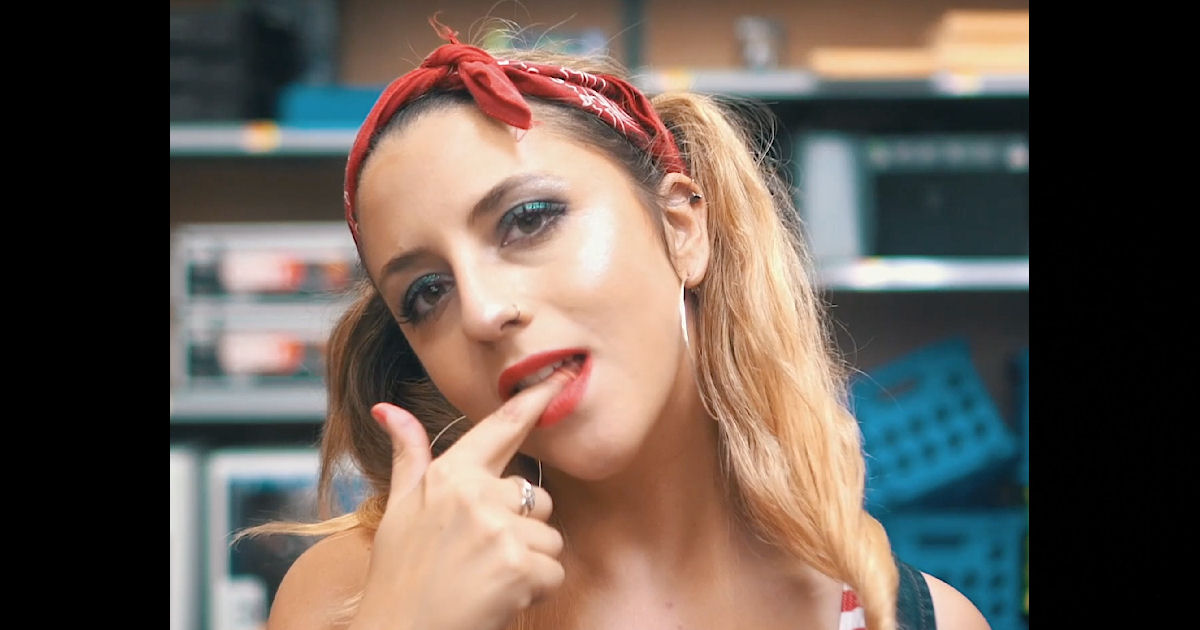 Alright…it’s time to crank up the fun here at the page tonight, courtesy of BIGG SEXXY and Llexa achieving the impossible – they’ve somehow managed to make Walmart awesome.

As far as first impressions goes, you can’t ask for much more than you’ll find right here in this new single.  While its roots are definitely comedic from what you hear to what you’ll see – you can’t quite help but notice that Llexa can really sing too as the song begins.  There’s an indescribable magic there that works brilliantly…comedy is always about commitment at the end of the day, that’s what makes it work…for me, the dryer it is, generally the better for sure…and honestly, I kind of love how Llexa sings this tune like she’s not even in on the joke.  You’ll see from the video that she certainly IS – but I mean, it’s the sheer fact that she was singing these words so sweetly, skillfully, and sincerely that had me cracking up right from the moment she started listing all the beautiful benefits of Walmart from the opening verse.  So you get her incredible voice, her insightful match on how to play her role in this tune, the music sounds like it’s gonna be great from its subtle acoustic opening & beat rising up in the background – and you get all this good stuff even before we’ve heard BIGG SEXXY do his own thang!

You can call me crazy if you like, but there is truly something about “Walmart Gurr” that brought an endless smile to my face.  BIGG SEXXY committed to every second of this onscreen in the video – and I mean, to begin with – who even DOES THIS?  Who writes a song that’s dedicated to the amazing deals and things you’ll find at a Walmart, up to & including a “Walmart Gurr” – for real, who DOES THIS?  BIGG SEXXY, that’s who y’all…and unbelievably, he’s completely made this work.  If you were to write this idea down on paper, I’d have to guess that the entire model from the song to the video would look just about as insane as an idea could potentially be…to see how well it’s turned out is just as inspiring as it is funny.  Right from the get-go, they treat Walmart like this mythical and magical land that can only be described in fairytales…the ultimate place where only the best things happen & the best deals can be found – and continually, this concept cracks you up as this song plays on.  BIGG SEXXY has written multiple hilarious lines into the song, which in itself is quite the jam of uplifting sound & energy – and all this effort & potential is maximized & enhanced onscreen through the incredible video this single has supporting it.

I hear ya brother.  For what it’s worth, I think he made the right call!  Llexa offers him up a potion, and he goes for it – I would have too sir, good call, good call.  Upon consumption, somehow the magnificence of the Almighty Walmart gets even MORE fun?  How?  How does this happen?

“Walmart Gurr” is so much smarter than you’d ever believe if I told ya, so I hope you’ve clicked on that video up there – cause this is straight-up fun.  If you need some sort of comparison, we’re probably talking close to the Bloodhound Gang kind of bizarreness – but again, also that dedicated level of commitment that comes with doing comedy & music together in the right way that connects.  I think all the ingredients really stack up here, using timing – that other crucial element of comedy – completely to their advantage throughout.  The way that Llexa’s lines sneak up on you, the way that BIGG SEXXY’s words continually make you laugh – and the combination of how it all comes together so perfectly onscreen with the video’s wildness, mayhem, & all-out FUN being had in a Walmart makes this a winner for sure.  Obviously some extremely cool stuff happening over there at TevoTV – if this collaborative crew is any indication of what’s going on over there…they’ve shown that they can take an everyday annoyance like the giant corporation of Walmart and even make THAT something we all want to get down with.  Still shocked that it’s even possible!  Excellent job on “Walmart Gurr” all-around that’s bound to entertain ya on multiple-levels; it’s smart & wacky comedy with great balance from audio to video that’ll definitely bring a grin to your mug…and surprisingly, will quite likely have you reaching for the volume to turn this way up as well.

Make sure to check out the TevoTV at the official links below!