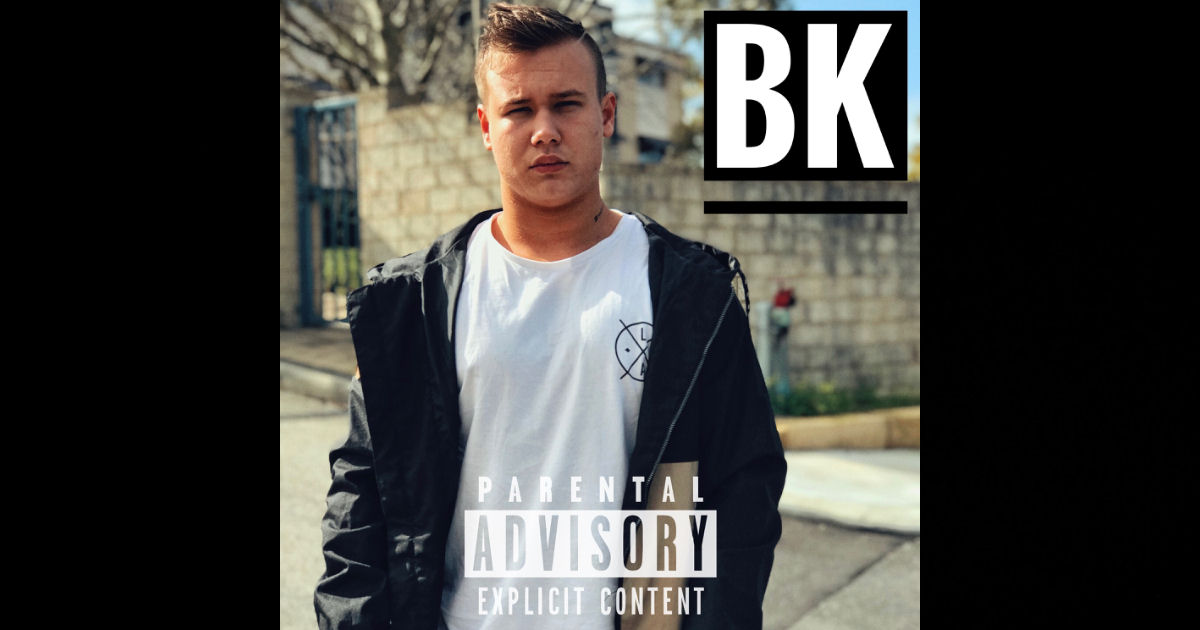 Whoa!  Dude’s got his name in all capitals for a reason…rapper BIG KIDD is ready to yell at the world and get a few thangs off his chest.  With intense rhymes that can go just as emotionally deep as they can twist & turn quickly into your worst back-alley beatdown nightmare – BIG KIDD stands tall enough at the mic to cast a shadow over the entire crowd at the front of the stage…BK sounds gigantic on these cuts.

Though I’ll admit…the most intense beats/sound-wise came after I was introduced to his music through mellower means, on the self-reflective single “T.W.N.M.H” – which was both a powerful first impression and also provoked my curiosity further to find out if this was representative of BIG KIDD’s style overall.  Cause you know me…I’m all for the auto-tuner – I’m not one of those insta-haters when it comes to that; but that being said, I ended up checking out the other cuts I’ve got here in review right after listening to “T.W.N.M.H” just to see if this was the kind of sound we could expect from this emcee.  And then of course, that’s where my real schooling on the music of BIG KIDD began.  The music got more & more intense from there with each single I seemed to play – and the auto-tuned performance you get from BIG KIDD on the mic on “T.W.N.M.H” is actually the exception, not the rule – so this first cut out of the four ends up kind of being one of the more unique tracks of this set due to that main change-up.  With a piano-led melody that’s gentle & delicate opening the door for the subtle beat to attach to, BIG KIDD puts the personal on display throughout the lyrics on “T.W.N.M.H” – and that’s cool yes…but there’s something that this emcee has that others don’t that makes this all even cooler…follow me…  It’s about expression here; every rapper out there wants to write a solid rhyme, but it’s emcees that really attach themselves to the meanings of the words they write and put the REAL onto the page & on the mic like BIG KIDD is what really connects.  Because let’s be clear…he ain’t exactly leavin’ himself a ton of time on this first track to make a first impression…it’s two-minutes long on the dot and it’s nearly 25 seconds in before we get to hear him on the mic – every move he makes from there is critical in the 95 seconds left…especially if you’re in the same boat as me and this is the first experience you have with BIG KIDD.  For me, the auto-tuned hooks weren’t anything I’d complain about…I like the flow of what he’s got goin’ on, but my main concern on that first listen would be the same for anyone else using it, which is to simply be careful that you don’t lose your identity in that stylistic sound.  You either own it for a moment like BIG KIDD eventually reveals himself to be doing here on “T.W.N.M.H” and you move on – or it eventually owns you and you become T-Pain or Lil Wayne.  Don’t get me wrong – there’s obviously perks that come along with being either of those cats but by that same token, they’ve become defined by voice modulation and it’s much harder to get to the genuine authenticity & sincerity they put into their material behind the glossy mask.  In the case of BIG KIDD here, again, he’s using this effect smartly…he dives in, creates a confident hook, and comes right out into the verse, spittin’ hot bars with his own natural sound and character ripping through the mic.  And to me – that’s where things really started to get interesting.  Other emcees can use an auto-tuners…but other emcees can’t BE who BIG KIDD actually IS – you feel me?  Hearing the man spit his truth straight-up was where “T.W.N.M.H” hit home the most for me…you really get an insightful glimpse of who BIG KIDD is & what he’s all about.  He’s clearly unafraid to be raw, real & unfiltered…listeners out there are gonna appreciate that honesty.

Whether or not he’s lived every experience he raps about is almost irrelevant – what’s important is that we believe it when we’re listening…that’s where BIG KIDD is stomping this rap game with BIG BOOTS on – because it’s that gripping tone and no-holds-barred approach that he takes to the mic that makes these tracks become so damn real to experience.  Take the second track for example – it’s called “Smash N Dash” – has BIG KIDD lived every scene he’s rappin’ about on this cut?  I mean…I can’t actually say one way or the other, I don’t know the dude and he lives way over in Australia, a long way from where I am here in peaceful ol’ Canada…and like…I’d HOPE he hasn’t had to go through everything he’s describing – but again, what matters in the listening experience is that it SOUNDS like he’s been through every moment, emotion, thought, and scenario he raps about.  And then like…all I’m sayin’ is that I’d probably safely cross to the other side of the street if I were to see BIG KIDD coming my way…and I’d recommend you might do the same.  Dude EXPLODES on the mic on “Smash N Dash,” sounding straight-up menacing, mean, full of mayhem and like he’s the human form of the entire series of The Purge movies.  Call me crazy if you like…it’s commitment and conviction on the mic that counts to me when it comes to listening to rap – I don’t expect that everyone has always lived every moment of every scene & scenario they rhyme about…but I want to believe that it IS possible.  Tracks like “Smash N Dash” blur that line perfectly to the point where BIG KIDD sounds SO REAL that you’ll absolutely wonder about just how much of this single actually IS based on real life experience…because the way he spits it, it could be.  Clever lyricism, precision pace on the mic, gritty tone in his voice that’s KILLER to listen to – BIG KIDD don’t hold nothin’ back on his performance on “Smash N Dash” – a track so mean it’s practically strapped, loaded & ready to fire-off like it’s got its own unstoppable plans & monstrous ambitions.  It’ll snatch the Jordans right off your feet and send you home hungry without your lunch money homies. 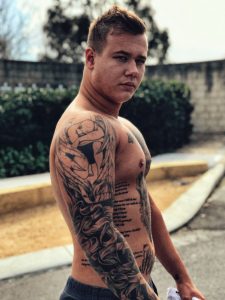 “How I get this money – that’s none of your FUCKIN’ BUSINESS” – LISTEN to the venom in this guy’s voice will ya?  Like I’ve been saying – it makes the entire difference and sets BIG KIDD apart from the rest – his ability to put the power into his words like he does on the self-anthem “Bk” is like harnessing the atom.  Dude just continually detonates and sends shockwaves through the m-i-c through the rage & intensity of the words, emotion, and attitude on display.  Ultimately, this is what I’m sayin’ here…whether you do/don’t agree with what he’s saying…whether you can get behind this ultra-violent & intense idea or not – you HAVE to appreciate the way he’s thrown himself into every single second of this cut.  Y’all know me…I’m all of 5’8.5” where the .5 has ALWAYS been mentioned cause I’m a tiny troll wishing he was a gentle giant…I ain’t sayin’ that I can identify or agree with EVERYTHING that BIG KIDD spits into the mic – but I CAN tell you with absolute certainty, what you’ll hear from him on “Bk” is one of the best performances you’ll hear on ANY song this year.  Because homies…THAT is what commitment, determination, hunger for the mic and true grit really sound like when combined with ZERO FEAR.  BIG KIDD even tells you directly he ain’t strappin’ from the beginning of the first verse…and believe me, he doesn’t need bullets – he fires shots verbally with deadly accuracy and hits his mark every time.  “Bk” makes zero apologies, gives zero fucks, and is all-out WAR on the mic – BIG KIDD attacks every second of this single and lays down a flawless performance that pulls no punches.  Parental advisory much?  Oh yes sir…we got a full vocabulary that’ll make your moms blush a new shade of red; believe me, it ain’t the kids out there I’m worried about, they can handle this & they’ll love it – it’s the parents that truly need the advisory and caution here…cause a track as intense as “Bk” will turn the rest of their hairs grey & having them reaching for the Depends a couple years earlier than expected, just to be safe.  “Bk” is as BIG as a song can get – BIG KIDD sounds MASSIVE, like he’s ready to stomp out your whole village.

Even I needed to catch my breath a bit after the furious intensity of “Bk” – so the more delicate sound of the final cut “Time Has Been So Cruel” was actually quite welcome.  Lyrically, you could argue that it’s every bit as intense as “Bk” – just in a totally different style; a track like “Bk” is all about the offense whereas a cut like “Time Has Been So Cruel” has BIG KIDD reaching deep down internally once again.  Piano-led melody, beautiful & melancholy vocal-sample for the hook, and a downtrodden vibe overall that allows BIG KIDD to connect to a more reflective vibe that has him roaming through his thoughts, thinking about what’s been, what is, and what could be…what can be changed, what’s beyond his control.  Again, it’s all extremely real…”Time Has Been So Cruel” goes that extra mile by including personal details that you’ve gotta assume are all based on real experience…and once more, that’s an assumption based not just on the details in the lyrics he writes, but the way he spits his material so convincingly.  BIG KIDD is clearly well on his way and deserves his shot at the BIG TIME…because the dude really understands what it takes to make a performance stand-out.  He’s got the advantage of using the essential elements of the vibe that made “Time Was So Cruel” by 2Pac & Eminem incredible to begin with – but there’s no doubt about the amount of work & effort that’s been put in by BIG KIDD to adapt this into his own story.  I’m already looking forward to the next chapter – this emcee BRINGS it hard to the mic at every opportunity…highly impressed by what he’s come up with on these singles. 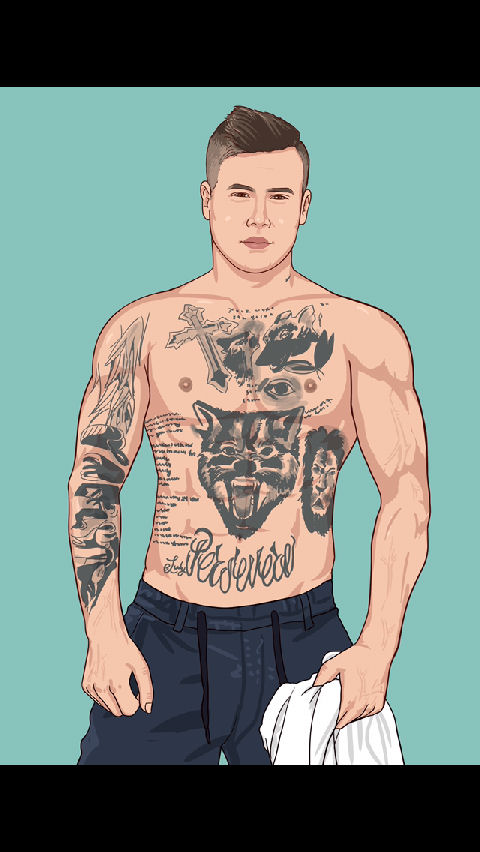