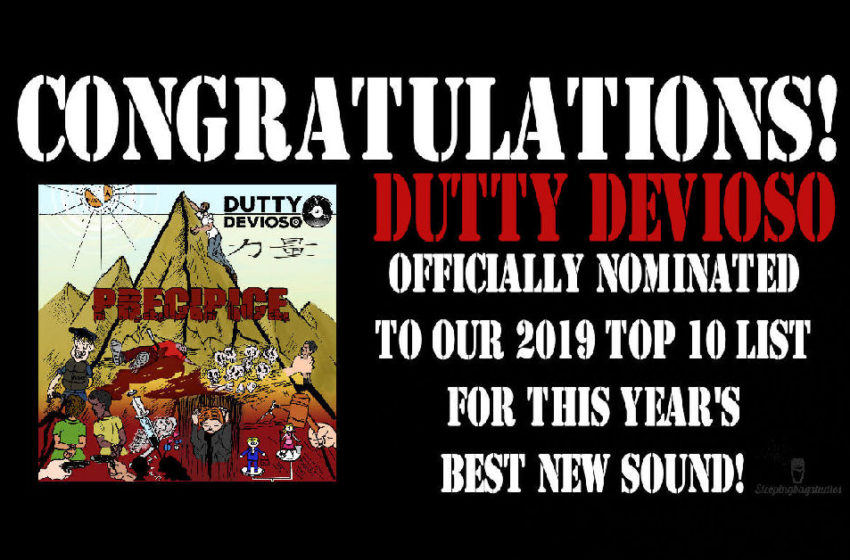 Until then, join us in congratulating our Day 4 nominee – none other than Rap/Hip-Hop mogul Dutty Devioso, an artist with the gift of being able to say exactly what he wants to say, exactly how he wants to say it, and armed with the courage to say it real clear & speak his truth.  With his new record called Precipice, Dutty scorched through his set-list with hot beats and straight fire on the microphone, dropping a full set of tracks that revealed the genius of the rhythm in his bars, his thought-provoking lyricism, and the all-around incredible verbal skills he spits with.  Precipice proved that this emcee is at the top of his game right now, and fully revealed a rapper that authentically puts in the work, puts in the effort, puts in the quality – and pumps out results that ears cant’t get enough of – he deserves the recognition of being on our top 10 list this year with a record that set the standard for the rest to follow, combining craft, courage, quality, and mad skills into one seriously exceptional album.