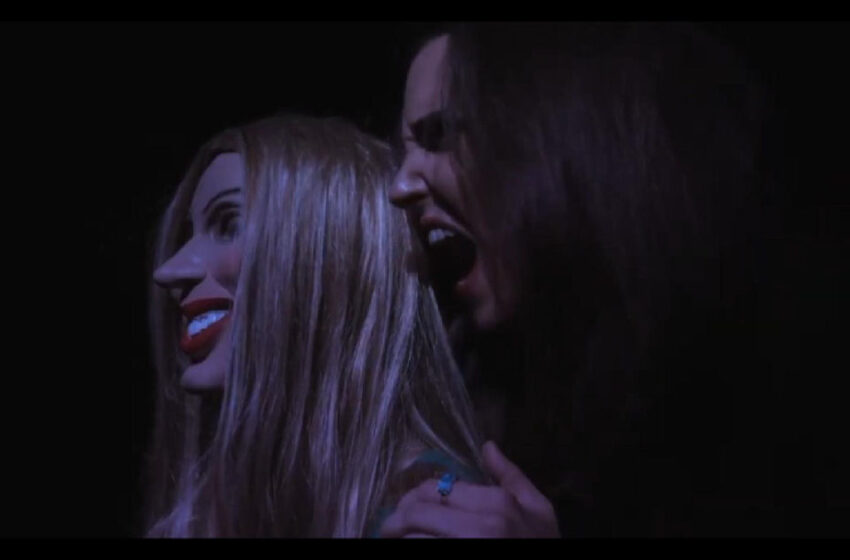 Anyone that would have read my review on Batfarm’s debut from last year would know that ANY song on that record could have qualified as a potential single to be put out there – and I’m stoked to find they’re still hard at work promoting that excellent lineup of tunes loud & proud nearly a year or so later with the official release of the video for “Snake,” which they shot & edited & all that good-stuff on their own.  I wouldn’t have disputed any choice they wanted to make in terms of which songs to promote from the In The Belfry EP – they nailed that record in a way that allows them to stand behind these songs with conviction to this very day, and likely long, long afterwards.  For a duo, the illustrious & luscious vibes came out thick & strong enough to rival any band of four or more out there, and they delivered an entire set’s worth of material that was memorable, repeatable, and quite the debut EP.

I’ll presume y’all know how I feel about Batfarm’s record already…but if ya don’t, by all means click here.

This time around, with the release of their video being so fresh & all…let’s dive into that shall we?  Lemme just click play here and tell ya all about…the…ummm…well about…uhhh…

…what exactly have we got here Batfarm?

Alright – I’ll admit, that was all for dramatic effect – I know exactly what they’ve got here, and that’s a video to be proud of & another solid representation of the band onscreen.  That’s the ever-stunning Alexx Calise in the spotlight there with & without here guitar, and you’ve got Dennis Morehouse holdin’ it down on the throne, confidently in the background kickin’ out the beat to “Snake.”  And then there’s…

…ya you know, I have no clue who the masked mystery-woman is, but I can vouch for the intensely exaggerated features of her face having the completely creepy impact that I’m 100% certain is intended.  “Snake” was a deadly song to begin with – it needed something off the wall to give it a good match, and between the oddness you’ll find onscreen, along with the stellar shots of the band together & Alexx singin’ it on her own…I think they’ve done an exceptional job of finding a visual pairing that works really well to match the curious vibes of this single sliced from the In The Belfry EP.  Considering this is fully shot, edited, and assembled by the band directly, give’em the credit they deserve – the timing is impeccable with the way the scenes are cut to flow throughout “Snake” and what you’re looking at has a genuine slickness that gives this video a remarkable consistency as it morphs between its visuals.

Where Batfarm really deserves a freakin’ award in my opinion, is for their patience & not half-assin’ anything they’ve ever done.  Think of it this way…this record’s been out for a while, and by today’s standards, it’s likely heading into its final push of promotion before they start moving onto the next whatever-amazing thing they wanna do will be – so if they’re putting out a video for “Snake” now, you’ve got every reason to expect that they’ve taken their time to get it as right as right can be, which from the looks of things, they certainly have.  I think the band shots are absolutely spectacular; don’t get me wrong, Dennis is doin’ his thang & he does it well & all, but he’s also clearly chosen to play more of a supporting role onscreen when it comes to the video & let Alexx Calise take the spotlight to show ya exactly why she was born to be upfront on the mic & make music.  Between her personality, talent, and guitar capabilities…her overall range of style/sound that I’ve heard from her so far to-date puts her right up there with the potential of a future St. Vincent in the making…perhaps even with a bit more edge.

But you get the point…there’s innovation & creativity & skill running rampant between these two, and once again it’s got the opportunity to show itself onscreen in this new video, with Dennis & Alexx in full control of the outcome & results.  When I look at what they’ve got here, again, I really think they’ve gotta take a step back and marvel like we would as listeners/watchers at how well planned out it is & how exceptionally well it moves…they’ve nailed the pacing, and it makes a huge difference when it comes to visual entertainment via music-video.  What I love even more-so, is the use of light/dark and how much each element of what’s onscreen pops right out as a result – that to me is where you can tell the careful planning & attention to detail was a complete priority along the way.  Like, of all scenes in this entire video, as rad as it all looks, seeing the way they shot the guitar on its own in a few of these cuts was still a major highlight for just how bold it stood out – but time & time again as “Snake” twists its way around for ya onscreen, you’ll find that it’s the movement & chops that give the whole video that added intensity, surprise, & potential impact with each & every switch they make in transition onscreen.

The bottom line is that it looks stellarLike I’ve said about many great videos – it’s not always about having the most flashy effects & whatnot, it’s so much more similar to a great meal where you want the simplest ingredients to be elevated as much as possible to enhance the natural flavor.  Batfarm serves up a tasty ocular treat to go along with a deadly song that’s well-deserving of its additional screentime – they look great, they sound great, they ARE great, full-stop.  They’ve got excellent ideas, but even more importantly, they know how to execute’em…sonically, visually…Batfarm understands what stands out, why it would make an impact, and how to get the most out of their band when it’s time to push record.  No reason to complain here & every reason to repeat the experience – it’s a rock solid single/vid combo.

BUT!  I’m not gonna lie…the auto-play function of YouTube came through like a hero for me on this particular experience…it led me right to the animated lyric-vid for the Batfarm cover of The Cure’s “Lullaby.”  I know I’m not here to talk about that tune today…so I’ll keep it brief…but lemme just say, I’m long documented as one of the world’s biggest fans of The Cure ever – they’ve been one of my top two favorite bands of all-time for as long as I can remember…and this is hands down the best version I’ve heard of that cut outside of the original by miles & miles – and I’ve heard plenty.  Anyhow.  I just wanted to mention that, THANK THEM for this gem as well, and point out the fact that Batfarm’s out there crushin’ it in several ways.  I’d expect they’ll continue the hot-streak of high-quality in their Darkedelic audio & video over the years to follow…feel free to quote me on that.

Find out more about Batfarm from their official homepage at:  https://batfarmband.com