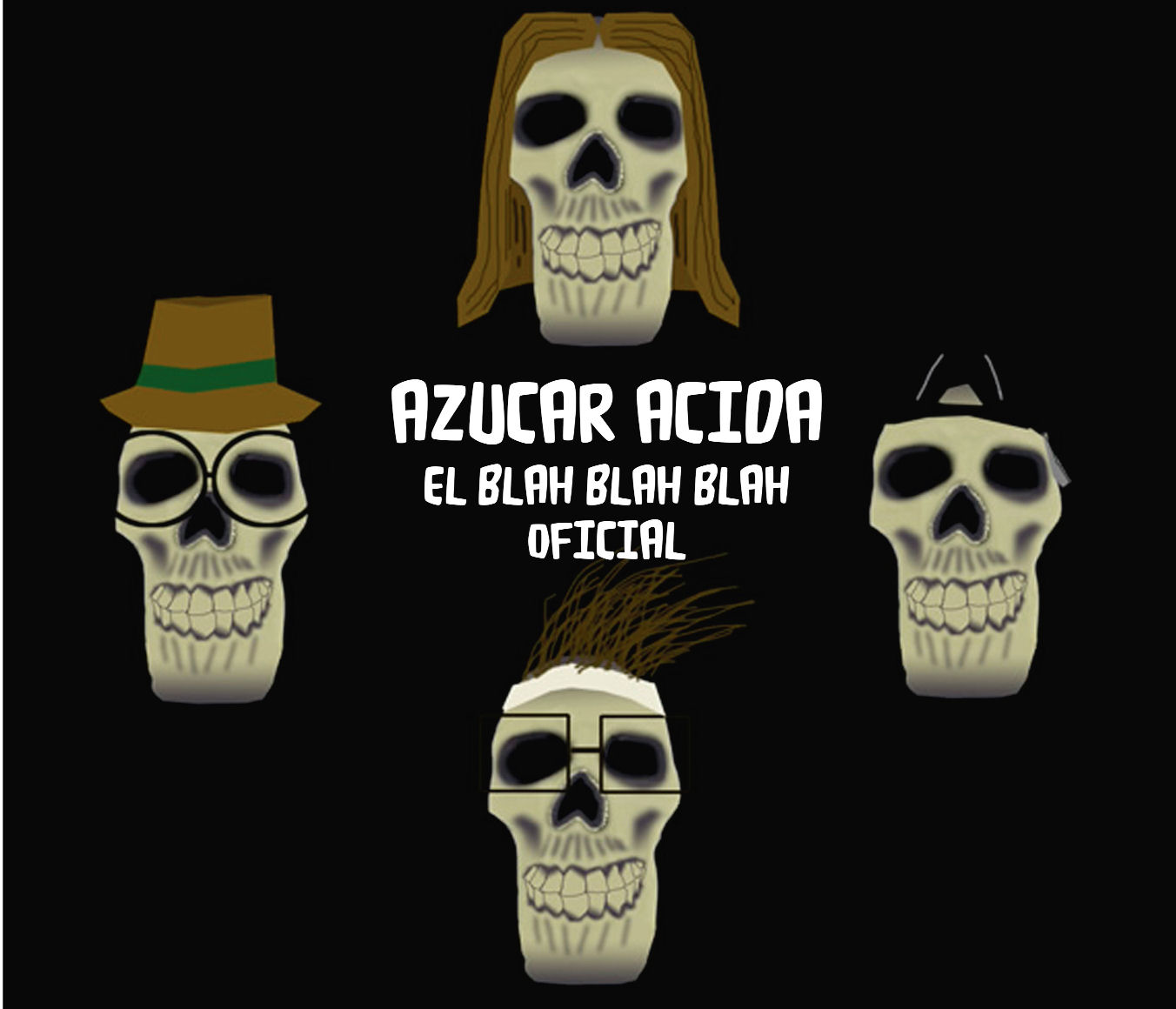 Eeeeeeeeeeeeeeeeeee!  Just in case anyone was wondering what I sound like when I find out the music I’m about to review comes from halfway across the planet from us, that’s what it sounds like!  I’m always excited for an opportunity like this!

Panamanian five-piece band Azucar Acida are sending out there music far & wide clearly if they’ve made it all the way over here to Canada with it.  What a way to experience music I tell ya – and this is no exception to the fascination that comes along with listening to songs from all over the globe – this new single & first recording from the multi-talented band has all kinds of unique ideas and a stunning composition to it all.  I know I’ve always been a bit strange – but I’ve gotta say – I love the way this song is laid out; whether or not I understand a single word is irrelevant when it comes to “El Blah Blah Blah Oficial” – you’ll get the main gist of the song entirely through its attitude and sly humor.

As far as I understand it, the song is about the back & forth of arguments and the pointlessness that results from people talking over each other as opposed to understanding where each other is coming from.  Hence, you get “El Blah Blah Blah Oficial” from anyone involved…a whole bunch of words flying through the air like tiny fists trying to knock the other person out of the conversation.  I love the fact that, even though I’ve got a tiny write-up here that clarifies a little bit about what this single is about, you can still ‘get’ the tone of this song just by listening to it, no matter what language you speak.

I’ll say this…at its best, Azucar Acida’s “El Blah Blah Blah Oficial” resembles something close to a Frank Zappa tune.  It might be a little less jammed and a lot less busy than Frank’s music – but that same inspired sound of rock-madness and zany humor is all over this single from Azucar Azida, which gives it that similar feeling to Zappa’s work.  The structure of the song is laid out tremendously well for a first-recording and you can hear that this band is capable of quite a bit through the music they’ve made here.  It has great rhythm, great flow, great melody, great vocals and backing vocals, the music is right on the money the whole time and has real personality that you’ll remember for sure.  Overall, I really found this interesting to listen to…I thought the keyboards from Jonnathan Suarez really stood out with some excellent parts and the accompanying guitars from Christian Collazos and Jaime Rosales really added to it perfectly with their chord changes.  Even the video is a complete trip – check it out below!

I’ll admit…there’s not another time I can recall of that I can remember hearing a band from Panama, but it’s also one of the few places I’ve been to in my travels throughout the world.  Seems like they’ve got a sound that would fit right in there…there’s just as much beauty in the melody and the breakdown of this song in the middle as there is in their gorgeous homeland itself – a real highlight in this new single.  It’s a great part in the song, not over-hyped…rather than continually go bigger and bigger, I like how the music shrinks back a little here in the middle of the song before it roars back into its distorted guitar-chords and a final run through of the chorus.  It’s like they get a chance to breathe and brace themselves for that final push of energy.

Call me crazy if you want to – I really liked this song!  “El Blah Blah Blah Oficial” has real vibrant writing to it and great ideas executed very, very well for a band’s first time out.  I’d expect that this band would continue on to make some really wild, exotic and FUN ideas come to life in their music and really build off of the incredibly FUN energy and style they’ve used here on this new single.  I could try & describe it about a thousand different ways…but I think it’ll always come back to one single, short word – FUN.  The steadiness of the rhythm section of Morritz Berroes on the drums and Sergio Marucci has really allowed the rest of the band to get fully creative, and they certainly did that on this new song.  The way the vocals trade-off between the parts in the chorus is pure audio-joy to listen to and the breakdown is a sweet moment that shows this band is capable of doing pretty much anything they want to accomplish.  Highly skilled, great writers and tons of fun – I’d be interested in hearing anything from Azucar Acida, “El Blah Blah Blah Oficial” was a seriously cool track to hear and I’m looking forward to whatever’s next!