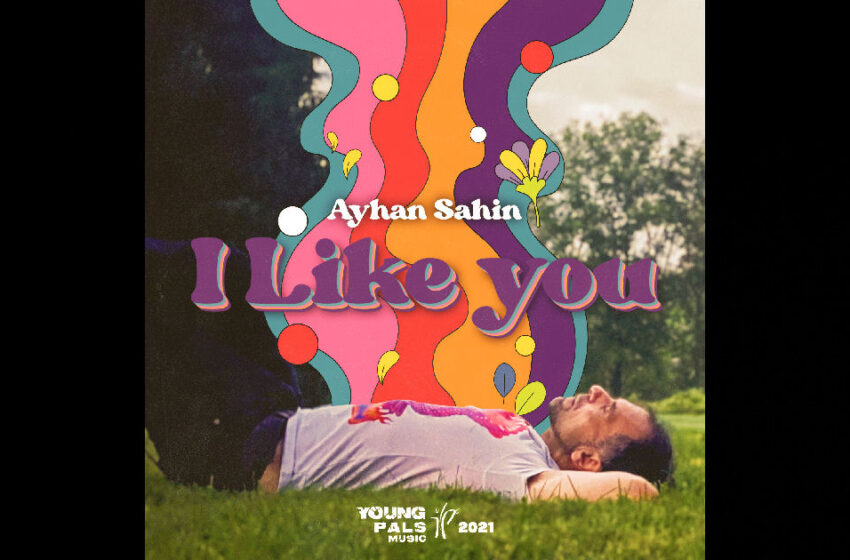 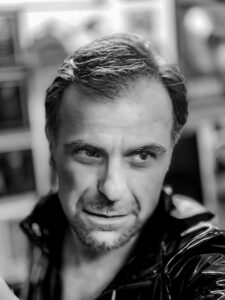 As a dude that gets the opportunity & privilege to work with artists/bands from all over the map in a variety of ways, that comes along with the occasional sneak preview too…as in, sometimes I know about songs & records you might not have any idea are even out there yet, way in advance of them getting their mainstream release.  One such tune would be this one right here, called “I Like You” by artist Ayhan Sahin – I actually heard this for the first time back in…I wanna say October of last year?  Who knows what I was up to back then…probably writing a press release on it or something to that effect – the real point in mentioning any of this at all is, that when you create a memorable tune, our brains & ears will always remember hearing it.  When Ayhan popped back into my world this year, I didn’t think twice about it…I just assumed it would probably be for something I hadn’t heard yet…some new single or something new happening with his music career – and then I pushed play, only to distinctly remember what I was listening to, 100%.  Like I said – it was back in October of last year that I’d have been spinning “I Like You” for the first time personally – now take a tour of our pages, see how many reviews and things I’ve written about since that time…go ahead…I’ll wait – I’m a patient guy, and there’s a TON you’d have to sift through…that’s what I’m talkin’ about dear readers, dear friends…I’m so old at this point, that really the ONLY way I’d remember a song from back in October at this point in time is truly if it WAS extremely memorable.  So take that to heart Ayhan…it’s been much more than half a year, and “I Like You” still sounds every bit as vivid and fresh in my mind as if I’d heard it only yesterday. 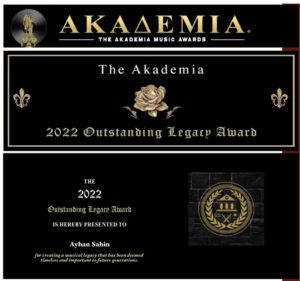 Featuring the talents of Mike Sorrentino on drums, Carras Paton on bass, Gene Blank on guitars, Rob Preuss on piano, and Keith Fluitt/Jerri Bocchino on backing vocals accompanying Ayhan on “I Like You” – you gotta give credit where credit is due…if there’s something out of place on this single, I’m not hearing it.  Co-written with Bernadette O’Reilly and Emre Yilmaz, everything seems to have come together in all the right ways for the Young Pals Music founder – Sahin’s “I Like You” is beaming with flashy catchiness and single-worthy sound…even being recorded in the middle of a worldwide pandemic couldn’t stop this cut from reaching its full fruition and securing a whole bunch of enthusiastic players on board with the idea to make it happen – and that’s really something to marvel at.  Those of you out there that have been entrenched in the scene over this past several years know exactly how much tougher it became to get everyone together or organized enough to make music happen in the pandemic era – so considering just how many important names & talented players you’ve just read about that are involved with this song of Sahin’s…like I said, credit where credit is due – pulling this off wouldn’t have been easy, despite how natural & smooth the results all sound in the end.  “I Like You” really has such an impressively accessible vibe to it all said & done – it’s got the kind of sound & hooks that everyone will pay attention to & no one would ever get up and cross the room to turn down, you know what I mean?  “I Like You” comes on, and you’re instantly hooked, ready to listen to how this shiny song continues to unfold and evolve through your speakers…Ayhan’s a seasoned veteran of the scene yes, but an achievement like this is still highly commendable – universal sound ain’t easy to create, and this song is fully built on it.

Now…while of course I’d LOVE to say that I’m so savvy that I’m the first to acknowledge how well our hero Sahin has done with this single – the reality is, I’m actually far, far from it.  He’s received what’s called the “Outstanding Legacy Award” from The Akademia this year – which, according to the write-up, is given “for having built a musical repertoire that the executive team has deemed timeless and important to future generations” – and THAT my friends, is straight-up incredible – what an honor!  Don’t get me wrong…I’m pretty much neither here nor there when it comes to numbers, statistics, and awards of most kinds – but securing a LEGACY award…one that recognizes just how crucial you’ve been to music on multiple levels, in the present AND in the future – that’s something else altogether y’all, and Ayhan completely deserves to enjoy such accolades for the honor they truly are, and all it represents.

The man puts his heart & soul into the music he makes, and he does it to keep YOU entertained…it’s a selfless act of art to the nth degree, and I’m proud just to even know the guy a little bit from this side of the screen.  It takes a ton of effort, commitment, and dedication to be recognized for your LEGACY folks – consider me inspired!  “I Like You” Ayhan Sahin…and from what I can tell, a whole lot of other people out there all around the globe feel exactly the same way too.  Cheers to you & your success my brother.

Find out more about Ayhan Sahin at his official website at:  https://ayhansahinmusic.com 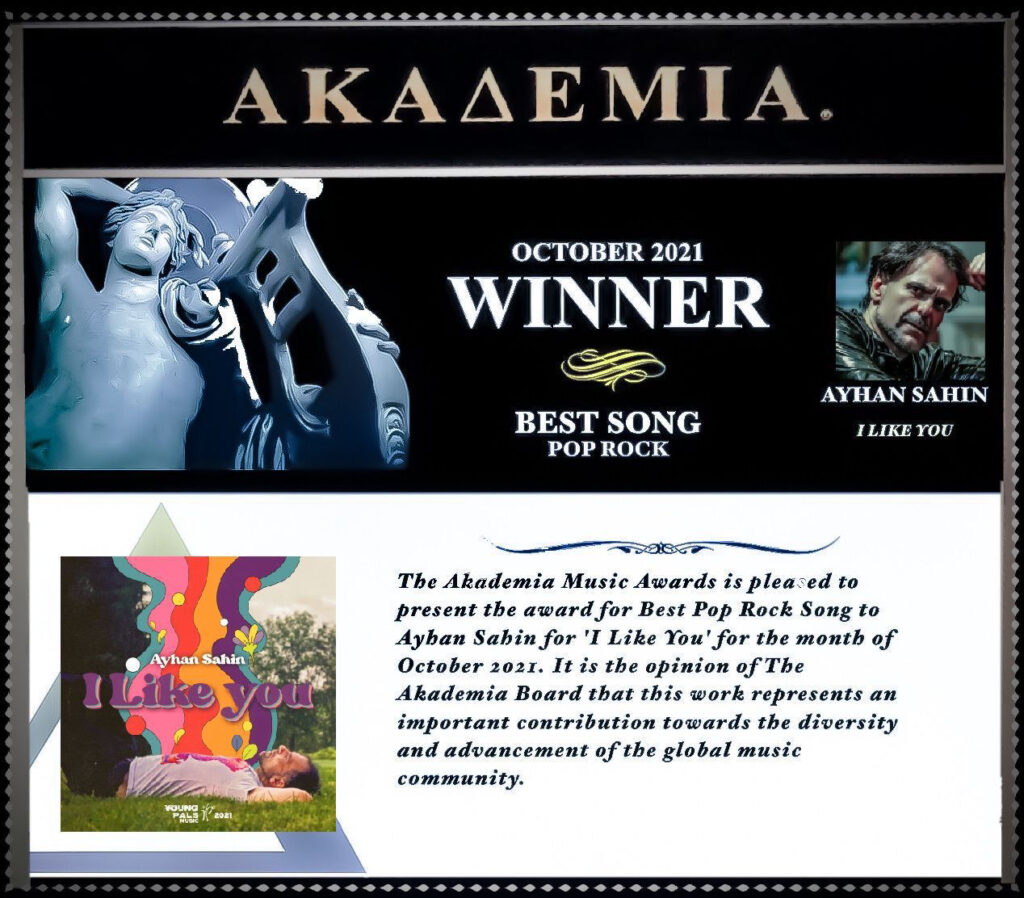