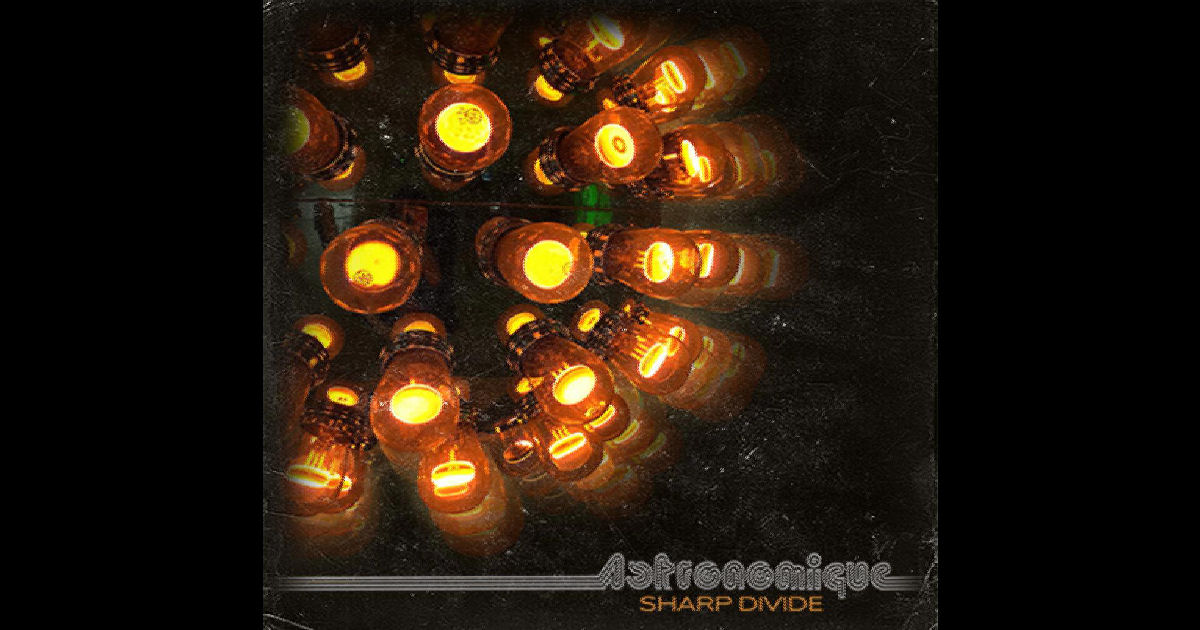 So much yes to this!

Astronomique sounds like an immaculate blend of many things I love in the music-scene on their new single “Losing Our Control.”  I really dig the vibes they create on this tune…it’s a smart combination of sound that is certain to appeal to the indie crowd out there in all kinds of ways.  Take the Peter Bjorn & John-like production…the theatrical approach of a band like Hooverphonic…the post-punk rhythm & groove of a band like The Cure…add in a sprinkle of The Subways, Belly – or even Echobelly for that matter just to add some more artistic flavor & perspective into the mix – and voila, you’ve got yourself something close to the sound of Astronomique.

Guitarist Sean Hogan and bassist Preston Saari know what I’m talking about – the unbelievably awesome chops they put on display here could practically fit right into The Cure’s catalog (see a song like “Lullaby” for example).  The entire band will go on to prove they’re built on remarkable strengths, but you’re likely to notice the stunning skills of this pair of axe-holders first – the guitars having amazing tone & ideas and that bass NEVER quits flowing with incredible rhythm.  The way they interact and complement each other is pure perfection.  With the added keyboards & the stunning, shimmering, melodic & haunting vocals from Logan Andra Fongemie – and especially the way this song opens-up & expands brightly in the chorus – Astronomique does well to add their own signature stamp on the sound overall & offer their own twists to it.  Even though they’ve got themselves categorized as Darkwave Synthpop on their social-media pages, while it does qualify – it’s also not likely what you’re typically expecting your Darkwave Synthpop to be like, ya feel me?  The electro-elements, keyboards, and atmosphere definitely play a massive role – but overall, you’ll find that this band relies quite confidently on the strength of their musicianship & not just clever programming.  The authentic & organic sound of this band bringing it all together to formulate a dreamy creation like “Losing Our Control” is damn magical – I love what I’m hearing here.  I love the distance in the vocal-mix, I love the echoes and backing vocals complementing the lead as well…I gotta admit, Logan has the kind of style, approach and sound that I could listen to for days.  Angelic, graceful, raw, real – Logan mixes emotions and thoughts magnificently through the lyrics and gives weight to the words she sings by finding the right energy to match the vibe & pulse of the song spectacularly well.  Mitch Billings – haven’t forgotten about you brother – you’re holding it down rock-solid on the drums back there, I hear ya, not a beat out of place sir & great tone on these hits of yours.

What I think ultimately…is that there’s quite a bit going on here that should be paid attention to.  The more I listened to “Losing Our Control,” the more I felt myself happily repeating a beautifully hypnotic vibe I never seemed to ever want to end.  I mean, I’d get up for the occasional cup of coffee like I always do – but that’s on me & my own addiction, not on them – the moment it was brewed I’d be right back to listening to this single from their new Sharp Divide album, which is coming out like, days around the corner from now on June 8th this year.  Got a highlighter pen or something to circle the date with?  Good to hear!  You SHOULD want something like this for your ears – treat yo’self!

Because for reals people…I’m not even quite sure if I can describe it in-full myself – but I know awesome when I hear it and this is that.  There’s something blissfully special in this combination of sound, the writing, the interaction in the musicianship and relationship between the players in this band.  Best way I can think to put it, is that a lead-single as strong as “Losing Our Control” is leaves me with no doubt whatsoever that what we’re likely to find on the Sharp Divide album is going to be equally awesome.  Astronomique is impressively focused and perhaps even more skilled when it comes right down to it – and my gut tells me that they’re really on to something.  I think the attention to detail and remarkable skill on display throughout the incredible flow of this artistically-inclined subtle groove speaks volumes on behalf of what this band is capable of and the unique potential that exists in Astronomique.  I really think this band from Minneapolis is bound to have created something massively moving & memorable on Sharp Divide after what I’ve heard in this lead-single – I love every second of “Losing Our Control.”

Find out more about Astronomique at their official website at:  http://www.astronomiquemusic.com