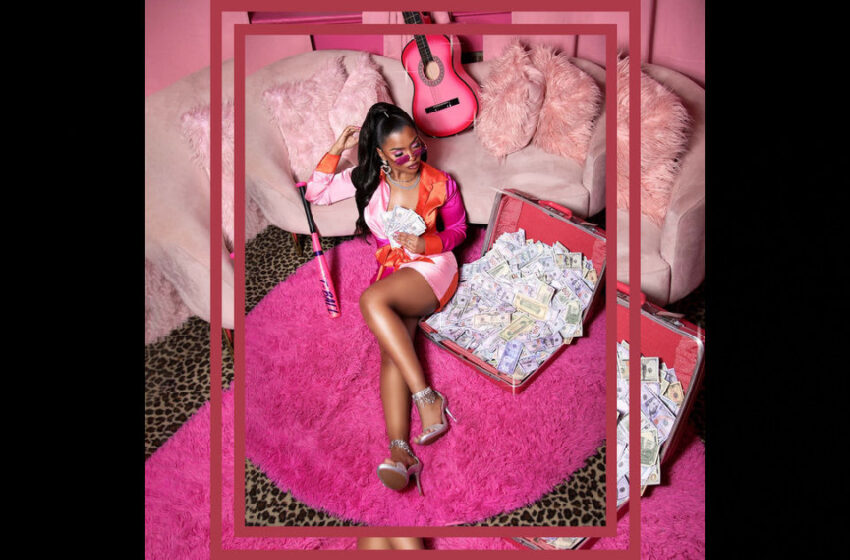 Ayyyy…if you know what it is you want outta life, I figure you’re one of the lucky ones ain’t ya?

Ariee likes money.  Airee knows how to get that money.  If someone out there is willing to spend their hard earned dough on this fine lady, I personally fail to see what the problem could be, you feelin’ me?  “Everything is legal,” as she’ll tell ya herself – “so ya ain’t gotta ask.”  That’s fair enough as far as I’m concerned – and clearly, it’s workin’ out well in her favor so far – “we talkin’ pure cane sugar ladies.”

I mean, let’s be real here…there are many ways that people will listen to a cut like “Sugar Daddy” and multiple interpretations will be tossed around about what is or isn’t right, moral, or acceptable to be done in this society we’re living in.  The reality is, Ariee is bossed right up, empowered, in charge, and in full control of everything she wants to do – and there’s no reason whatsoever that I can think of where a lady can’t be every bit as much of a hustler or on their grind just as much as any man could ever be too.  I’m all about that equality shit – so if Ariee wants to mogul it up while she’s separating a whole bunch of dudes from their greenbacks, I say the more power to her.  She’s got style, she’s in a class of her own – and clearly, according to what you’ll hear & what you see in the song/video for her single “Sugar Daddy” – Ariee’s got the goods worth payin’ for – and you won’t find me being the dude to argue against that.

She’s also got herself a verifiable club banger and a high-end, storyline video supporting her new cut – don’t go thinkin’ any otherwise, Ariee puts in the WORK, and she gets the results – it’s really as simple as that y’all.  I’m not here to be the guy tellin’ ya she’s got the song of the year here…but truthfully, I don’t really know why it couldn’t be for many people out there – and perhaps it should be.  I’d be the last guy to tell ya it isn’t super catchy – it IS – and I can promise ya that a single spin through “Sugar Daddy” is likely going to get it stuck in your head permanently for the rest of time – the value in that, is literally & audibly insane – you can’t buy that kind of memorability.  Whether it’s her personality, the video she’s put together for “Sugar Daddy” that gets right down to business visually in terms of what this song is really all about, or the addictive qualities of the hooks she’s rockin’ with – don’t get it twisted – there’s a ton here for Ariee to be seriously proud of.  Execution wise, it’s bulletproof from the screen to speakers.

It’s fair to say it’s somewhat niche in the sense that, sure, like anything else that’s written about a specific subject, a track like “Sugar Daddy” is going to thematically appeal to some more than others – but I can’t imagine that’s gonna matter all that much to Ariee at the end of the day.  As far as I know, all it takes is ONE real fan anyhow right?  This track isn’t called “Sugar Daddies” y’all – pay attention!  It’s singular…as in ONE…and that’s really all that it needs to be – you find that right “Sugar Daddy” or “Sugar Momma” and it’s like you’ve hit that jackpot.  “I try to play the lottery but I already won,” as Ariee will confirm – and I suspect that’s true; I grew up in the Grunge era…all I can do is take her word for it as anything/everything to do with money is completely outside of my areas of expertise.  All I know is what sounds good…and the last thing I’d ever do here is try to convince you that this single doesn’t provide in that respect – Ariee’s confidence works massively in her favor, and she’s got the stylistic vibes to go along with it.  It all adds up if you ask me…the look, the sound, the content…it’s all right there where it should be whether you’re lookin’ or listening – just make sure you’re prepared to spend some, cause there’s not a thing about Ariee that’s cheap.  She’s a business lady…and like I told ya from the start, she’s handin’ hers like a boss – I’ve got no doubt whatsoever that she’ll get more than enough people out there bumpin’ this single & video over the course of this summer.  More importantly than that – not only will people give this a good spin, but there’s not a person out there that’s gonna listen or watch this video & come out of the experience without remembering her name – Ariee’s all set to level UP in 2022.

Find out more about Ariee at her official website at:  https://www.arieemusic.com