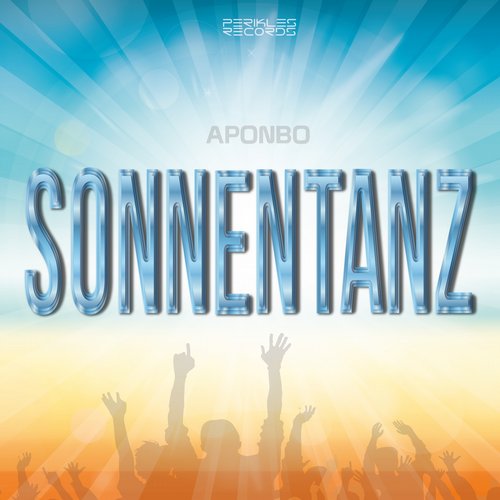 Alright…I’ll fully admit…I came out of writing the early morning review on Franki Love today and was positive I wouldn’t be posting again in the review section today…that was my mistake and I apologize. I’m not completely to blame however…if the music of Aponbo wasn’t so damn good, I might have been able to pull myself away from the speakers for just a moment or two…but that just doesn’t seem to be the case. In fact…I really can’t say enough about this tight electro-groove in ANY of the forms we’ve found it to exist!

A solid mix of electro-house music, Aponbo absolutely catches onto a solid-beat and danceable rhythm right away as “Sonnentanz” starts out. We’ll discuss it in its 8+ minute form first, which is the extended and official mix I believe…though we’ve got others we’ll talk about. I didn’t actually start with this one as I was listening in the first time around…there was a barrage of links and I was fairly certain it was just the one song, I just didn’t realize in how many forms and incarnations I would find it to be in!

Good old-friend to SBS and former co-conspirator here of sorts, Vancouver radio-host Jeff Jeffries would be all over this release from Aponbo…so hopefully out there somewhere he’s still following along. The former cohost of our first endeavour into podcasting when we used to put out The Great Canadian Hitlist each week…he once left a CD here that took me a long time to get to, and once I did I couldn’t believe it had taken me so long. That disc was from a band, or artist maybe, called Champion…and I put grooves into that CD from spinning it, even with the frictionless digital laser-beam I’m tellin ya! And much like the chilled-out grooves that were captivatingly rhythmic and absolutely keep your attention on the Champion album – Aponbo has made a similar vibe and perfect groove with “Sonnentanz.”

I’m not even sure what you’d call it…the main melody-line…I think that’s a synth vibraphone sound if I’m not mistaken. It’s not quite bright enough to be xylophone, and that muted-sound to the tones really helps it slide right into the song. As its 8+ minute version pauses, breaks down and comes back, that sweet-rhythm line & melody in the music start right back up again. The sound is so smooth and so incredibly inviting…I can’t even tell you how many times I’ve heard it, just leaving it on repeat to let the sweet-beat take me away over this past ninety-minutes or so. Every moment is full of comforting sounds, all mixed together cleverly…no rough transitions whatsoever. The added instrumentation of flute, trumpet, saxophone and guitar sounds into the mix all come through at sporadic and somewhat unpredictable times in the music, which honestly makes for an extraordinary listening experience that continually keeps your ears guessing and your face smiling.

I had actually started out with Aponbo’s “Sonnentanz (Maisache Remix) – which, again, had me hooked instantly. What I liked about this version was that the focus on the instrumentation itself came out a little more brightly in the structure. There are some truly incredible arrangements happening within “Sonnentanz” and I think that the “(Maisache Remix)” does a lot to highlight those. It’s a little jazzier…a little cleaner and a little more smooth even as it stays chilled pretty much throughout and rides its flute-melody for its main-line through the new version. The breakdowns are fewer and the entire track seems a little more focused in its shortened version here…but maybe missing a little bit of the extra-added fun that comes along with the extended original form.

And then…to make things extra-confusing…for you, for me and anyone concerned really…we’ve got ANOTHER “(Maisache Remix)” of which title-wise, is exactly the same with no way to tell them apart other than their length and vibe. This second cut of the remix hasn’t been made available to the public yet…but we managed to get our hands & ears on it. It’s a little bit darker to start, a little tighter & cleaner once again…but really, as I’ve mentioned, Aponbo’s “Sonnentanz” is good in every form you can find it in. To be truthful…I didn’t find any of the versions to be insanely better than any of the others, they all possess the same exact core melody and not enough deviation between them all to really stand out as massively unique from each other – they’re just great tracks, no matter which way you slice it.

Solid work from Aponbo…”Sonnentanz” is definitely the kind of rhythm & jam that flows perfectly from the beginning to end and absolutely increases the desire to hear more from this clever music-mixologist.

Have a listen to “Sonnentanz” & more from Aponbo at his Soundcloud page direct here: https://soundcloud.com/aponbo