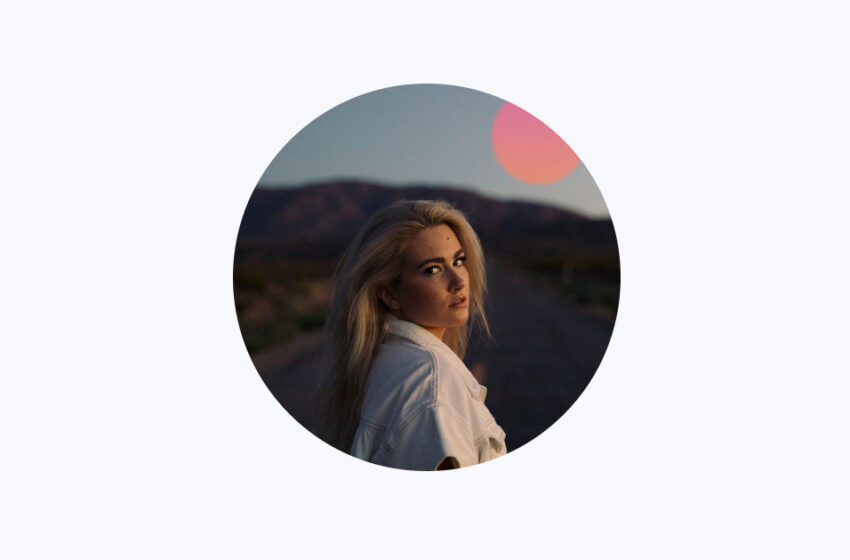 Well now…this is something special.

Sometimes I have to give my head a shake and realize I’ll never actually be able to listen to everything, no matter how hard I try.  Usually those moments come along when I discover an artist like Alke, who sound absolutely phenomenal, and I find out that she’s been rockin’ since like…I dunno…it looks like around 2016 or so when she was first starting to release her music online.  It’s not like I don’t have my ear to the ground folks…so believe me when I tell ya, if it has taken this long for ME to hear tunes by Alke, then there are definitely a whole bunch of all-stars that continue to slip through the cracks in this rapid-paced world of music, and probably even more on YOUR playlist if you’re not keeping up with me.

Anyhow.  She’s here now, on these pages of ours, and I’m 100% stoked to tell each and every one of you out there about Alke’s music if you haven’t heard of her by now – because you certainly should have.  I’ll put it to ya this way…I toured through her latest single/video for “Touching Me Now” and I knew beyond any doubt that, not only was I hearing a song that should absolutely be a huge hit with all of you savvy listeners out there, but that this track was LOADED with memorable hooks.  Personally, as a reviewer, I tend to listen to things once, let the song sit for a moment or two, see how much I remember as the day goes on, and eventually head back to listen again a whole bunch more as I’m writing about music – and it was no surprise to me at all that I felt like Alke’s new song had never really left my mind at all by the time I got around to hearing it for the second time.  “Touching Me Now” is pretty much the textbook definition of what memorable is when it comes to music we listen to; I was happy to have these hooks completely stuck in my brain that quickly…it helped me sing along to the very next spin, loud and proud.

Those of you anywhere near my kind of ‘work’ know exactly how truly rare that actually IS.  It takes an extremely strong & single-worthy song to be as memorable as “Touching Me Now” is…cuts like this are far & few between, and that’s why I’ve been trying to say from the get-go here, we cannot take an artist like Alke for granted!  We can’t just normalize amazing songs not getting the attention they deserve – so get on out there, and start listening to this heartbreakingly beautiful single will ya?  No joke folks, she’s knocked this straight outta the park…her vocals are perfection, the bounce of the synth-led sound is spot-on, her lyrics are great, the energy is spectacular, the hooks are unforgettable, the video is great…I mean… I could honestly go on & on but you get the point – what else could we possibly want from Alke?

For anyone reading these pages of ours…and anyone that’s ever had their music reviewed by me in the past – you know that if I’ve got something to say, I’ll say it.  Good or bad, pass or fail, I feel like the scene is best served by a degree of honesty that isn’t found on other sites, whether it’s mainstream or the independent scene, it’s hard for artists to get real feedback they can rely on…and I’ve tried to fill in that gap by simply telling it like it is.  So take that to heart Alke – when I tell anyone/everyone out there that they should be listening to “Touching Me Now” and that they’re going to be blown away by the exceptional talent you’ve got…well…I mean every single word and stand behind everything I’ve ever said.  We could very well be witnessing one of the new queens of Pop music right here if this is the quality that Alke keeps consistently putting out into the world – there’s not a solitary second of “Touching Me Now” that I’d remotely change, and nothing I can think of that would make it any better.

The most you’ll find me conceding to ya is that it’s a song built on familiar terrain from subject to sound, but just like anything else, if you can do something better than the rest can, that’s still special beyond words.  I listen to “Touching Me Now” and I can hear how universal it genuinely IS…Alke might be a Pop artist by choice, which suits her brilliantly for the record – but the song itself could just as easily be a hit in Country, Rock, Soul, Indie, R&B…again, you get the point – this single is guaranteed to resonate with ya, and could go on to live several success lives & new variations/covers as a result of the bulletproof songwriting of Kelsey Karrasch.  Alke’s revealed what the extraordinary potential in this song can be with her own sensational performance…”Touching Me Now” is as much of a hit as I’ve ever heard one, and I’d be way more shocked about this song not catching on than if it did, like it SHOULD, you following me?  So do the right thing today folks…have a listen and/or have a watch of her brand-new video for “Touching Me Now” – you’ll see what I see & you’ll hear what I hear, I promise ya.  Some folks like Alke were born to be superstars and have all the talent required to back it up – this single proves that for her.

Find out more about Alke from her official multilink right here:  https://linktr.ee/alkemusic