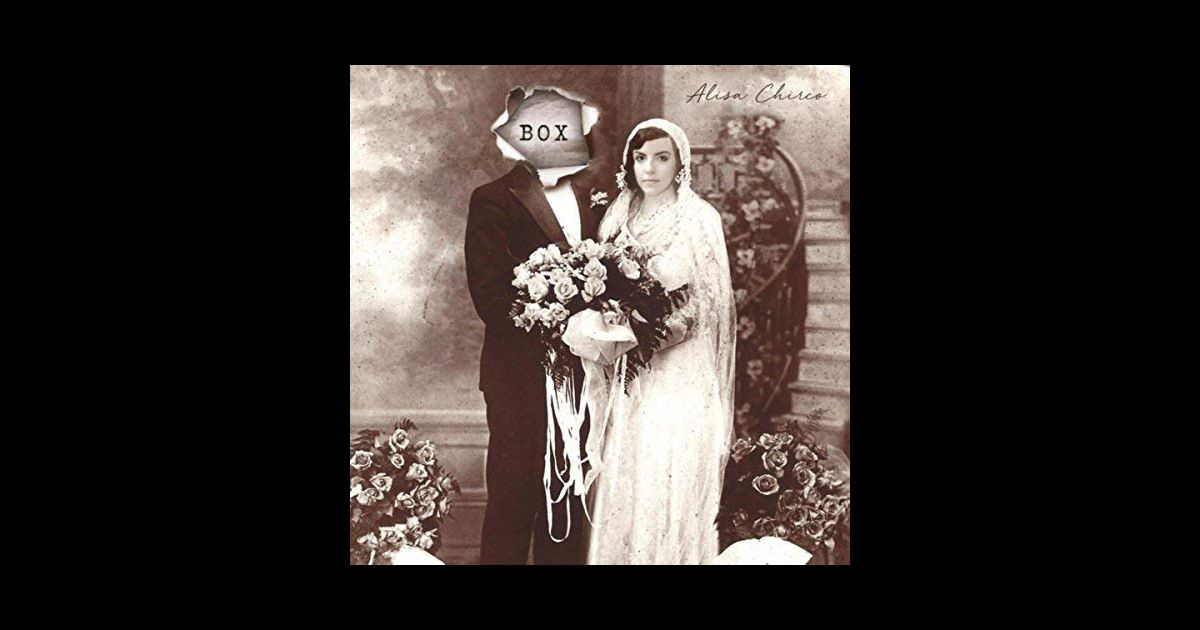 Ok!  I have…actually, I have a ton of questions that need answering…

Like as in – how haven’t I heard this song by now?  It was officially released around this time last year.  Or as in – why haven’t I seen this video yet?  It’s pretty much one of the best I’ve honestly ever seen.  Or what about – what’s stopped Alisa Chirco from posting between July 14th and October 4th this year?  And – shouldn’t she be a household name and world-dominating superstar at this point?  Cause I think so!

You’re all responsible…I blame you, fully.  I’m old now and always need people to point me towards what’s awesome, and collectively, somehow, this fine lady got past you and you forgot to introduce us.  But no longer is that the case.  And now that I’m fully aware that Alisa Chirco has this much potential and talent, you better believe I’m here to advocate on behalf of her getting back into the studio and doing more of THIS…because “Box” is fantastic from audio to video.

I try to never say ‘especially video’ or anything like that, because ultimately, we’re here for the music.  I don’t believe that video killed the radio star but I sure believe that it distracted the masses from what was most important.  However…that being said…sometimes there’s a rare case where such impressive art is put together onscreen that it truly rivals the music in the most complementary of ways; and this would be one of those times.  Alisa should be massively proud of how this came out – this is pure art.

So…basically my experience with listening to “Box” went something like this.  I started out by simply listening to the song…and immediately, I felt that pull to its ethereal melody and emotionally charged performance from Alisa.  I could hear that the vocals were angelic, graceful, and filled with confident, controlled, and professional technique – there was no doubt that Alisa could sing, you can hear the talent and tone immediately.  Now…this next part…I don’t quite know how to explain, so I’ll just say it openly and plainly as best I can.  I got curious.  That’s what a great song will do to ya – you’ll wanna find out more about who made it right?  Something inside my head said ‘this song sounds like Alisa is gorgeous, and I’d be willing to bet she is’ – and turns out I was right; she’s got the look as well from what I could see on the pictures at her sites.  Now don’t get me wrong, I wasn’t being a creep – I was genuinely connecting the beautiful sound of her voice to what I assumed was a beautiful person as well, to which, I’m sure that she is…seems like a fantastic person all-around.  Inside of those pictures and sites though, were several shots of what looked to be like…straight out of a movie or something…really cool costume-like clothes & incredible scenery in the places where these photos must have occurred.  And naturally, that made me even more curious.  So I clicked the video for “Box” – and there she was dressed in the like…what…Victorian-era dresses (I think?) that you see in the photos, right there in the video.  If it sounds like this has become a fashion review or that I was paying too much attention to what she was wearing, I apologize – I’m simply connecting the dots that led me to a video you HAVE to see.  So here you are…enjoy!

Honestly – this is a breathtaking effort and a video that deserves awards.  Everything about this is great – like I said earlier, I love the song, love Alisa’s voice – there’s no doubt about all these ingredients and factors stacking up in her favor…but this video…this was next-level stuff.  The first time I watched it I was completely confused as to whether or not I had all of a sudden taken a turn straight into the mainstream somehow when I wasn’t paying attention…because “Box” is as pro as pro can get from concept to execution.  Alisa’s done an exceptional job in the starring role and from moment one, this video pairs itself to the concepts, sounds, and threads in the music spectacularly well.  It’s shot stunningly, it fits beyond-perfectly with the song, and it’s a genuinely moving experience when you combine everything all together.  It’s ART – full-stop.  I sat here truly amazed at the effort put into the video and how well it interacted with the meanings & words in the song, how flawlessly Alisa sings “Box,” and how extraordinarily haunting this tale of love becomes when it’s all put together.

I have to rub my eyes in disbelief just realizing that twenty-thirty years ago, maybe a bit more, maybe a bit less, Alisa is just a superstar and there’s not even any debate about it.  I’m fully aware of how much music is made out there in our modern day…and I understand that even despite all of our best efforts to listen, some really, really amazing stuff is going to fall through the cracks no matter how dedicated you are or how charged up your iPod is.  But to not take time out of your day to watch & listen to this video & single would be a straight-up disservice to yourself and practically a crime against humanity – this is art & music combined in such a remarkable way that it truly deserves three minutes & twelve seconds out of your day.  Heck, you should have at LEAST six minutes & twenty four seconds to make sure you can experience it twice in my opinion.  Alisa’s unquestionably put her soul into this heartbreaking tale and created something highly memorable from audio to video…she should be incredibly proud of “Box.”

Support amazing talents like Alisa – she fully deserves it because she earns it with such dedication to the art & to the craft.  Find out more about her at her official website at:  http://alisachirco.com