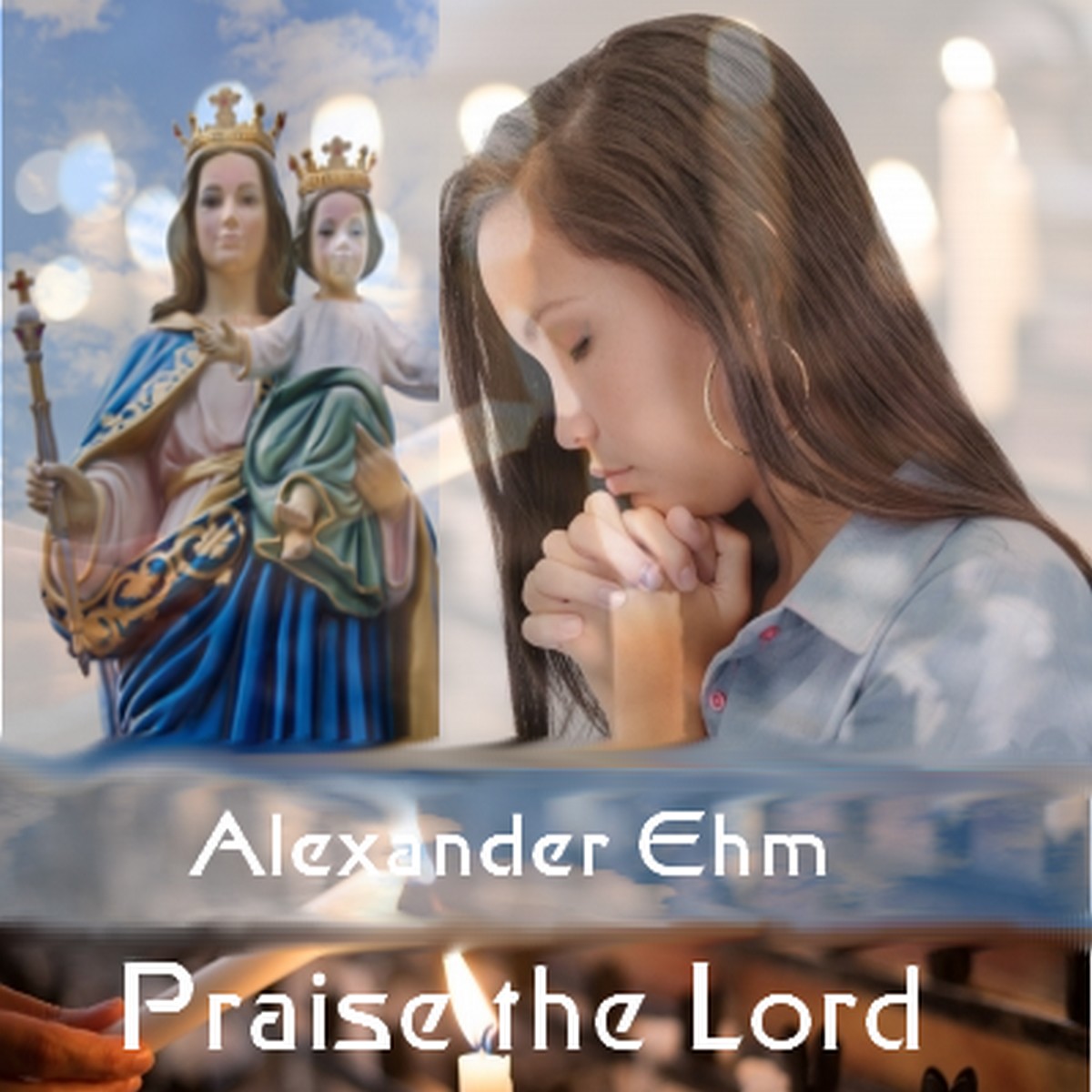 If I’m not too careful – you people out there are going to start assuming I ONLY deal with religiously-based music! As strange as I personally find it each and every time that we’re often sought out this way – I take it as an extreme point of personal-pride that I’m able to supply objective reviews that are still of value even when our personal-views and life-context might not always line up side-by-side. As many of you already know – I was raised with a somewhat religious background and I’m immensely proud of a ton of those values instilled in me, even to this day. And as I continue to welcome ANYONE that has a voice and a vision – well…I can’t be faulted if the religious-music community is out-working the rock & rap artists out there ten-fold this summer!

And as many of you know for a certainty – religion and music continue to be one of my favorite topics to write about, talk about…become fully immersed in… So let’s do that again today and talk about the new album Praise The Lord by Alexander Ehm…

I’ll start off by saying there’s virtually an entire kingdom’s worth of material to like and comment on in Alexander’s work – bar none, regardless of what you personally believe in – there is some of the most beautiful music I’ve heard this year drifting in and out of this album. Alexander Ehm, frequently accompanied by Jennifer P display a real gift for composition and melody, but more importantly the tender balance when both of those components come together in just the right way.

Now…going into an album called Praise The Lord, one can make nearly zero mistakes in assuming that it would be based in religious sentiment and context; but what I wasn’t prepared for, was that it would open with a gorgeous instrumental track and continue on to be nearly completely without vocals throughout the album. The opening song is called “God With Us,” and musically proves right here just how powerful songs without words can be, yet how appropriate and within the context of an album they can be as well. It doesn’t feel any less based in religion than any of the songs on this album with words, which again certainly highlights the songwriting abilities of Alexander Ehm and what a gift he has in his ability to truly create magnificent soundscapes that truly take you somewhere when you close your eyes. There is an astounding amount of beautiful instrumentals on this album of devotion, expressing those emotions that cannot be spelled out in words. The title track itself, “Praise The Lord” is entirely instrumental…and again, entirely beautiful.

The instant argument can also be made, that if you ARE leery of listening to something steeped from religious scripture, that Alexander Ehm has made a brilliant move in providing these instrumentals throughout the album. There’s no possible way anyone could accuse this album of being ‘overly-preachy’ – there’s so much left for the listener to interpret on their own. These songs without words certainly pulled me in closer, and again, for many of those instrumentals…I personally felt as if I was hearing what he truly had to say; and in the best of possible ways – through his emotional, passionate and highly-skilled performances. “Sunny Days” is an absolute GEM. I can hear that the whistling-keys might not be for everyone – I get that…but DON’T abandon this track and make sure you stick around for the two minute mark and ride this out to the end.

***Please note Alexander – I need a version of “Sunny Days” at twice the length! Please inform Jennifer for me as well as I know she plays a key role in this song (and of course, many others!).

But take on the song “Noah;” you’ll feel like you built an ark yourself by the time the song is over! It’s truly an epic journey as a song, which brings me to another point I’d like to make – not a single song on this album is over three minutes and twenty seconds long. The effect this has…I mean, if this is Alexander’s own instincts he has got an incredible future in front of him…if there’s been some guidance on keeping these songs as tight as they are, well…then that person needs some strong recognition and tremendous kudos for some mighty fine work. But songs like “Wedding Day” and these other instrumentals I’ve pointed to…there’s absolutely zero filler in this music; it’s all so carefully thought out and well put together.

And you know something? I think that’s one of the finest messages that exist in religions of all types. Respect for ALL things…not just people, but the work that we do ourselves, the tools that help us build and the very life that our creations take on for themselves. There’s a care and respect here in the music that is impossible to ignore; and when accompanied by the extremely-awesome songwriting and creative instrument choices, tones and sounds – I would be shocked to hear that this album didn’t find the universal audience it so richly deserves.

The triple-set into the second half of the album, consisting of “Back To Happiness,” “A New Morning,” and “Wings Of Glory,” was an excellent way continue this album on. Starting those three with a mellow-sound in the first two, before lunging headfirst into a way more guitar-based track in “Wings Of Glory,” – the musicality and intensity of this song set up one of the best moments on Praise The Lord – a song known as “Promised Land.” With its quiet and isolated beginning, it’s the near-absence of sound left with you after the rush of “Wings Of Glory,” that serves to make “Promised Land” as golden of a song as it becomes. It draws the ear right in to listen and appreciate the space and carefully chosen notes – and again, how well those two factors come together when approached from just the right angle.

“The Prayer,” is also an incredibly beautiful song in its own right. Fantastic synth, violin, minimal percussion and of course, the chant-like prayer itself – I can’t be alone here…this is INSPIRING music!

As the album winds through the final instrumental tracks, it ends just as beautifully as it all began and really feels complete by the end. This isn’t something that would have been in my normal rotation – but I’d certainly venture a safe guess that it most definitely will be in the future. Praise The Lord is a real transcendent album; seeing the world through the eyes and music of Alexander Ehm is a vibrantly wonderful experience. A real pleasure that everyone should take a moment to appreciate.

Find out more about the music and work of Alexander Ehm here: http://ehm-music.de.tl/