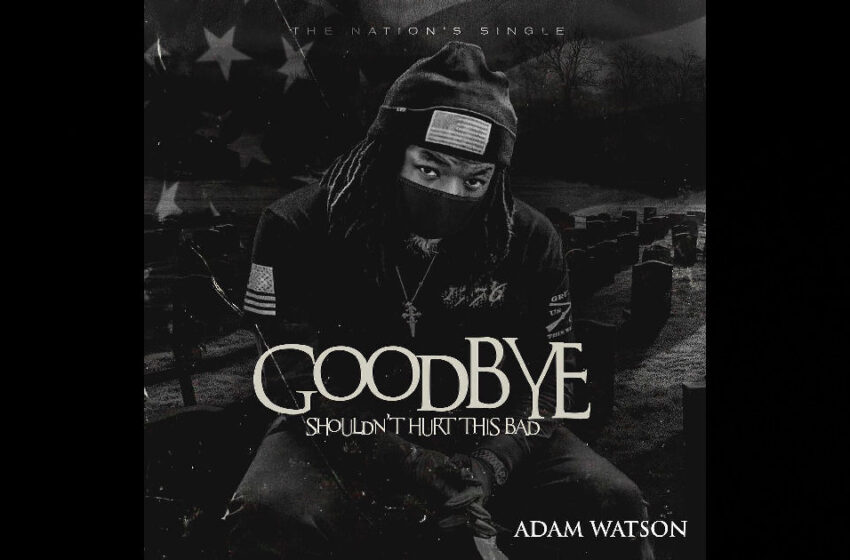 “He has creative ways of tearing down and destroying negative mindsets using both inspiration and science.”

I could…and you never know…I just might…pull incredible quotes from Adam Watson’s bio online all day long – what a fascinating guy to read about, and what a journey he’s been on!  No joke y’all – he’s the real deal when it comes to representing the best in our humanity with sincere empathy & understanding:  “Adam Watson enjoys visiting and feeding the homeless, volunteer work and touching those who believe they have been forgotten.”  Full salute sir…you’ve definitely got my respect.  I feel like I must have read a million bios out there at this point in my life and I can’t recall a single one of them making space to prioritize values as altruistic as these up front.  Music, I highly suspect, is like just about everything else would be in life to Adam…it’s another means to communicate with others, help & heal.

I think the best place I could possibly start is by pointing out just how right he genuinely is – “Goodbye Shouldn’t Hurt This Bad” – it has, and it still does, for far too many of us out there.  To say this particular year has been savage to our planet would be a massive understatement…and there’s no question that the majority of what you’ll hear from Adam on this new single deals directly with the Covid-era we’re all in right now, but he also accurately points out many of the issues we faced were here long before it too.

One of the many things that struck me in listening to this tune – and make no mistake, that’s EXACTLY what I mean, striking – was the timeline itself.  As shocking as it is horrifying…look at the mechanics of how a song moves logistically; it would have of course been written before it was recorded, recorded before it was released, and now here we are – and believe me, that context actually matters here.  What’s undeniable in the sense of art & music always reflecting what society is going through at the time, is that it will quite often pin these offerings to the period itself – as in, we’re gonna have a whole lotta Covid-influenced tunes that will always remind us of this particular moment we’re all in right now.  What makes this song extremely different from so many already is the stark reality it both presents, and now represents as well.  You’ll hear Adam directly bring up a number in “Goodbye Shouldn’t Hurt This Bad: The Nation’s Single” – and at the time of him writing this song, that number, was already appalling and incomprehensible to so many of us…it’s 260000…and it represented the amount of people & souls we’ve lost due to the pandemic.  I’d have to look it up to see exactly how far back that was…but you’d be able to pinpoint the exact timeframe Watson wrote this song based on that alone; and now here’s where tragedy continues to invade…because whenever that was, really wasn’t all that long ago – and the current numbers are already nearing the 310000 mark…another 50000 folks we shouldn’t have had to say goodbye to at all.  It’s staggering…it’s saddening…and unfortunately, right now, it’s the reality we’re living in.  Even with these numbers and this song being centered in the USA, believe me when I say, even up here in Canada we feel what you’re laying out in this single Adam…we’re all in this with ya.

So…okay…here’s where I’m at, because anyone that knows anything about me, my interests, and the way I tend to write, knows full-well I could keep us here all week just discussing the content of this ONE song…that’s how much respect I have for what’s written, how it’s performed, and the messages it has.  My respect for Watson, having not known him prior to listening to “Goodbye Shouldn’t Hurt This Bad: The Nation’s Single” – is already through the roof now…songs like this…they’re important.  I’ve always looked to music, artists, and bands I love throughout my time here on earth to educate me, either directly or by the subliminal means of listening to those I trusted most…and Adam proves exactly how strong of a leader he is with an immaculate display of real humanity and unmistakable vulnerability.  This is the kind of guy with the character & conviction I’d more than happily take my cues from; not only does he pack true wisdom into his words…the empathic sincerity you’ll find in his delivery is essentially straight-up second to none.  Like for real y’all…you will more than likely get chills down your spine in listening to this single, either from the facts themselves, or through the way Adam relates them to you.  While I don’t expect every artist out there in the world to embrace a leadership role, be political, or make societal observations in every song they’ll ever write…I can’t help but genuinely admire the artists out there like Adam that use their platform for the greater good of us all.  We make music for so many reasons…the temptation to just hit up the studio to make another rock song or party jam is extremely strong…there ain’t nothing wrong with that of course when they’re done right & created with passion, I’m just saying, I’ll always be an advocate for artists like Watson that make music mean something more.

I think the gentle jazzy swagger & old-school Hip-Hop flavor to the vibes & music is perfect, the backing vocals were a fantastic support to enhance the hooks, I love the piano guiding the melody, and it really felt like Adam got the most out of the way it’s structured to give his insightful words the potential and ability to make the full impact they truly should have on listening ears.  In 99% of the cases that would come my way, I’d be hard pressed to think of a song as well-written as this is lyrically that had a performance along with it strong enough to still potentially steal the show…but this might be that rare 1%.  Adam’s remarkable way of communicating his thoughts, feelings, and emotions…and how grippingly authentic he is…is nothing short of breathtaking at points; his most despairing moments are like a significant punch in the gut you feel, and his most enraged moments will have you shouting along with him in agreement as he points out the many injustices we collectively witness & experience daily.  When you listen to his tone of voice, his cadence, and the way he expresses himself, you know beyond the shadow of a doubt that Adam feels every single word he’s written here with the maximum weight.

“Goodbye Shoudn’t Hurt This Bad: The Nation’s Single” is the anthem nobody wanted – but it is the one it needs.  He’s done an exceptional job from start to finish in detailing the imagery of his words with what I’d consider to be exactly the right proportions of harsh reality, cold hard facts, and just enough hope for that better tomorrow to come to keep us informed, aware, but by no means completely decimated into complete despair.  There’s no question he dives as deep into the pain of this pandemic situation more fearlessly, directly, openly, and honestly than just about every other Covid-related cut you’ll find out there…but he does also take the time to remind us all that we have the tools, means, and capabilities of doing what needs to be done so that we’re not saying goodbyes every damn day for no good reason.  With leaders like Adam, so willing to speak up when it’s most important, we’ll get there.

Find out more about Adam Watson from his official homepage at:  https://adamwadewatson.com