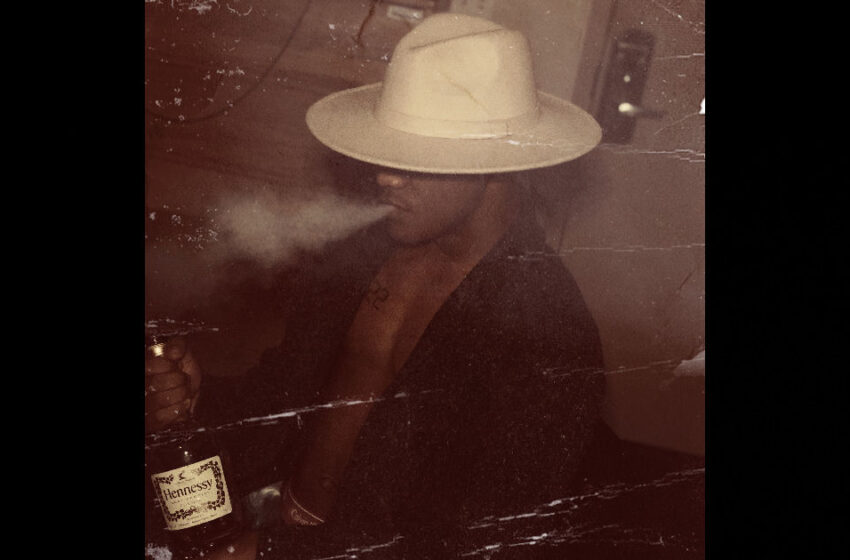 If there’s one thing I’m always gonna appreciate, it’s an artist that puts their heart & soul into what they do – and Ace Rouse is certainly one of’em by definition.  Dude’s been makin’ his own beats, producin’ his own music, writing it all, recording the vocals, mixing, mastering, engineering – you get it – he’s goin’ the DIY route and you know we’ve got nothing BUT love for that here at sleepingbagstudios.  That being said, if there are two things I’m always gonna appreciate, it’s an artist that puts as much into what they do as Ace does, but that also comes along with the mindset and approach he brings to the art of making music.  “I’m really passionate about what I do and I am just trying to learn how to become better at my craft,” according to Rouse himself – he’s found the right place; that’s what we’ve always been about.

I just wish I had more to tell the man is all.  He might be early on into the timeline of his career overall, with the bulk of his music coming out over the past couple years or so…but the reality is, he’s already got a good thing goin’ on, and the kind of natural instincts that tend to make the difference.  I really like what I hear in this single “Don’t Mind” – it’s mellow, smooth, chill, introspective & reflective lyrically…I mean…when it comes right down to it, the fundamentals are all in the right places.  The music is strong, the vocals are expressive, the structuring of the melody & harmonies & hooks…all that stuff checks out and confirms that Ace is completely on the right path.  He’s got a genuinely natural vibe goin’ on with the way he sings “Don’t Mind” that brings the best out of him in the main hooks, and delivers a highly memorable moment in music this year with what you’ll hear in that part of this single for sure.  Bars are tight, the flow is fluid & rhythmic…I like what I hear in the way the guy raps, but I’d be lying to ya by omission if I didn’t tell ya that it’s the way that Rouse sings the hooks that makes the difference when it comes to this particular tune.  The rap fits – well enough – but it’s the combination of R&B/Soul you hear when he’s singing that creates the most powerful allure, shimmer, and shine at the core of “Don’t Mind,” and what I’d imagine most listeners are going to remember long after they’ve finished listening.  Ain’t nothin’ wrong with that – it’s not a matter of the rap not being strong; it is – it’s just a fact that for this particular single, what you’ll hear in Ace singing is that much better…it’s a nice problem to have.  In terms of the design & structure though…there’s nothing I’d change here – Ace kind of has that Frank Ocean style of mellow melodic energy on “Don’t Mind,” and I’d wager a guess that the gentle sound of this single will have no problem at all securing a favorable verdict in the court of public opinion.  The most you’ll find me conceding is that with such dialed-back energy, it’s tough to argue that the people out there are gonna jump up & down in excitement about “Don’t Mind” – but at the same time, it’s that stoic steadiness and slow tempo in this single that has a ton to do with why it all comes out so smoothly.

I “Don’t Mind” the recording on the vocals…but I did kind of go back & forth about it as I spun this on repeat.  The best way I can put it is this – I think the approach Ace has taken here, will work for this single…as to whether or not he’d wanna keep that as the main standard, might be another story.  You can hear in the separation between the layers of sound that the man has a gifted ear for making music and knows how to generate the clarity you wanna hear in the style of soulful sound he’s rockin’ with – and that’s important…ultimately, you gotta know how to get to a mix like this for when you need one.  Sometimes distance can be a bit of a distraction too on the listening end though…and of course, different methods or moves inside of one song will likely always stand out to us too – so like, for example…you feel that close-up intimacy of the chorus hooks, and likewise, we feel that extra distance applied to the rap as the vocals flow from the lefts to the rights.  On the one hand, the roaming sound actually ends up freeing up more space for the music to make an impact, but on the other, you’ll find the vocals almost become more evasive to our ears as a result.  Don’t get me wrong & don’t get it twisted – I’m not really complaining, just observing – like I said, it works for “Don’t Mind,” I just don’t know that I’d recommend this approach every time, you feel me?  What I’m hearing in the recording is essentially the difference between vocals that more or less come straight through the middle in the hooks, and deviate more noticeably from the lefts to the rights in the verses/bars.  Nothing wrong with that as an idea – it’s a great way to make music move and dynamic, even on the inside of a mellow vibe like this…just keep in mind, the center is always going to be naturally bolder in volume, the outside edges of the mix are more thin…and we kind of hear that effect as Ace transitions in between parts on “Don’t Mind.”  What makes it a somewhat odd pairing, is that you’d almost expect the thinner sound to come with the more delicate part of the song, which is where you’ll find Rouse singing – but it’s the opposite here…he’s flipped that script, and instead it’s the part where you’d probably expect to find a bolder vibe in the mix when he’s rapping that actually comes through a bit further back overall.  All-in-all, with such a hazy and introspective atmosphere goin’ on to begin with, “Don’t Mind” really ends up playing like a dream-sequence drifting along out loud while you’re semi-awake & collecting your thoughts…the bass-line grooves are wildly addictive for as chill as they are…the character & charisma of Ace Rouse is there…the confidence is there too – and personally, I love the fact that he’s taken a lot of chances with the way he’s mixed this song.  It’s a mellow energy…no lie, that’s always gonna be a harder sell when it comes to the masses out there, but it’s not impossible – Ace proves he’s got the right ideas, the artistic integrity, expressive & evocative vocals, and the magic in his music that can make it happen.  You factor that in with his dedication to the craft and desire to learn…that all equates to limitless potential and a bright future to follow.

Listen to more music by Ace Rouse at his official page at Apple Music:  https://music.apple.com/us/artist/ace-rouse/1479654764