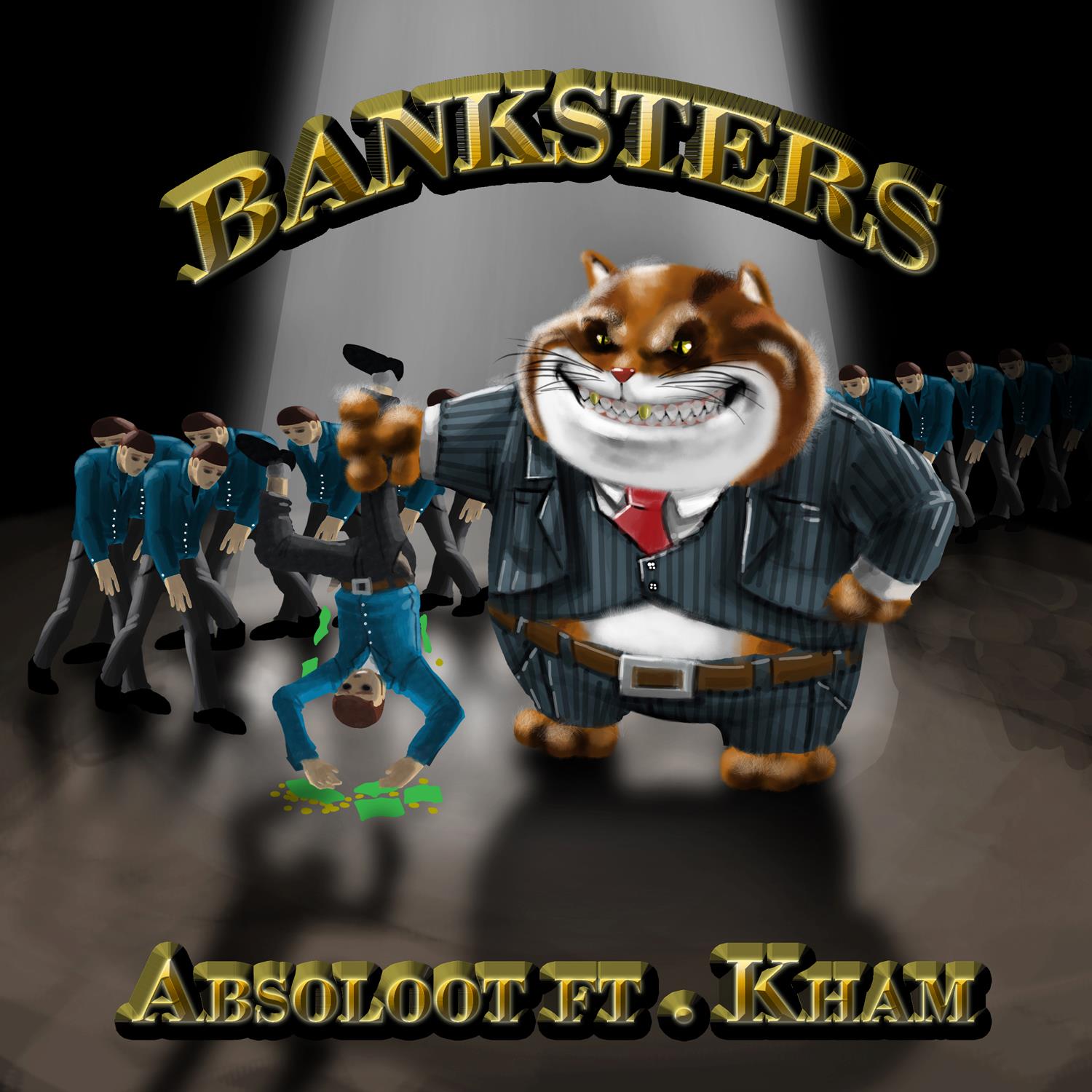 A true pleasure talking to this cat!  Absoloot is a solo-artist bent on educating through his dynamic rhymes, making them relative for the people just as much through the lyrics as the music makes you want to move.  We caught up with him recently, still promoting the hell out of the last album he put out, one we reviewed here a while back called Banksters. Some wicked answers here on the page that reflect a lot about the humble-nature of this insightful & innovative artist – check out what he had to say to us all! 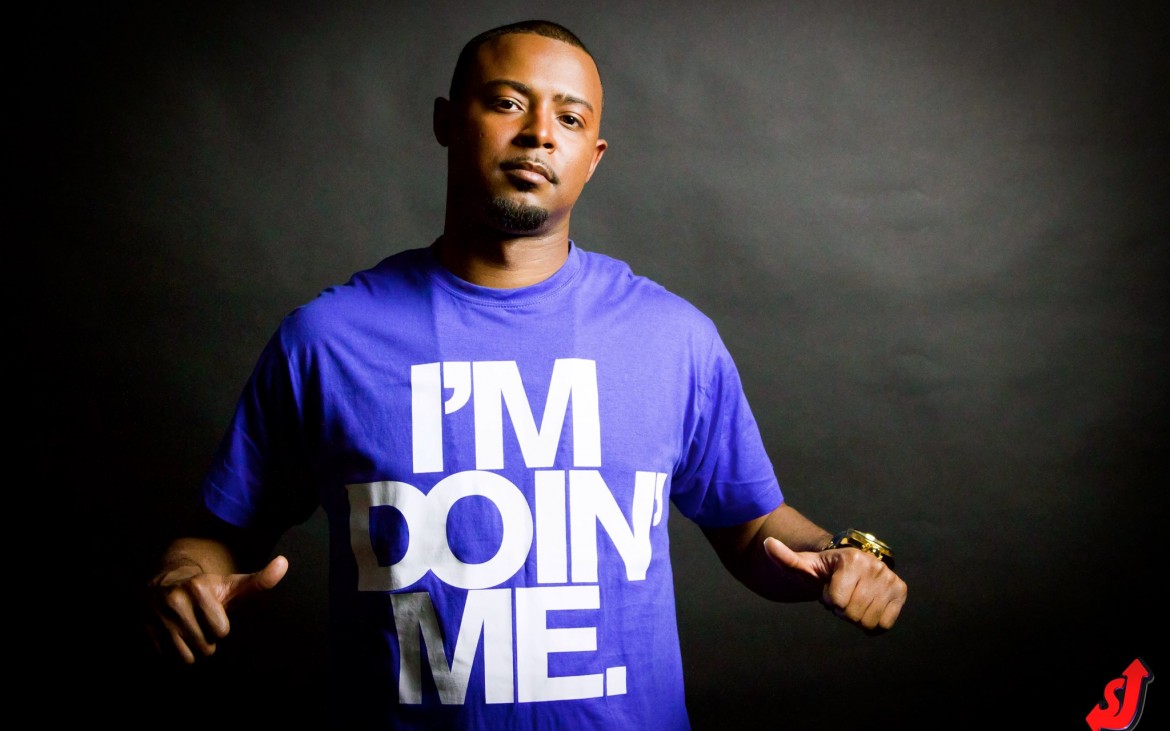 SBS:  Absoloot!  Homie!  What’s up brother!!  Great to have you back at our pages – totally appreciate you taking the time to talk to us all through this interview and let us know how it’s been going!  Last time we’d heard from you, you’d just released the album Banksters – that was about a year ago now…how has the reaction been?  What’s impressed or surprised you most about the reaction from the people towards the album?

Absoloot: What’s up man! Thanks so much for having me back. I’ve been extremely happy about the response we’ve received so far from the album Banksters. I knew people would be able to relate to some of the content on songs like Banksters and Keep Dreaming, but it’s an awesome feeling to actually hear why the songs mean so much to some people. When working on any project my goal is simply to write songs to the best of my ability so I’m always pleasantly surprised by people’s reaction.

SBS:  One of the great debates out there in music today is over how to actually go about releasing and supporting the songs…you know…whether to put out a full-length album, or release the songs as singles & such…  Clearly you went the album route by putting out Banksters, that much we know; but the other hot-button issue of this debate is once those songs are released, how much time do you spend supporting them – and the answers and theories are quite widespread and varied truthfully.  I’m not sure I really lean one way or the other just yet…I mean…on one hand you’ve got to make sure you spend some real quality time with your hard-work and effort…seems to me that you SHOULD probably spend at least SOME time with the music you worked so hard on right?  But on that other hand…in a world full of short attention-spans, binge-watching and quick-clicks…not releasing anything for a length of time longer than a month can get you potentially left behind these days…  What’s your theory on the timeline based on your experience with Banksters?  We’re here now…nearly a year later…is it time to start-up the process for the next album to come, or time to continue to promote the existing material further still?

Absoloot: Well I honestly feel every artist is much different when it comes to releasing music. It really depends on an artist fan base. My audience doesn’t have so much of a short attention span so that’s never really a worry for me. Think about it, I created an album about the economy. (laughs) I’m also still performing songs from my 2nd album I released in 2008. I try to make music people relate to so it’s not outdated simply because there’s a new trend within the industry.

SBS:  What did you learn from the recording process behind Banksters that will come in handy the next time you hit the studio?  Was there something in the process that you thought you could improve on when you thought about that next time out?  On a personal level – was there anything you felt like you could do on your own to be even more ready for that next recording when it’s time to hit the studio again?

Absoloot: I really didn’t do anything different than I normally do as far as recording. I did however feel more comfortable writing because I did so much research about the different topics we touched on. The whole process of recording this album was great. From beginning to end I consulted with my parents on every song and that’s what really make the process a lot of fun for me. My parents always give me a different perspective on things.

SBS:  When you recorded Banksters…obviously a lot of things went extremely RIGHT for you as well – we know that already, we reviewed the album and loved tons of what you did there – you already know that.  But what I want to know is…when you were in the studio…what was the like…I dunno…the ‘signal’ let’s say for when you had nailed the track as hard as it could ever be nailed and it was time to be done for the day?  Know what I mean?  I generally think we all know inside ourselves when we truly get it ‘right’ in our own performances…but were you able to see that in the other faces around you too?  That might not have even been a factor…maybe it’s your decision and your decision alone…  How did you know the songs were truly finished and ready to roll out on Banksters?

Absoloot: When it comes to getting the sound right that’s always left up to my dad. He pretty much takes all the songs through the mixing and mastering process. So when he gives it the OK then I know it’s ready to go.

SBS:  From what I recall – social commentary was a massive part of Banksters – in fact, you yourself as an artist, seem as if you have a lot to say & express through your music/art.  What in fact drives you to take on a role that’s maybe a little bigger than even the music itself…one that seems to aim & aspire to educate through the music you make?  Do I have that assumption correct about your music?

Absoloot: Yes you are absolutely correct! No pun intended. (Laughs) I feel everyone has a part to play in either helping or destroying the world around us. As you know I’m very involved in my community and I see how music directly affects our youth. So as an artist I always take this into consideration when I’m looking to create.

SBS:  When writing lyrics – what would you say is most important for you?  We’ll keep that question wide-open like that and add another – what is it that stands out to you in a beat that makes you know you want to work with it…what does the music have to have?

Absoloot: Honestly it really just depends on my mood. I like for the music to tell a story even before I begin writing. Sometimes I can hear a story being told within the music and as I begin writing it’s almost as if I’m narrating the story that’s already in the music. I’m sure that may be hard for some people to understand. (Laughs)

SBS:  Looking back on it all now…did you feel that the music you made on Banksters did enough to set you apart from the rest of what’s happening out there right now?  We’re all looking to become timeless through our music somehow…that those songs we write will hold up forever.  Twenty years from now…do you feel the material on Banksters will be strong enough & still relevant that far into the future?  Of course we’re all expecting a HELL YES…but really looking at it closely…from your own perspective…why or why-not?

Absoloot: HELL YES. (Laughs) I feel like most of the music I make is timeless because I make music people can relate to. I purposely avoid trying to create songs that sound like what’s on the radio at the time because that’s the quickest way to sound dated. On the album Banksters I spoke about everything from foreclosures to overcoming obstacles. In my opinion it was a well thought-out project.

SBS:  Word on the street is that you’re also on tour right now, and that you’re also going out again in March!  I like hearing that kind of busyness for an artist’s life/career…that’s gotta mean things are going well my friend!  What’s the biggest challenge you face when you’re out there on stage and touring from city to city playing different places each and every night?

Absoloot: Yes and huge thanks to the team at South Promo and former NBA player Keyon Dooling for making it all possible. I guess the hardest thing would be finding time to get other things done. For instance when I have so many dates to perform its hard getting time to do much needed interviews like this one or even finding the time to record. I’m usually on the radio at least 3 days out of the week on top of having a family as well. It can be exhausting but obviously well worth it.

SBS:  Crowds come in all different sizes and attitudes.  Sometimes when an artist or band steps on stage, they can already feel the atmosphere in the room and know what’s about to come at them.  Maybe the opening act was no good…and the people are sour…or maybe it all went as good as it could possibly go and they’re practically ready to give you a hug like they’re already yours to lose.  You never know, night after night, which I’m sure you’ve already experienced out there along the way somewhere at some point in time.  Tell us about those nights where it might not be so easy…where you have to rally the crowd and bring them into your world, your music and get them on your side.  Is it possible to swing the mood of the entire crowd in front of you if they’re already having a bad night?  How do you go about it?

Absoloot: That’s definitely a difficult thing to do. A lot of times when you have a difficult crowd you have to begin singling people out that you sense are feeling the music. If you’re able to get the attention of a few people you can turn a whole crowd around. I’ve had my share of working a difficult crowd and at first it took me a while to really understand how to change the mood at the time. At this point I’ve done enough shows to really understand the atmosphere in the audience before I even hit the stage.

SBS:  Alright brother – you made it to the end, the SBS ‘Open Floor’ whereby you can say anything else you’d like to, bring up anything else we didn’t cover here in the interview…or disperse some final knowledge-bombs on us all – all up to you, the floor is yours!  Thanks again dude – all the best!

Absoloot: Thanks so much!!! As you know I love the site and I greatly appreciate your time. I have a lot of people to thank so bear with me. (Laughs) Thanks to My mother and father, my wife and daughter Jackie and Olivia. My sister Cynthia Fuller and my brother Carl Robinson. Thanks to A4 Music Group, StrongArm Radio, Teddy T, DJ Sco, South Promo, Diva, Complete Media, K Slim, Kerron, Kenny, Emaculant, Jason Feirman, Beth, David, Robert, Robin, The Wolf Pakk, Jennifer Lo, Jessica Felix, K  da Truth, Lee and Ruby Williams, Joe Toliver, Keyon Dooling, D Flow, and all of Dooling enterprises.

Find out more about Absoloot at his official pages here: