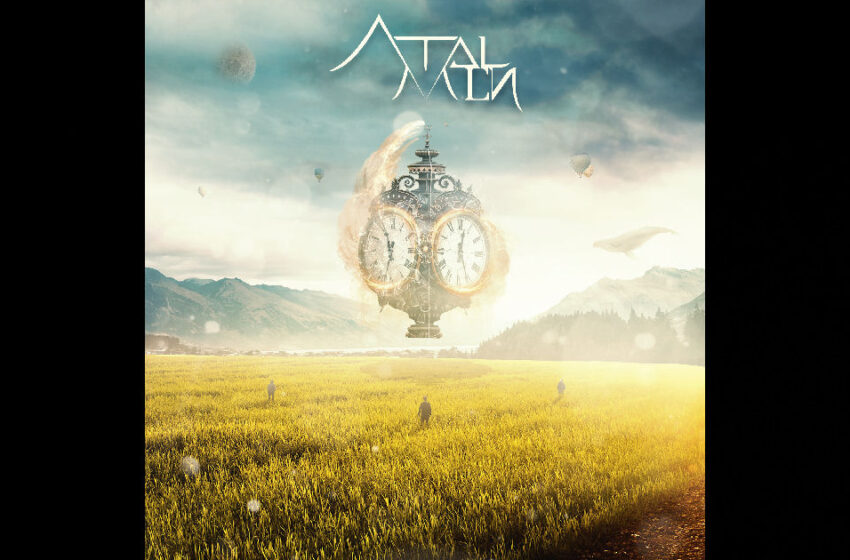 If you tuned into the most recent episode of the SBS Podcast, you’d have gotten yourself a sample dose of the avant-garde sound A Tal Men is rockin’ with over the course of a six-minute tune called “Mister” and heard all kinds of inventive & enthusiastic guitar-work over ye olde Blues/Rock standard bass/drums and a fearlessly adventurous spirit leading the way through it all.  No lie, it’s not gonna be the easiest track to absorb that we’ll play on our show this year, but A Tal Men also approaches music itself from a much different angle than most, making the experimental factor a regular part of what you can expect.  Essentially, expect the unexpected here…because who the heck knows where A Tal Men will go next…

For you audiophiles out there like myself, chances are you had no problem whatsoever digging into “Mister” at the end of the SBS Podcast the other day…maybe it was the perfect way to introduce this mysterious project that’s started up and bursting into the scene this year…and maybe you still need some more of the backstory to figure out what it was you just listened to in the midst of all that noise happenin’ in our show’s most recent finale.  This would make complete sense to me – what you likely heard was probably a little bit confusing to say the least; you’ve got moments on “Mister” where the guitars will do whatever the heck it is they wanna…you’ve got production that could still use some major sharpening up…you’ve got some innovative ideas mixed along with some standard base-tracks…you’ve got a whole lot of grating tones in amongst ones you won’t be able to get enough of, creating a push/pull dynamic pretty much unlike any other out there in a sense.  It’s like you’ll want to listen, because you can hear the creativity in A Tal Men…but admittedly, this band don’t make it all that easy.

What will certainly help you & likely anyone in listening to a track like “Mister” – what’ll get you to the heart of why it is the way it is, why it flows how it does, and why it sounds like it has no real borders or limits…is to know what the real intentions of A Tal Men truly are.  Personally, I salute the courage you’ll find in this project, regardless of how things do/don’t work out in any given tune; this band is about the journey as a whole, not only the end results – which does bring a different spin to the whole idea of critiquing the music as well.  Think of it this way – you ALL started somewhere – it’s just that most of you didn’t have the want, will, or desire to expose all those first steps towards the spotlight.  Half of you come out of the gate sounding like you’ve been in the music-scene for years – yet deep down, we all know that’s not the case; somewhere along the way, you tested the waters, you honed your skills, you refined your talent…and then you put your music out there like it had been ready to roll for years.  A Tal Men essentially takes the complete opposite approach from any other band you’ll find, hence on tracks like “Mister” and “Little Broken String” – yes, you will find many things that seem out of place or drift too far outside of the borders – but the reason that is, simply reflects the passionate beginnings and genuine desire to make music.  A Tal Men thrashes through the Blues with reckless abandon on “Mister,” cranking up the ol’ amplifiers to get that sweet crunch of distortion flowing – and whatever happens, happens.  At the end of the day, everything adds up to more experience, another chapter of this story, another part of the tale and legacy intended to be built over the years to come by A Tal Men.  Is there risk in this whole approach?  Absolutely!  Tons.  Perhaps more than in any other project, band or artist I can think of when it comes right down to it – it’s going to take many folks some serious convincing to come aboard this bandwagon and take the ride with A Tal Men.  Ain’t the band’s fault ultimately – it’s the way people listen to music; it’s hard enough already to get’em to listen to the most polished of tunes, let alone a project that’s more than willing to color outside the lines like this one is.  So while you’ll definitely find a ton of flashes of sonic brilliance in a track like “Mister,” or “Little Broken String” as well, you’ll also find a true measure of what kind of listener YOU are in the process.  Do you need everything to be bang on the beat & produced for the Top-40 – or are you listening for something altogether different?  Perhaps you’re like myself, getting out of bed each and every day, listening to something new and hoping to find something like you’ve never heard before – in which case, A Tal Men has got a lot in-store for ya, & as I mentioned on our show, they’re bound to keep us guessing over time.

I probably could have played either “Mister” or “Little Broken String on the SBS Podcast and still felt like either track would have given you a good enough sample of what A Tal Men is all about on a musical-level – but why not go with the six-minute tune over the three-minute one if we’re doing an introduction after all!?!  May as well let the music spin and get a good sample of what A Tal Men creates and let the people out there decide if it’s something they can get behind…that’s always gonna be the ultimate judge & jury anyhow – I’m really just one dude with an opinion & a website.  Even myself, who I’d absolutely consider to be an audiophile and spent years on record saying that my favorite music sounded exactly like a broken answering machine from the late 80s…I still had a hard time with a lot of this & trying to absorb it all.  Like say, the production on “Mister” – that was a bit on the raw side for sure…but I actually really did like what I heard in the mix of “Little Broken String” – but by contrast, I also liked the musical direction of “Mister” probably more than I did “Little Broken String” – so it became a bit tough overall to get all of what I was looking for from A Tal Men in any one tune from start to finish in that sense.  Like I’ve said, you get flashes of some extremely cool ideas, some jaw dropping textures & tones on both tunes, and hints of where this band could potentially go over the years to follow as it continues to enlist new players from out there far & wide to contribute to an ongoing record – an audible diary or journal of sorts to chronicle the JOURNEY folks – called Perfect Infinity.  At the end of the day, all I can ever tell ya is what I know, as limited as that truly may be – and if there’s one thing I might know more about than how I personally listen to music, it’s how the people out there do & what they’re capable of handling en masse.  I ain’t gonna lie to ya – the assessment isn’t all that fantastic…people are very sheltered when it comes to what they’ll listen to, and I have zero doubt about A Tal Men being an extremely tall ask of most listeners out there when it comes right down to it.  That being said, those out there that are actively seeking out something different, something unique, and a totally different approach than so many others you’ll find out there in the music-scene, A Tal Men is going to supply that in spades, and you’ll never be able to predict what might be coming next.  It’ll be interesting to hear where this project goes in the future to say the least…for now, I’m still onboard with the concept & ideas driving the heart of A Tal Men and willing to ride this out to see where it takes us.