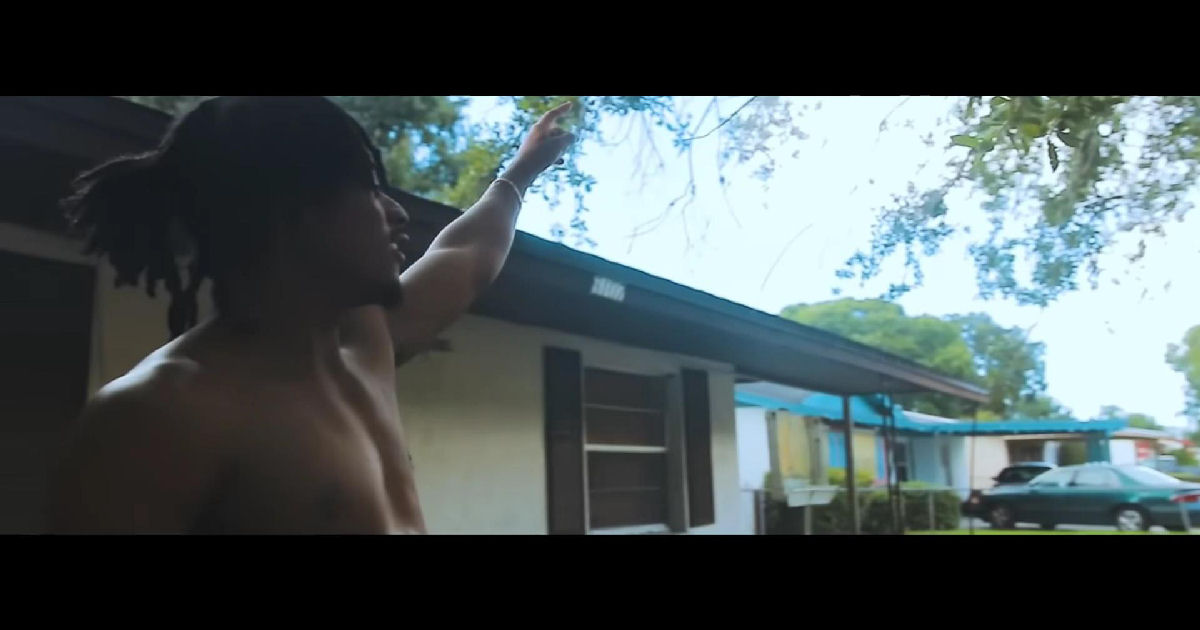 If you wanna glimpse into how real this first experience with 00Guwap is gonna be for ya – check out this quote right from this emcee’s page at Facebook – it reads:  “This the Introduction to my rebirth…the old me died in that jail cell.”  Good to see the man on the right side of the bars and surging forward in his career in all the right ways as he sets forth to bust up the rest of what’s left in 2018 and bang on in 2019.  From what it seems like in this first video, impression, and cut you’ll hear from 00Guwap, we’re gonna get a full dose of what he’s been through, where he’s come from, and where he’s going now in a real-life story on the m-i-c that starts getting detailed for us all to hear as of now with “00G (Intro).”  While he’s no doubt been through & seen some shit in his time – he’s also had the opportunity to reinvent himself now as a verifiable force in the Rap game, & that’s exactly the point where we find him at today.

So believe it – this story’s just gettin’ started with the “00G (Intro)” and 00Guwap is coming to claim his spot in your speakers worldwide, representing the 00Gang and his own home-base out of Sarasota, Florida – aka “The Gunshine State.”  Dude’s got a solid chance at charting a whole new course for himself now – 00Guwap’s got rhythmic bars and precision flow that shows he’s got the skills to go pro – and even onscreen in the video you’ll see he’s got that X-factor that just makes the guy entertaining to watch as well, you dig?  What he’s rappin’ about and the way he’s rappin’ bout it all is what makes his lyrics connect – it’s more than just mere words, you can tell he’s put the truth into this tale and basing this off what’s real in the actual life he’s been leadin’ homies.  And that’s definitely gonna take you into more than a few situations he’ll run into with the ladies out there as well…00Guwap has had access to quite the variety from the details he’ll fill you in on in the words of this “00G (Intro)” – so turn it up & listen up – and you’ll get to know this emcee real well in this first taste of what the man is capable of.  Dude’s tired of “starvin’ in the trenches” and he’s ready to take what’s his; money, music, ladies – 00Guwap is building his empire from the ground up.

We’ll be spinning this video on the next episode of SBS Live This Week as well over the holidays, you know, just to make sure no one out there is caught sleepin’ on the rise of 00Guwap – so be ready for that too!

Until then, find out more about 00Guwap at the official pages below!