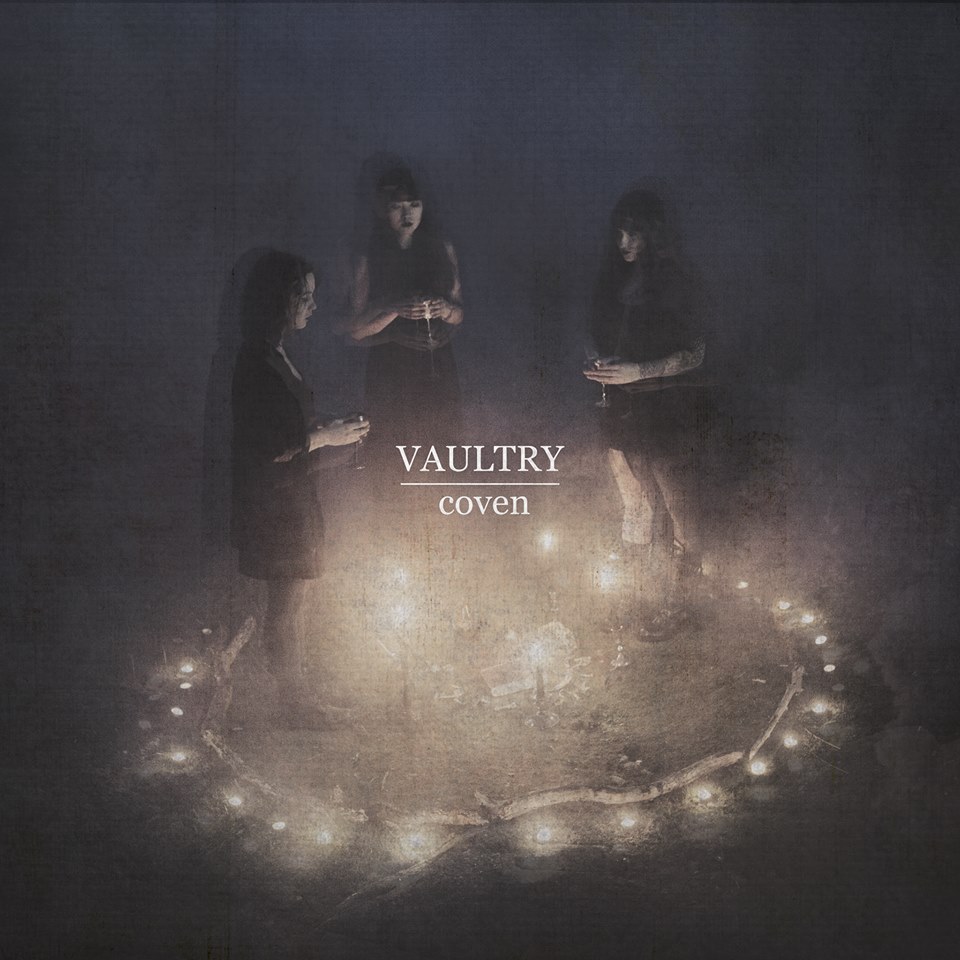 Canadian-based band Vaultry has put out a punishing set of four new songs on their latest EP, Coven. Tightly played, expertly assembled, written and produced – this is extremely well-thought-out material that draws from aggression, melody and truly impressive instincts that lead to wildly-dynamic songs on this record that brutally twist you from side to side like you’re the head attached to the neck of Linda Blair. A compliment I’m sure they’d accept with pride; much of Vaultry’s music and lyrics are buried six-feet-under in amongst the dirt, grime and layers of human bones. The lurking presence of horror-themed music ravages through Coven…like a warning of imminent doom…screamed straight at your face…

The opening guitar-tones of “Walls” were enough to capture my interest immediately. From what I’ve researched and read – things are going to get LOUD – but they don’t start that way! Drifting into “Walls,” the intro is expanded and spread out…whispers and swirls float along in the background for over a minute before the drums come in alongside the vocals. Lead vocalist Leith Hynds is a spectacular find – this guy really brings the pain to the microphone through the words and his maniacal-approach; he’s the human equivalent of the atom-bomb ready to burst at any moment of frantic-instability – but it’s the control he flexes in his snarling aggression and tortured-screamings that makes them truly impressive. The emotion is stabbed deeply within “Walls” throughout the tone & mood, the lyrics and forlorn melody of the guitars…and as it ticks past the two-minute mark begins to fully expand and explode with lyrically thought-provoking words flying through the air like shrapnel, burying deep into your brain. It’s the kind of music made with such convincing emotion that you FEEL it…and it might HURT sometimes but goddamn it – it’s music made like this that can really begin to make a walking-zombie like me feel alive again.

“Misanthropic” mixes a rad amount of indie-angst with all-out brutal, storming aggression – and it flips the switch immediately.   Massively powerful chorus vocally…you can hear this takes Hynds straight to the edge of his lung capacity and these words come out desperately, but with a confident vengeance. Excellent drums pound out double-kick beat and speedy, precision hits as “Misanthropic” becomes a formidable beast, building upon its every moment like a wildfire spreads through a forest in summer. Complete with a gentle piano at its end to once again keep the sounds coming at us all unexpectedly and with fantastic diversity for what you honestly might at first have assumed to have only been rage and noise from Vaultry.

I mean…don’t get me wrong…the rage and the noise are definitely there en masse! But there is an insurmountable stockpile of depth that lies just beneath its menacing surface…

If I had to cite any comparison to what Vaultry sounds like on “Ligeia” – I’d most likely compare it to what’s been coming out from Vancouver’s own ‘goddamn dirty grunge’ from Fey. Featuring James Sadek assisting on the vocals…”Ligeia” gets all-kinds of dank & dirty; equal parts of complex-construction, stuttered-timings and sonically HUGE in their song-writing – this punishing track is certainly an example of this band putting the audio-napalm to work. With gigantic, edgy guitar-chops that are similar to what you’ll find in Quicksand, Failure or Chevelle…but all approached with bigger, badder, meaner & more menacing teeth. Quicksand/Failure aside…Vaultry is largely the audio-image & sound that Chevelle has always WISHED they could be. “Ligeia” is harder-than-hard…the brutal-grind of this track punches through steel in the chorus and the vocals have never spit so much vitriol & venom directly into the mic – Hynds is at his focused manically-insane-best here and yells with such ferocity that it could easily scare the shit out of the kids over five-towns or cities away. The drums rapid-fire beats towards the end of “Ligeia” – and though it brings the end up to epic-proportions – this track fully fucking rocks the entire way through…no denying that.

Ending the Coven EP with “Said The Owl To The Vulture” – Vaultry puts one more steaming-hot audio-punch into your speakers. The structure of this final tune heads to corners of all genres…beginning hard, finding a more alternative-grind/harmonies…breaking down completely and letting the song nearly collapse completely before bringing it back for one final rip through the chorus; another powerful anthem and sharp set of hooks – the emotionally captivating deliverance from Hynds has truly brought out the best in these songs and really made the music work in every moment. Both in effort to keep up, and full-on catching the inspiration of the passionate approach – every member in Vaultry pulls a massive amount of heavy weight successfully – the Coven EP packs a massive punch and delivers your ears the impact they deserve. I already can’t wait to hear what this band comes up with next – this entire EP was rad as fuck. 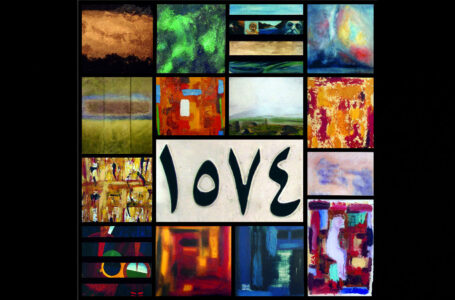