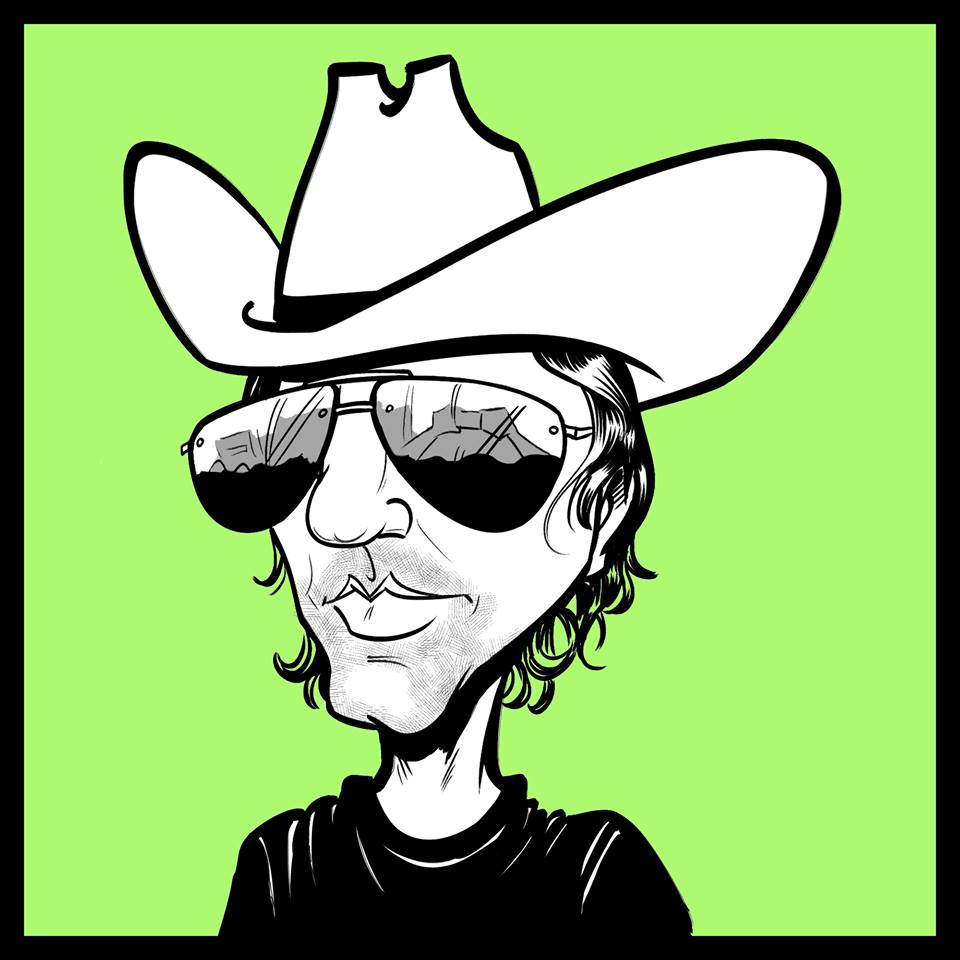 Typically…I’d be the last person to ever say you should let your music or career rest on the strength of a gimmick; but with that being said, if you ARE going to, this might be the route to go. Did you realize that there is actually a real fucking ghost that makes the music of The Ghost Of Brooklyn? Yeah – that’s right, you read this correctly dear readers. You can do as much research as you like but you won’t find a living soul or ‘real’ person attached to any of the music of The Ghost Of Brooklyn; because ghosts are real – and apparently they dig on making new tunes! For the faint of heart of cautious of the paranormal, fret not…for this particular ghost packs about as much fear into a person’s soul as Casper would…

For the most part, you’ll experience harmless, pleasant pop/rock; this is indeed a friendly ghost.

There are a lot of good ideas on display through The Ghost’s channel. I personally got lost right into the sound of a performance The Ghost Of Brooklyn put on during Halloween of 2014…it’s a seriously addicting sound once you get it going, and this in particular just sounds like one of those live-sets where everything went RIGHT. The filters on the vocals make it sound like it’s actually the ghost of the Beach Boys all singing into one mic, harmonies fill the sound on the constant with a warm & inviting tone. The songs are completely catchy, have hooks aplenty and are played with an audible-joy to much applause.

You can also get the studio versions of many of these songs as The Ghost Of Brooklyn puts some smoothness on his sound for a 9-song full album recorded in one take back in April 2014. One take? Jesus – I want MY music to come out this good on one take! “Simple Soul” sounds great through the studio version and starts the adventure into the life of a studio ghost through this beautiful pop-inspired rock tune. The signature filtered & effect-laden vocals still fill the air, speakers and sound with the music keeps the beat; nothing’s over-complicated, it’s all simple & straightforward and completely easy to digest and enjoy on repeat.

There is an incredibly indie-aspect of what The Ghost Of Brooklyn writes musically. Fans of bands like Sparklehorse, MGMT, Spoon or even The Arcade Fire will find a way in easily to this music. The Ghost even has his own kind of like…early R.E.M.-thing going on, which I absolutely love (obviously, you know that about me by now…) on cuts like “Nineteen Eighty.” Towards the end it even borrows from Billy Idol’s “Dancing With Myself” in an interesting melodic-twist, it’s an innovation that worked well.

There’s also a moment earlier on in the album where I had to stop and get my Google-on. When “Coney Island Baby” came on I had to have a look to see if this was an original or a cover. Did you know that there’s about five or so songs called “Coney Island Baby” out there? Cause I didn’t. And this one from The Ghost Of Brooklyn isn’t any of those that I could see.

Did I check out The Ghost’s idea of whatever ‘children’s music’ might be? Of COURSE I did. Most of the information I can take in on any given day is often best communicated to me like you would to a four-year old anyhow…so this isn’t too far removed from where I’m at…

In all honesty though, it’s cute stuff and it works very well with the signature-sound of The Ghost Of Brooklyn. It’s also interesting…this moonlit-foray into kid’s tunes…the performance obviously becomes much more childlike, approachable and playful…but it seems every bit as legitimate as what The Ghost has pulled off on his non-children-ish tunes. Displaying an adaptation that could lead to two separate careers in different areas of music entirely – The Ghost Of Brooklyn can clearly make music that will captivate their ears & imagination for people of any age.

All in all…might be a little strange to experience music made from beyond the grave but living amongst us here in the present…but there you go. I dig the pleasant vibe, the good-nature of the songs and the genuine love for making music that radiates clearly from the music of The Ghost Of Brooklyn. It has the real-sound of togetherness and you can absolutely hear how this signature-style and sound would instantly fill a room full of people all having a great time and singing along.

Find out more about The Ghost Of Brooklyn right here at Facebook: https://www.facebook.com/brooklynghost