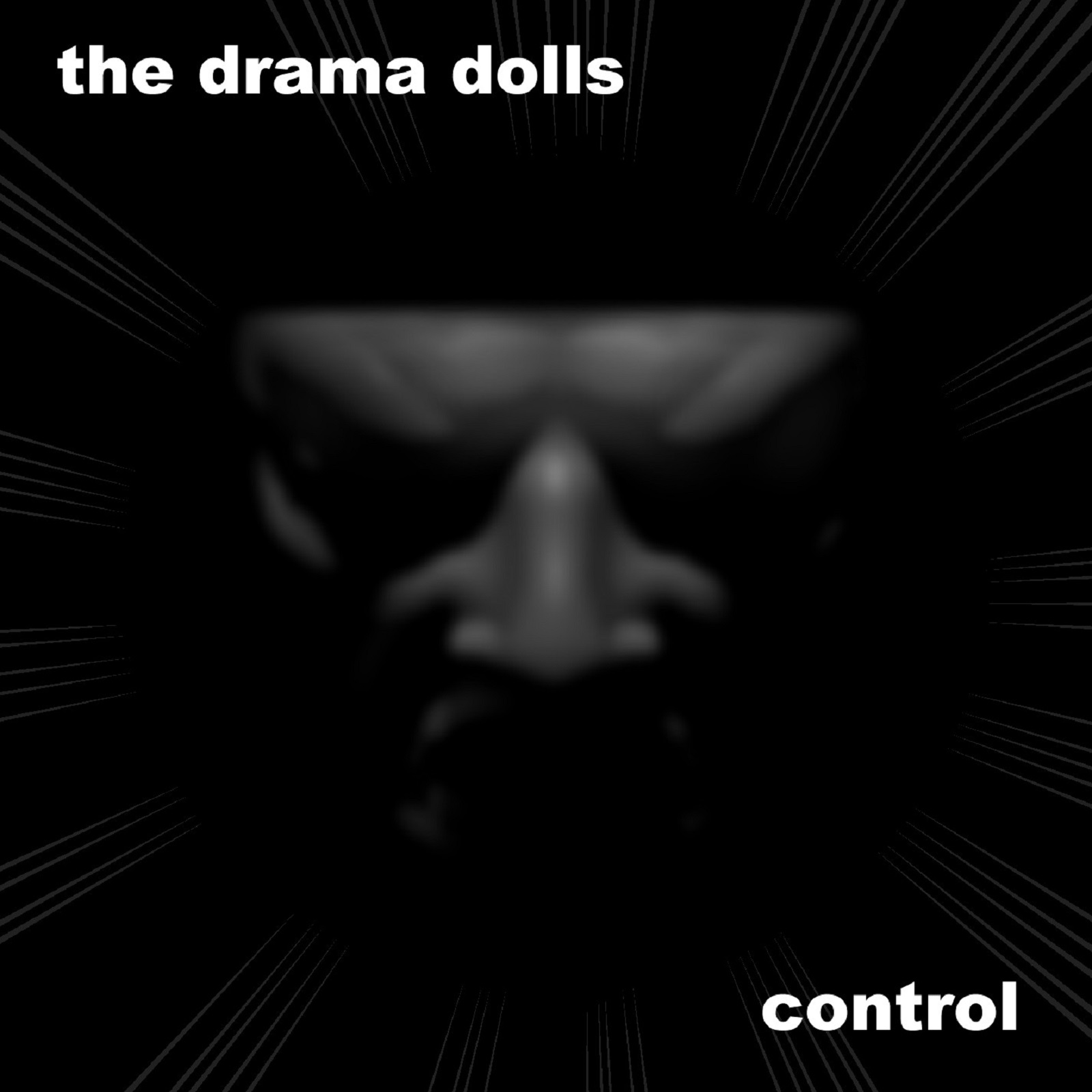 In perhaps the best overall song/performance I’ve heard from The Drama Dolls up to this point in time – I gotta say…definitely seems like they’re not only on the right path but it also sounds like they’re ready to completely blaze their own trail on the new single “Control.” I’ve always been impressed by the music from The Drama Dolls camp…we reviewed the EP “The Sublime Art Of Self-Importance” not all that long ago; and having talked loosely with Mike Cambridge their lead song-writer over this past year – I can also tell you that the writing itself has never stopped…this band is determined and rightly so!

Gathered from an online assembly of musical-talent…in addition to Mike (Guitars, Bass, Drums, Production, Mixing) he’s joined by Agatha (Keyboards, Sound FX, Engineering), Jon Wright as a guest on guitar and familiar voice to the vocals of The Drama Dolls – Chris Hodges up front. I don’t know if I’m crazy in reading all that information, hearing the song and thinking that maybe Agatha might be missing herself a credit as a backup vocalist? I’m positive I hear her in there…so I’m giving her a credit on this song right here & now…Mike, you can send the lawyers in the limos over if I’m wrong…

A cleverly-written tune as I’ve come to expect both musically and lyrically…Mike and his team of talented cohorts pull this one off perfectly; dealing with all the elements and aspects of “Control” and what we do/don’t have within our grasp of that control in our own lives and the resulting push/pull of the frustration that comes along with all that. Or at least that’s how I feel about control…or lack thereof…I think we all look for it somewhat in life, or need it…and in some cases perhaps even have it. Not me…and from what I can gather from the lyrics, possibly not Mike either. We deal with life as it comes at us…and that understanding of control is certainly there, though the possibility of attaining it seems often to be outside of our grasp.

I’ve got theories of all kinds…you know that already. BUT…while I’m here talking about The Drama Dolls with you…I should mention that I WILL be sharing more of those theories and talking more about the band on the upcoming episode of SBS Live This Week! We’ll be spinning the new video for “Control” and letting you in on some more info about The Drama Dolls – so make sure to check that out when we post up the new episode on Dec. 11th here at the homepage!

Sorry…got ahead of myself…that’s the future and we’re in the present here & now! What I’m loving about this new tune in particular…let’s see if I can decode my own laundry-list of reasons why here…

The drums…probably what impressed me most on the first listen-through. Then I’d probably go with the vocals…Chris is killing it here on “Control.” Then I honestly noticed the backing harmonies and how well they were working…and the atmospheric & melodic breakdown just past the two-minute mark…then the lyrics began to pop-out more and more as I continually ate-up and stuffed this track into my face. “Control” has a fantastic and frantic feel to it all…that struggle for “Control” is perfectly amplified through the music and lyrics continually matching their energy as well as they do. Keeping that familiar groove, smooth flow & real-roll through the rock-induced sounds of The Drama Dolls…there’s more than enough cohesion and defining style here to completely know this is a part of their ongoing catalog and instantly recognizable to their sound. That of itself is quite unique in the sense that the line-up hasn’t always been static…but Mike Cambridge…aka ‘the glue that holds it all together’ definitely knows exactly how to shape, form and continually evolve and develop The Drama Dolls sound into something new and exciting without taking out what you’ve enjoyed from their music in the past. He’s building something special here…and as it all bonds-tighter and gains that familiarity of experience in their making music together…you start to get excellent, stellar results like this on “Control.”

I mean…I can’t lie to you people…I’ve talked with Mike enough to know just how important his music is to him…and how important it is to get it RIGHT. What I appreciate more than anything else…is that the music itself has never let me know that. While it’s notoriously meticulous in its behind-the-scenes stages…the finished product sounds smooth, natural, perfectly-played and still ripe with passion. Essentially…the difference between truly knowing the material versus bands that attempt to ‘wing it’ or skimp on their pre-production before heading out to the studio to officially record. Nothing but professionalism here in The Drama Dolls…but most impressively…the music always remains sounding bold & bright through its production and never sounds forced, pretentious or out of sorts. Tight as you can ask for in alternative/pop/rock and ideas that spread-out, evolve and truly entertain.

I’ll prove it to you! Make sure to check out that episode of SBS Live This Week on December 11th to find out more about The Drama Dolls and get a full look at the extended version/video of “Control” when we put’em in the ol’ spotlight and get you some more details on the band & what they’re up to – see you there!