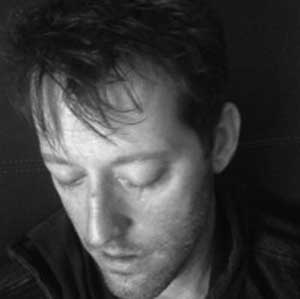 Right on…I like dealing with people that have some SENSE! I mean…to think…for a moment there, errr, well…several years really…the songs on VCR were sitting on a SHELF somewhere, just waiting for an update and that inspirational spark from their creator to truly bring them to life and put them out into the world. And if that was the case…I’d feel the polar-opposite about STV…or, well…I guess I wouldn’t have any feeling about him one way or the other as I wouldn’t have any music…but you get the idea; the point is how completely delightful it is to deal with STV now that he’s come to his senses! The songs and melodies on VCR absolutely warrant their existence…I’m kinda shocked really to read the legend about how this album nearly didn’t get put out there…this music is truly fantastic.

“Surburban Function” sounds like the audio-form of a summertime lemonade. Sweet xylophone sounds play against the rhythms of warm acoustic-guitars and smooth vocals from STV, the melody and groove are both prevalent right away, as are the beautiful ideas in the harmonies. STV starts VCR up right…this beginning is charming really – “Suburban Function” sits somewhere in the middle of music like Bon Iver and Better Than Ezra; as in, it has a lot of skill & melody but it also has a playful vibe to it…it’s music that makes you WANT to hear what’s coming next.

Bringing it to a little more of a serious tone on “Love Is A Wild Bird,” part of me wonders how much confidence originally played a part in STV almost not continuing on. I can hear that he might question the vocal-ability of himself…but I honestly think if he is questioning that talent, he’s insane. STV’s genuine approach to the sound is refreshing and has a wonderful texture to it…real…gritty but never loses its tenderness and ability to sink right into the rhythm and melody of the music he’s created. There’s a real song-writer’s spirit and feel to “Love Is A Wild Bird.”

Sounds that I hear in a song like “Good Morning New Day” are exciting to me…STV is doing something ultra-cool here…so sleek that the extra smoothness & style put into the verse sounds natural…but it’s the chorus that displays even more brilliance. The contrast of the lead-vocals with a falsetto-layer overtop…ha! I’d bet the first time you’ll hear it you’ll think I’ve lost my mind again…and that might last until the second time you hear it and you realize just how powerful this hook really is. Like taking Mark Lanegan to guest-star on a U2 track…this is one rad melody from the music, but the level of the song as a whole is once again raised-up through an innovative and creative performance from STV on the microphone. “Good Morning New Day” is a gorgeous idea brought to vibrant life.

“Let The Rain Pour Down” might throw you for a second or two and have you believe STV might launch into an inventive rendition of “Stand By Me” through the chord progressions of the opening verse – but once again, the song becomes so much more. “Let The Rain Pour Down” really finds an emotional tone; the simple beat and effective lead-guitar are all minimal but the atmosphere in this song is a fantastic strain. As it leads into the subtle beginnings of “Moonlight In Your Hands” I started to feel a comparison to some of the truly melodic indies out there like Sparklehorse or even Soul Asylum when they released Grave Dancers Union – a great album that was made with the intent of BEING a great album…its popularity tends to water-down the contribution they made on that record. “Moonlight In Your Hands” reminded me of their songs “New World” crossed with “The Sun Maid” – of course the song itself sounds completely different…but there’s a similar innocence to all of these melodies that I dig.

“Wheels Of My Love” wasn’t my absolute favourite by a considerable margin, but it’s just as well-executed through the performance and production. Perhaps just not my favourite set of lyrics from STV…there are a few lines I felt could have been stronger, or written to do something a little more different. That being said, it’s a completely inoffensive song; still has great melody but the simplified beat/acoustic-guitar combo doesn’t quite find the solidarity and cohesiveness that some of the others have so far on VCR.

As “Rock Stars Don’t Die” begins I feel compelled to make sure to tell you that there is a LOT more in the tank for STV; not just on this song, but in total. VCR is one of three planned releases, to be followed up by albums SOS and FIN – so it would seem that STV is not only back, but hopefully here to stay for a while. “Rock Stars Don’t Die.” As this song plays through, I can only hope that is truly the case…a song-writer like this should not be sitting on the shelf waiting for his turn – his time is NOW. “Rock Stars Don’t Die” starts a little standardly as it begins, but the payoff is truly in its final awe-inspiring minute; STV delivers a massive performance here at the end of the song in a memorable highlight for sure.

Dude is creative…there’s no doubt. IF…for some reason you DO still have doubts…then listen to “Ouch Don’t Touch.” What a track! This is as bizarre of a melody as something like “Beetles” popping up in the midst of the Richard D. James album from Aphex Twin! Really cool though…if anything, maybe a tad long…but otherwise, it’s an inventive melody that incorporates all kinds of clever weirdness to make it work. And it does. You might not find “Ouch Don’t Touch” hitting your local airwaves anytime soon, but there’s a place for it on the stereos of weirdos like me out there in many places…this I know.

Recalling a more melodic-version of David Bowie for the final tune, “Here’s A Song” – the music plays with a lot more indie-folk sound to it than he ever went for, but I think you’ll hear what I hear. There is something classic-sounding to this ending to VCR…maybe closer to Scott Weiland in his lighter-side moments like on “I Got You” on Stone Temple Pilots No. 4 album. I dig how this last tune really leaves it to STV entirely…just guitar and vocals…and once again the dude just nails his melody and idea completely to end the album with another gentle, tender & invitational song as warm as how it all began.

Absolutely looking forward to the follow-up albums from STV…knowing this guy is still out there and not abandoning these songs improves my world, no bullshit. I’d hate to know just how many people might be out there in the same position as STV once was…sitting on a whole bunch of audio-gold and wondering when, how or where to put it all out. Doesn’t matter – just do it! We all say a million times throughout interviews that even if ONE person is out there listening, it makes it all worthwhile. STV may or may not capture the world’s attention…hopefully that never mattered and never does; he’s certainly caught mine attention and interest…and he’s got me listening 100% – I’m a big fan of STV’s VCR.