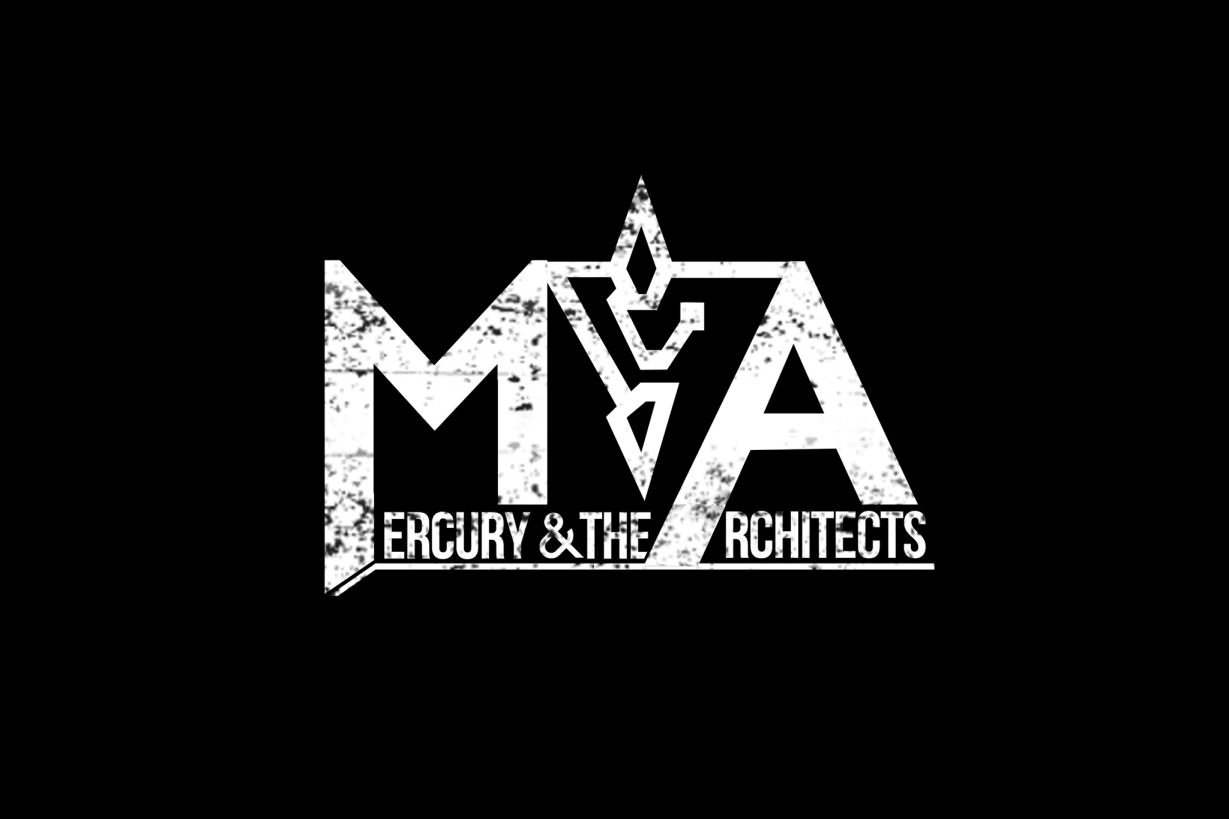 We’re beginning to develop a semi-regular cast of characters here at the pages of sleepingbagstudios…anyone else noticing that? Mercury & The Architects first appeared on our pages with the lead single from their soon-to-be-released self-titled EP called “Philosophy Of Hope” which appears in the middle of their full set of five. With confident & solid performances by TJ Mercury and singer Christina Maia, they managed to impress not just us here at SBS, but many around the world with that first release and we’re definitely excited to have them back again for a review today on the full EP.

Starting out with “Poet And The Beast” sets the stage for the energy and mood of TJ Mercury and his army of musical cohorts. A largely internalized story of the struggle to break out and let his voice be heard, Mercury describes the battle he’s gone through to be able to spit these intense words into the microphone. It’s a great title…”Poet And The Beast,” and if I’m getting it right, they’re kind of one and the same…the poet inside him led to the beast inside him that came calling for him to use his skills instead of just let them sit on the shelf and wasted. The energy of the song matches the tale and build-up of the story itself with moments of calm and moments of intensely-emotional delivery that comes from a REAL place – you can tell Mercury is feeling every inch of this opening cut.

With a piano-led intro accompanied by MASSIVE drumbeats that sound like thunder, “Life We Found” has a subtle beginning that eventually becomes completely a-cappella before the beat kicks right in. Smart decisions in the writing here as it lets a lot of the elements in both the music and the vocals take their own turns in the spotlight before that beat really kicks in for real and Mercury & The Architects flip the switch and find that second gear. The backup vocals of Maia compliment was Mercury does extremely well as the drums continue to thunder away; whether bringing the energy up to match the intensity of the beat or mellowing out to bring out the melody, “Life We Found” is fantastically dynamic and really well put together.

I’ll say this about the single, “Philosophy Of Hope:” sometimes I just put music on without really thinking about it…you know…without making the associations I should…until the moment happens… You know, the moment where you hear something that made an impact on you in a memorable way but can’t quite place it. As I put this EP on the first time, my brain didn’t actually make the connection until “Philosophy Of Hope” came on, and then it was unmistakable. This track is still massively inspirational in its tone, build & atmosphere…I’ll put it to you this way – until I was sure that I had in fact reviewed the song before on its own, I was half-convinced I was listening to a cover-song adapted out of the mainstream. The combination of talent on “Philosophy Of Hope” is 100% professional and audibly passionate, assembled & delivered with a tremendous focus and high-level of skill from all involved. Check out what else I had to say about “Philosophy Of Hope” on its own in-depth from our previous review.

I really feel like I got from the first two songs, what could be logically implied from “Philosophy Of Hope.” Like, as in…when considering the sound, tone & mood of “Philosophy Of Hope,” it seems only natural that songs like “Poet And The Beast” and “Life We Found” would be on the EP…very similar vibes, themes and direction with a cohesive element that really ties them all in together.

So what the HELL happened after that?

I mean that in the best of possible ways. As much as I enjoyed the first three songs, it’s actually a pretty nice problem to have when the music you’re listening to wants to continually raise its game level upon level right to the very end of the experience. And that’s exactly what we have here on this self-titled EP. I don’t want to accuse Mercury & The Architects of holding out, but holy hot-damn! These final two songs really find new energy and direction for the music & melody and really focused a lot on the actual singing within this band as well as the rap & music. Mercury himself has found a fantastic vocal-flow, the music is massive, and Maia is at her best with a perfect melody to support.

“Tonight” seemed to find that third & final gear for the band to switch into, and they carry the incredible energy into the last song, “The Architect.” The social commentary in this song is nothing short of amazing…there’s some truly brilliant lyricism on display from Mercury here on the EP, but none more brilliant than the final set you’ll find on “The Architect.” I’m a huge fan of the way he’s singing this song…but I can’t help but relate to the things he’s rhyming about in this song…a lot of what I personally believe is embedded deeply into the roots of the words, it’s made for a truly inspiring listen.

Regardless…I’d absolutely cite “The Architect” as the complete standout that it IS. Rapidly switching between genuine emotion and massively emphatic energy in the music, it’s almost bizarre how well this last cut really does come together. Mercury & The Architects have done the perfect job of leaving us with their absolute best in this memorable highlight at the EP’s very end with this inspirational track that once again represents the real freedom we can find within music and our lives.

Find out more about them from their official page at: http://www.mercuryandthearchitects.com