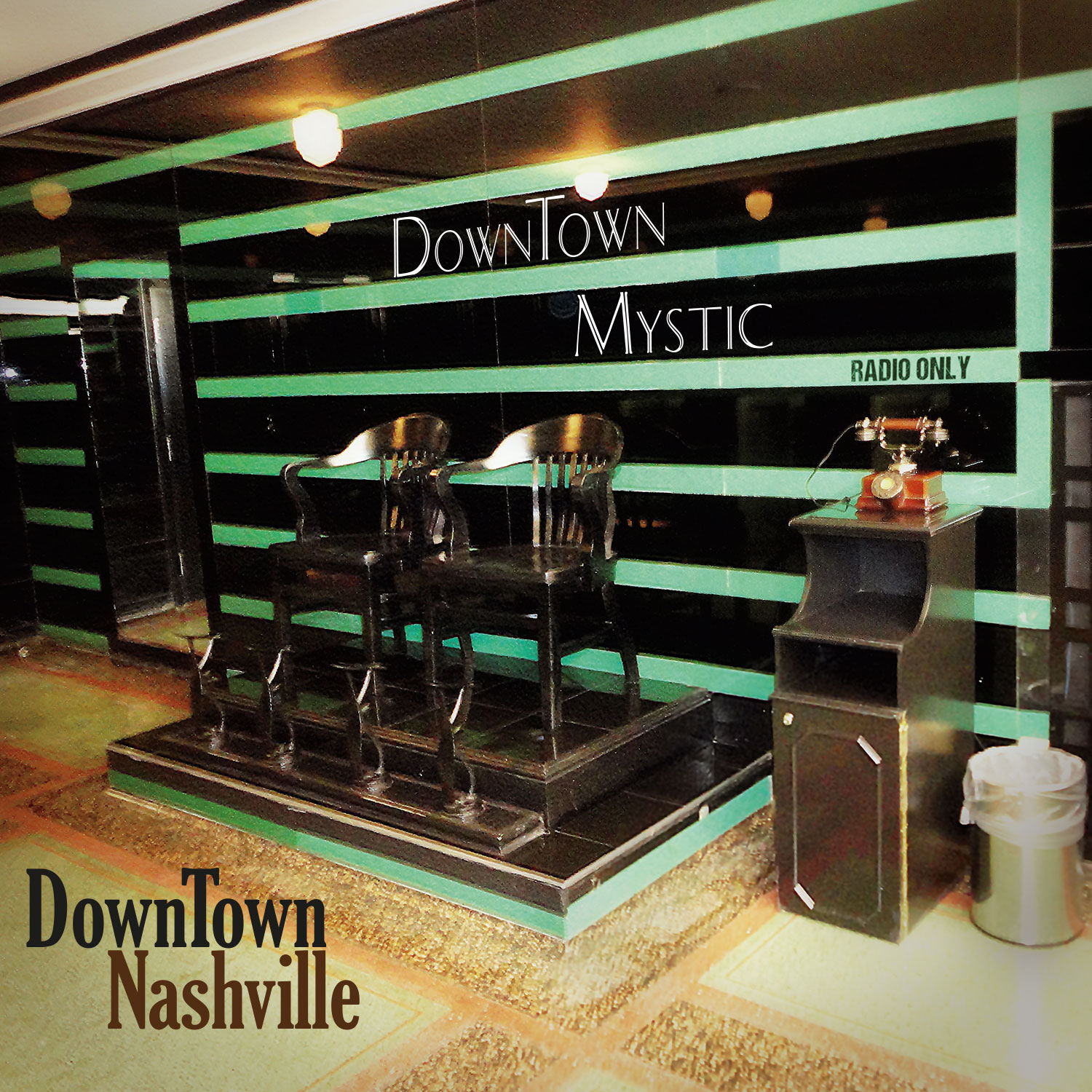 There’s definitely a classic-sound to DownTown Mystic that I can appreciate.  Stemming from the vibrant sounds of the late 70’s through to the 80’s, this band reminds me a lot of bands like Chicago, Chilliwack, Doug And The Slugs, Todd Rundgren…that era of music where the musicianship was all taken seriously and emotion was poured into every ounce of the writing to the point where its cup had begun to runneth right over.  Sometimes it would come out as sincere & light-hearted through the sound of the tones, but quite often dealing with the hardships and feelings we can all relate to through the lyrics – and I think a lot of that holds true for DownTown Mystic here too.  The music is well-played, well-written and well-produced…but sometimes even listening to a flawless record can still leave you scratching the head in wonder what might leave you with the impact the writing deserves.

And in that sense, DownTown Mystic is of course in for nothing but an uphill battle.  You’re not about to hear anything ‘new’ on DownTown Nashville so much as you’re about to hear some really well-made songs.  That’s not any groundbreaking information…I’m not telling DownTown Mystic anything new in my saying that; they’d already know this for certain.  They’ve clearly chosen to stick closely to their style of sweetened Americana/Rock and the very reason it all ends up sounding as tight as it does is certainly due to the fact that this direction of music is a completely conscious-choice.  DownTown Mystic isn’t here to reinvent the wheel so much as they are here to roll along smoothly on the highway, speeding with the top-down cranking up the music they make…which is perfect for that occasion.

It can be a little tougher to review when the sounds you’re hearing remind you of so much of music’s past…but by that same token, a lot of the songs from DownTown Mystic become naturally invitational in their sound and quickly impressive to the ears.  The well-played rhythms and groove of the opening track “Sometimes Wrong” gives you a hint at the great combination of guitars, drums, bass and vocals that these guys can achieve.  “Sometimes Wrong” plays at a reliable, solid & dance-like tempo…you can hear that DownTown Mystic would absolutely kill it at the bar and that a song like this really does a great job in setting the pace and tone for what might follow.  And like many beginnings to any experience – I think they’ve let on to some of their best qualities and attributes without giving away the entire plotline of the story in “Sometimes Wrong” – there’s still plenty more in store over the rest of the EP and from DownTown Mystic to come.

Like, take the solo-work from the guitars on “Rise And Fall,” or the harmonies for example…both of these play a role in the first-song as well, but they’re much more pronounced and prevalent here in this second-tune.  Still has that slightly-danceable tempo to it…still straddles that fine-line between Rock & Soft-Rock; DownTown Mystic isn’t going to dominate the sounds you’ll hear overtop of the dentist’s drill sitting in the office-chair…you’re not going to hear them in the elevator…YET.  And I only say ‘yet’ as a warning to the band, or a prodding of sorts…because you never want to lose too much of your edge that you end up as mall-music, know what I mean?  “Rise And Fall” is a slightly more sincere song through its emotion than the opening tune however…it IS going for something completely different…it’s only fair to point that out too.

With guitar-notes sliding all-over the landscape and terrain of “Back Door,” this greased-up bar-rock jam is actually a ton of fun.  I’d say probably a little more fun maybe even live than here on the record…as much as I like the accenting slide-guitars and other swirling elements of the music combining together, it also seems as if the production on this one changes a little.  Vocals take much more of a backseat here on “Back Door” to the music…and it just seemed to be a bit strange as a choice when it’s the only song on the record that ends up sounding that way.  You could look at it like it’s the opportunity for you to all sing-along as well I suppose…again, the invitational nature of “Back Door” is really powerful – it really sounds like a full-on party and a ripping good time.

If I’m being truthful though, for me, I felt that the second-half of the record played stronger than its beginning.  I’ve enjoyed my time with these first three songs as well, but I felt like more chances were taken in this latter half…a little more substance and more impact through the writing of these last three.  “Losing My Mind (Too Many Times)” is absolutely loaded with quality-hooks.  Of all these songs on DownTown Nashville, you could certainly argue that they’re all catchy…but none so much as this song is.  I love everything from the mix to the writing and production…I think the band has really nailed one perfectly here that has a largely accessible sound for all and that they perform this one as perfect as you could ever hope to hear.  Great rhythm here on “Losing My Mind (Too Many Times)” where the real unsung hero is the bass that drives the melody and song entirely, but subtly as the other instruments, the drums, the guitars, the vocals…they all take turns in the spotlight as the bass holds the fort solidly.

“Believe” dials back the energy slightly and takes the record for a gentle-turn with its second-to-last song.  It’s as tender as we’ve heard DownTown Mystic to be so far – and it really works for them.  Almost like they’re slipping into a real Mr. Big moment for a second…or maybe the more pop-induced writing of Toto…it’s a simple song but a very satisfying moment on DownTown Nashville.  Excellent cymbal sounds and subtle-beat…great guitar filters and tones to the atmosphere; it’s a stripped-back moment for sure, but again, one that rings out clearly, sweetly and tenderly as the EP finds its way to its final song with “Shade Of White Bluegrass.”

Flexing their penchant for Alt-Country sounds in this last-cut, “Shade Of White Bluegrass” sounded to me almost like what the real representation of DownTown Mystic might be like overall.  I think a lot of these songs on this record sound fantastic, but not really anything I’d feel like would define ‘their’ sound so much as this final song on the record does.  I might not go as far still to say that “Shade Of White Bluegrass” sounds new still – but it does sound different than everything else that you’ll find on the EP overall.  Still cohesive enough that it makes sense…but it’s almost as if this song feels like there’s more of a natural connection to the band, music & writing on this final track than there is to any other.  Nothing wrong with that at all!  In fact, it makes for a pretty damn satisfying ending…one that I’d expect nods a little at perhaps the direction they might take on in the future of their career.  There are a ton of people out there that still love and hold these classic-sounds up higher than the rest – and let’s face it, they’re a lot harder to come by in our modern-day.  DownTown Mystic fills a void here with DownTown Nashville and their overall style and sound – I can hear that a lot of people would love what they’re up to for sure; there are great attitude, style, delivery and performances on this record all the way through.