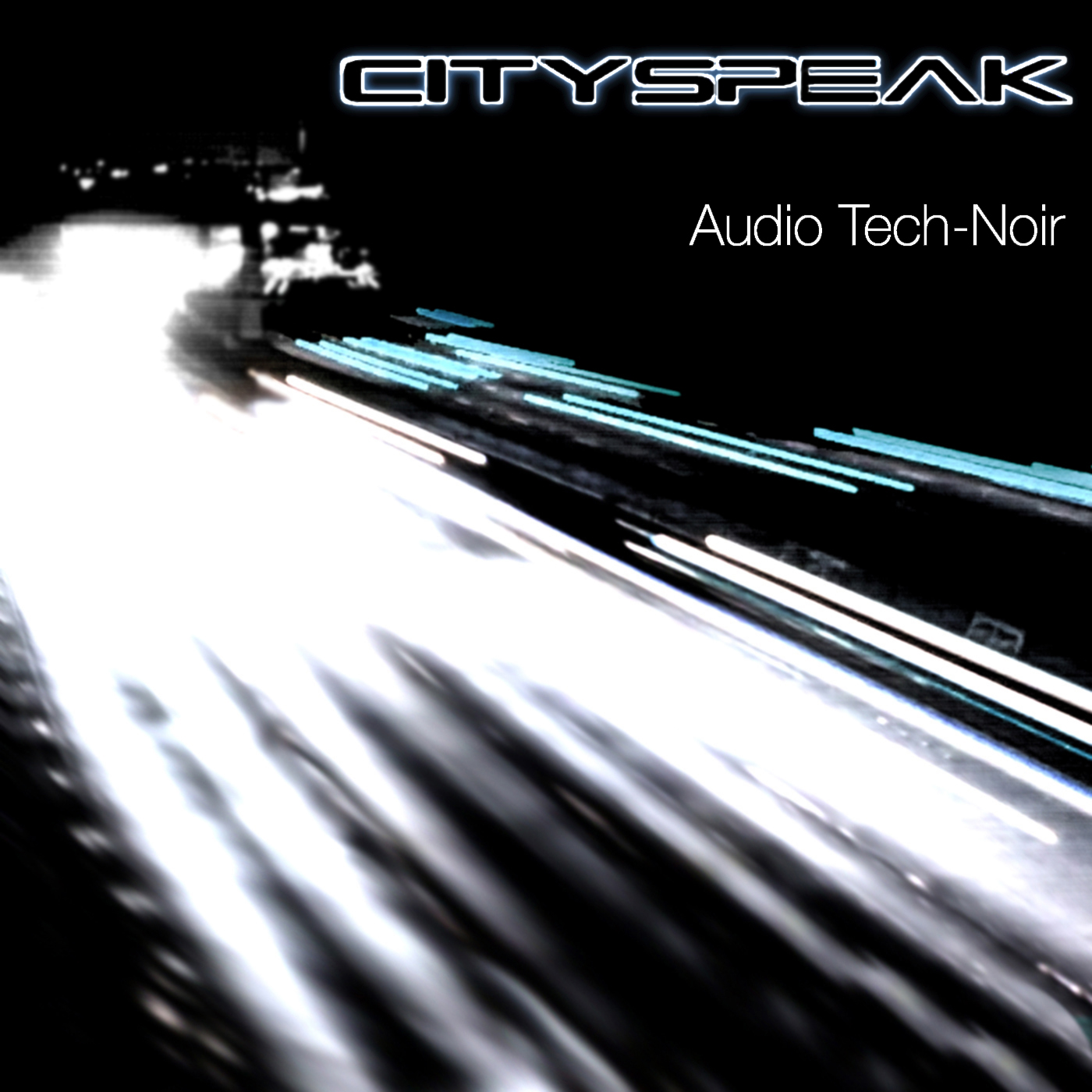 Reliable beat creator – Jesse Mason, whom we had met last year in a written interview on our pages in discovering the music of CitySpeak, was just getting ready to focus on getting this album finished and released when we had talked to him last year. Now the fruits of his musical labor are here for us all – the CitySpeak album Audio Tech-Noir has been released, full of vibrant beats to fill your upcoming summer days.

Ever since we’ve learned about Jesse and his DIY approach to his music we’ve been impressed. Every sample, every beat that has come our way from this young New Yorker has been completely worth the time in listening from day one – to hear that the album was 100% finished was more than exciting! I’ve come to know Jesse pretty well from our online correspondences and the past interview – don’t ever let a DIY tag on an artist fool you. Much like CitySpeak – that very DIY music can sound every bit as good as a major-label’s largest-scale production if the artist in question knows their way around the soundboards.

Put on the track….hmm….put on “Fata Morgana” by CitySpeak for the next nearly four minutes…I wanna fill you in on some backstory between this artist and myself & this track will certainly act as a fulcrum to leverage the weight of this comment into your brainwaves…

Here’s the thing… Post-interview, Jesse was kind & humble enough to seek out my advice on this upcoming release, Audio Tech-Noir, asking if I’d listen to the demos and provide some insight. Loving the music as I already DID – I was happy to accept this offer and extremely grateful for the opportunity. And then somehow…Mr. Jesse Mason and the music he was making for the upcoming album got placed indefinitely on the backburner. Up to the point where this album you’re listening to now…is 100% critique-free…I have to admit…I didn’t get around to “helping” Jesse out on this endeavor…

BUT! Again…please…before you start logging off…perhaps if I explain how my brain works in this whole indie-music-thing…it’ll help explain this heinous inattention…

I’ve always gone to where I felt I’ve been needed the most, whether in personal relationships, people I call friends, and certainly in this last two years, the independent musical community out there. With countless artists and bands in contact with us all the time through recording, interviews, reviews and sometimes just seeking guidance on that next step…I’m the first to admit that it leaves me with about 30 minutes each day of “spare time.” All of those other minutes go to wherever I feel like I’m needed most…

Now…if you’re following my bouncing-ball here – you’re listening to “Fata Morgana.” I ask you humble listeners & dear readers…does this sound like an artist that requires ANY help? I have to come clean and fully admit – the action of advising CitySpeak fell so far onto my backburner it nearly fell of my stove entirely. There were others out there making music that certainly needed me more for guidance or direction.

In short – advising an artist like Jesse, whose instincts you completely trust…would be crazy! Sure, it’s partly out of our own busyness – but the reality is, Jesse Mason has all the right instincts and techniques to achieve what he’s looking for AND in terms of what electro fans want to listen to. Any additional feedback from me, I fear, at BEST…would have simply been an echo of his own insightful musings into the development of his music.

Starting completely strong on the short but emotional cut “Alpha” – Audio Tech-Noir shows all the belief in Jesse Mason will pay off immediately. Electronic music can often provide a pulse and a beat, sure – but electronic music that finds its way to your heartbeat can be a totally different thing. There are many moments of just gorgeous electro-music here on this album, with passionate displays coming notably in tracks like “C-Beams” and “Blush Response.”

When he wants to shift the gears into high-tempo, and give you something to move to, he does that with ease and the album drifts seamlessly from one track to the next with each song coming at you like the next logical sound or chapter to add to the experience. Like I said – Mr. Mason knows what he’s doing. Songs like “M. Machina,” “Pris,” and “Non Finem” are great examples of electro that will move muscles, in addition to the hot lead single “Rad Racer.”

As the album winds down, “Departure” makes for an excellent down-beat-electro listen. With subtle vocal-samples and an excellent horn-line to go with its hypnotic beat and synth-sounds, it’s very reminiscent of Prefuse 73 through its jazzy-structure, or perhaps even Four Tet. It acts perfectly as that nod to the final track coming – the epic “Omega.” Orchestral in design, this track led in a piano vs. electro groove wraps up Audio Tech-Noir on the right note. Highlighting all the abilities you’ve found within the album, CitySpeak crushes this final track right around the three minute mark and transforms the song into the epic ending the album deserved.

For an hour long electro album – this flies along. The diversity is there, but there’s also enough identifiable moves from Jesse Mason in his CitySpeak style that it also packs an incredible consistency and recognizable flavor throughout. Establishing a “sound” in electro can often prove to be an incredibly difficult thing – but I have no doubt in my mind that I could close my eyes and identify a CitySpeak track out of a musical line-up.

There’s a talent for assembly, song-writing and production that others just don’t have in this genre that are all over Audio Tech-Noir. If this album proves anything at all – it’s certainly that Jesse can continue to trust his own instincts to lead him to musical victory. The ability to connect emotionally with the listening ears, the ability to convey his love and passion for music without using words…the care, dedication and precision to make each song stand out….it’s all here.

All of these excellent musical attributes and qualities in Jesse also lead to one fantastic conclusion; with the dedication, love & respect he has for learning this craft and finding creative & inventive ways to assemble sound…I’m quite confident he’ll ALWAYS be around making more. Awesome right?

Check out Jesse Mason and the music of CitySpeak by finding him here: https://www.facebook.com/Cityspeakmusic