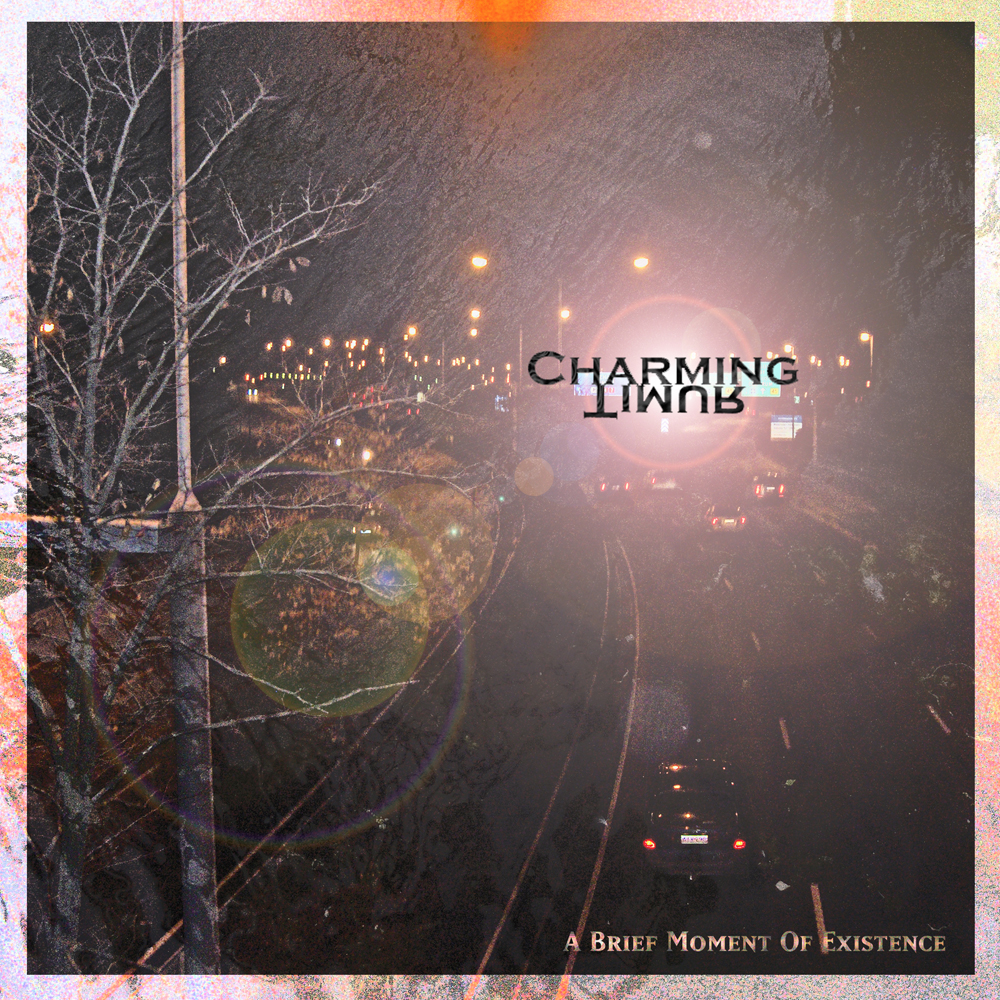 Ummm…ok…watch your volumes on this one…starting Charming Timur’s new album A Brief Moment Of Existence off as loudly as you were playing that last jam you heard from whatever band might just spike your heart rate through the roof – or make you wish you were wearing your brown pants! So be careful with those speakers – there’s no easing into this album; Charming Timur is here to fill every inch between your walls with a sound onslaught!

No joke – from moment one, this one-man unit from Helsinki is throwing more at you than most bands can in their combined efforts. As a guy that personally NEEDS a ton of sounds coming at me every once in a while – opening tracks “OCD,” “Falling Down,” and “Cut You Open” greatly satisfied this hole that is often wide-open in my never-ending list of indie-music to listen to.

As noted in our latest interview with a similar artist – Chris Romans of The Last Surrealist (Also a solo-act) – it can often be extremely difficult to get that word spread, or the message in the music out when presented in such an in-your-face style. That being said – there’s certainly awaiting ears for this style of Nu-Metal…and I definitely found a ton of this album to be extremely interesting to listen to on a production-level. The dynamics of the album are fantastic…a shift you can hear nearly mid-way through the third track “Cut You Open,” and then certainly into the following track “My Pain.” Musically, it all becomes a little less frantic, which leads to the strength in clarity as Charming Timur highlights parts of the instrumentation through the excellent use of the loud/quiet combo. “My Pain,” is often just as brilliant when everything cuts out & slows down, leaving just basic bass and drums, as it is when firing on all cylinders.

As a quick side-note for our readers & followers…if you dig on sounds we’ve brought you in the past from Fey, Sky As Skin, or even Closer – Charming Timur is DEFINITELY an act you want to check into…

According to what I can find online…aside from a “mysterious man” who “played some drums and rhythm guitar” on “All The Same” – everything you’ll hear on A Brief Moment Of Existence is created, produced and put together by Lauri Santeri Lohi. Credit truly needs to be given here, in the songwriting department, even if it’s not the style of music you might normally dig on. You can clearly hear just how much effort would have been necessary to not only come up with and create these enormous sounds – but to fit them all in as clearly as Lauri has here is a true achievement in indie production. It’s rare to find an indie album that can match up equally in concept and production, but I believe we have one here.

“Broken Personality” is a complete monster! LOVE it. Such an excellent contrast of bright and beautiful guitars against the swaying vocals, and then against the ultimate burst of sound as it all comes together. Lauri is beyond phenomenal in what he can put out for sound through the vocals. If you need a lesson on how to get your screams across clearly, this would be an excellent place to start.

Like…for real…I imagine the ‘clean-up’ duty of a recording session with Charming Timur has got to include sweeping up little chunks of Lauri’s lungs from the floor. It’s literally like the very inside of him is making its way out to join you on each and every track!

In a clever combination thematically, tracks “Ego Machine” and “Center Of The Universe” work extremely well together as a set occurring in the second half of the album. Again, I’m a huge fan of sound-collages and I love singers and vocalists that aren’t afraid to take chances on a heavy effect to style their sound overall, or simply on a single track. Opposite to many of my peers, perhaps stemming from my own experience with vocals – I really believe it takes just as much courage to dirty-up or change your natural sound. People talk about ‘relying’ on effects…I mean, c’mon…if you’re only experimenting with your ‘natural’ sound – you’re ‘relying’ on only one quality. “Our Day Is Beautiful (The Obsession Song)” is another massive example of his ability to reach out, expand and create new sounds. Experimentation like this…using the vocals as a virtual instrument in the music is an approach I’ll always appreciate – big thumbs up to Lauri here for these moves.

As it closes on the final track “Nostalgia” – a slower version or similar feeling as “Broken Personality” – you can really get the closure you need and realize what a satisfying listen this was. It’s fuckin MEATY – and cooked just right all the way through. The album has pain…it has emotion…and whichever way these songs have come out, distorted, effect-laden, or straight-ahead – they reflect those feelings stored within Lauri that have been caged up and waiting to come raging out in full control.

But what makes the album and songs as great as they are – is that production aspect and how nailed tight it all is. It’s through that precision that you know beyond a shadow of a doubt, that as chaotic and lashing as the music can be – through Charming Timur Lauri has found a way to channel that angst into something artistic on A Brief Moment Of Existence.

However brief – after listening…you can only hope that at the very least there’ll be more of them to come in the future.

Check out the album for yourself at: http://charmingtimur.bandcamp.com/