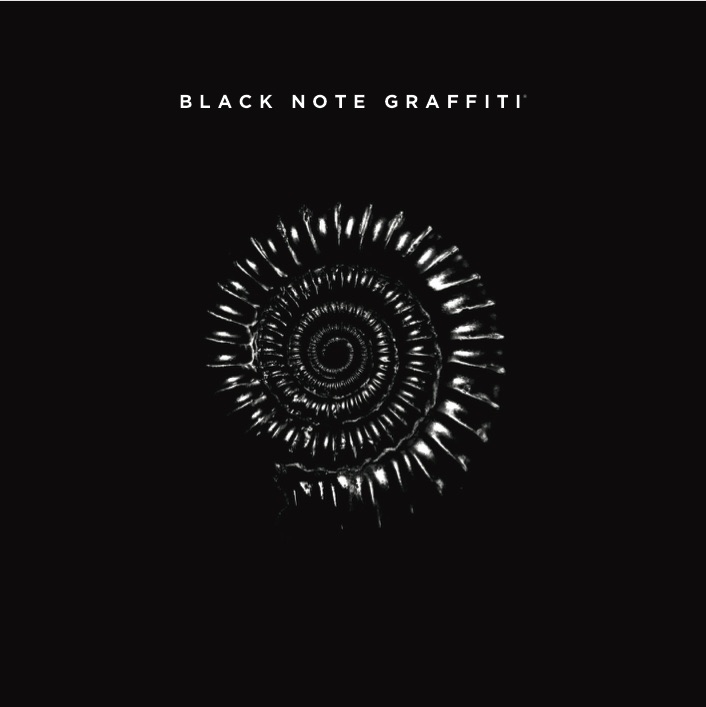 Yup.  Thumbs-up to this.

Black Note Graffiti have the kind of difference in their sound & approach to rock that makes all the difference in the world in setting them apart from the rest.  The work, effort and focus is clearly being applied in massive doses here on their new single “Such Is Art” – when you get right into this cut, I swear, there are so many elements of what contributes to its powerful hooks and exceptionally clever structure and swift, strong movement.  Black Note Graffiti is making noteworthy combinations of progressive metal inclinations within the constructs of a heavy-rock sound…I think it’s pretty damn tough to ignore stuff really – “Such Is Art” really has a lot going right.

When we’re talking about attention to detail, effort and focus here in reviews, we’re talking about music that takes time to explore its ideas in-full and layer-in a depth to the sound to bring out those ideas into our reality and stereo-systems.  “Such Is Art” has all this & more.  Seriously…get right into this one and turn it right the hell up so you can listen to the way they make this cut move and I promise you, you’ll get so much more out of it than you will with about 99% of the rock-anything bands out there.  The production, performance and overall execution on this track is extremely high-level – Black Note Graffiti has got a perfect, powerful mix on “Such Is Art” that has extraordinary texture and clarity contrasting brilliantly through the atmosphere and attitude of this new single.

Even in the information you can find on Black Note Graffiti points to the differences you’ll hear in their approach.  Self-described as a band that ‘fuses progressive metal with melodic hard rock, injecting a harmonic hubris, a pulsating prowess and a syncopated style all their own’ – all alliteration aside, that’s pretty damn accurate; especially that part about the harmonic hubris.  These guys have a ton going for them in the vocal department that really makes their overall sound unique in today’s world…there’s something really smart, fresh and different in their approach to the backing vocals and harmonies that are prevalent in one way or another almost all the way through the song.  “Such Is Art” has a deadly whisper that runs throughout the verses and bright, bold harmonies in the chorus that strengthen the sound.  I can definitely admit it all caught me somewhat off guard at first…to the point almost where I was wondering if it DID in fact work, this recipe for heavy, grinding and explosive rock with such pronounced harmonies in the background layers.  Pretty sure by the time I reached the end of that first listening experience I was already convinced that it not only worked, but that Black Note Graffiti has a real angle into the music-scene with the uniqueness you’ll hear in the sound of a single like “Such Is Art.”

No points need to be taken away from this cut though…I really hear the effort and the execution here and it’s about as damn good as it gets.  In terms of rock-music, I’ve many times expressed how much easier it is to pick on the genre as a whole due to a general lack of imagination and laziness to reach for that next-level…but I really think this crew might be onto something here.  “Such Is Art” reminds me of like…the raw power of a band like Cold combined with the intense musicianship and songwriting ambitions of a band like King’s X.  Black Note Graffiti rips through an impressive and appealing range of sound with full passion and power put into every movement – those vocals in the chorus from Ricardo Ortiz alone should help put these guys on the map – dude is completely gripping and teeming with strength right when the music demands his best, and he delivers spot-on every time.  Great energy from Ricardo on the mic…it’s furiously intense but so tightly controlled it can’t help to be heard as anything other than straight-up impressive to any set of ears.  Bass from Adam Nine and guitars being supplied by Ricardo and Kris Keller all keep the song crunchy and rife with low, menacing and threatening tones.  The mix on the drums from Kurt Keller and the strength & precision of his hits is damn immaculate.  In essence, the entire band storms over the vast terrain they’ve created in about 3:40-ish worth of time and scorched the earth as they stomped the villages underneath them with the big-boots of sonic force.

The entire band has an unreal depth of imagination and talent within their band.  The ultra-expressive, raw power of “Such Is Art” is a fucking intense cut that explodes with just as many ideas as it does rage-filled moments.  The breakdown around the 2:30 mark is brilliant and adds piano briefly into the music for a serene moment…that infamous ‘calm before the storm’ kinda thing.  And like a fireball comet burning through the atmosphere, they surge with energy through its scathing chorus once more before breaking the song down once more at the end in a completely rad way that puts a real spotlight on the harmonies that have led to the dynamic sound in the hooks we’ve heard in the vocals.  No matter how good the band is – the songwriting of “Such Is Art” stands out to my ears just as much as their limitless potential.  I think Black Note Graffiti has a real grip on their ideas, style and sound and I’d bank on this crew twisting up some really inventive, innovative and intense tracks over these next years to follow.  You can hear the passion, you can hear the skill…but more importantly than anything else, I think you can hear that this band is completely ready for whatever that next chapter of their story will bring.

Find out more from the official Black Note Graffiti homepage at:  http://blacknotegraffiti.com/