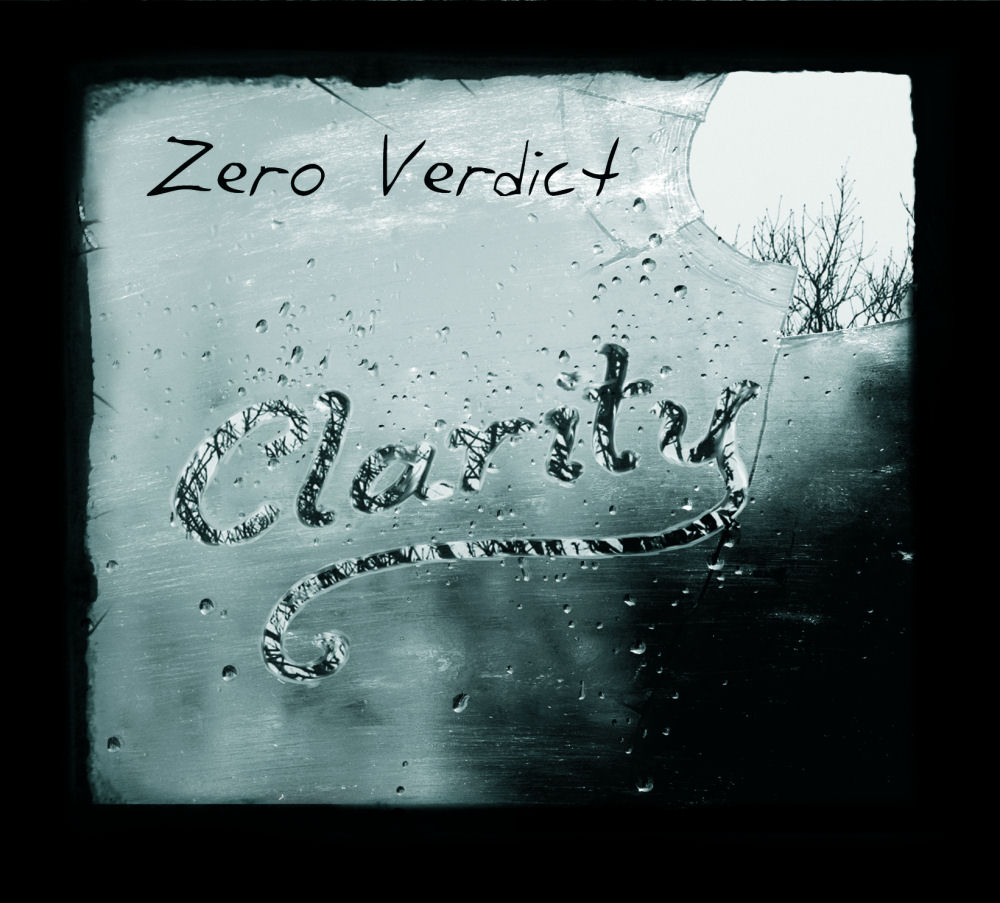 You may have seen this album cover pop up at the end of our internet show SBS Live This Week through postings of the recut episodes with Laura Kelsey on our new home at Vimeo. You might have also noticed that although we’ve continued to review music at a steady pace this month, that if you were to go strictly by the ad placed at the end of the show, that you might have thought Zero Verdict would be the ONLY band we’re reviewing this month! A subtle but mysterious ad for the review would come onto the show…and no one else, like they had already shattered their peers and competition! Well played Zero Verdict, well played….

What? I mean it! Seriously – this is extremely well-played music!

Coming to our pages here in Canada all the way from Oulu, Finland – I was impressed by the prog-rock/metal sound in this band early on in the EP as the opening track “The Perfect White Lie” began. Overall – once that EP had spun fully in complete rotation here at the studio for some time, I could hear a 70’s sound with a large update on it. For some bands, that might be the kiss-of-death if you were to look on a social media page after somehow to find that the band in question was looking for that “now” sound…but that’s not the case here with Zero Verdict. You can actually see right on their Facebook page that they display their 70’s influence proudly, all the way to modern metal.

And that explains that updated sound somewhat. They have a penchant for the high-vocal & harmony combo that has always been the best friend of prog-rock and early metal. Oddly enough, a lot of it, vocally reminds me of a more-aggressive & intense version of Def Leppard. I had to check into that one, for reference sake, hoping to find them squeaking into the 70’s even though I was positive they existed only later on, which they did – the first album came out in 1980. BUT – perhaps those out there who really know their stuff, know they also technically started in 1977 under the moniker of Atomic Mass…so maybe there is validity to this comparison in there somewhere after all.

Now – I’m not an idiot…I know who my readership is, quite well actually – I talk to about 70% of you out there one way or another! If I left you with a Def Leppard comparison, and that was it – you’d all be here the later catalogue of DL…songs like “Two Steps Behind,” maybe something like “Make Love Like A Man.” As DL began the road to pander to the over 40 & female crowd – they lost the edge they had into the bliss of commercialized success. You won’t find evidence of that ANYWHERE here on the Zero Verdict EP Clarity – intensity reigns supreme.

Lead by the vocals of Sami Huotari, guitars of Tapio Mattila and bass of Juha Haipus – this band never stops pounding away at the intensity, even in their slowest-burning moments. With ¾ songs clocking in at over 6 minutes long, including the incredibly-played title-track – I was more than pleased to hear the thought that has gone into this album. Each track, I would have to imagine after listening, has come out EXACTLY as they would have wanted…or at least my imagination certainly isn’t vibrant enough to figure out anything else they could have stuffed into their music! Each song is completely full-to-the-brim in sound, but thankfully still never overloaded or crowded in production or mix.

You’ve got Sami up front, always delivering at the top of his range and back again – I can tell you firsthand as a singer myself, that this guy’s lungs could potentially need all of the oxygen in a room to pull off what he does. Not only does he have the perfect style to fit their music – he really does have an incredible set of pipes – but he ALSO has the technique required to pull this all off more than convincingly. Quite often, with a singer as powerful as this, even with the sharpest production you’ll often hear evidence of that singer huffing and puffing, taking in the air required to hit that next powerful note…but you won’t hear any traces of that on this EP, or anywhere from Sami; these are clearly the vocals of a seasoned & well-practiced veteran. In this track as well, you’ll get that perfectly-timed and toned bass from Juha holding the rhythm as guitar player Tapio lifts the guitars to the front of the mix during powerhouse solos.

Basically – each member is performing at 100%, 100% of the time on Clarity – leaving you satisfied completely by the time the title-track plays out its final seconds. I’ll be completely honest however…I’ve looked as best I can and I’m still not sure where the drums are coming from, but those rhythms, beats and intense play certainly hold these songs together with the perfect musical glue. If they were programmed, they’ve done an excellent job – they sound completely real and perfectly played. If it IS coming from a real person and not a robot – to this person I again say, well played!

There’s commitment all over this EP – you can hear how tightly produced each track is, but equally important – how tightly played each element that makes up that song is as well. I’ve gotta say – the solos laid down on this EP, particularly the guitar-solo from Tapio on “Alone” were absolutely astounding – easily some of the best I’ve heard invade my ears in 2014. If you’re looking for simple verse/chorus/verse, politely move along please… Zero Verdict is looking to take you on a sonic journey through the musical territory & terrain they all know, love, and most importantly, PLAY so well.

Find them on Facebook and get some more Clarity in your life! https://www.facebook.com/zeroverdict